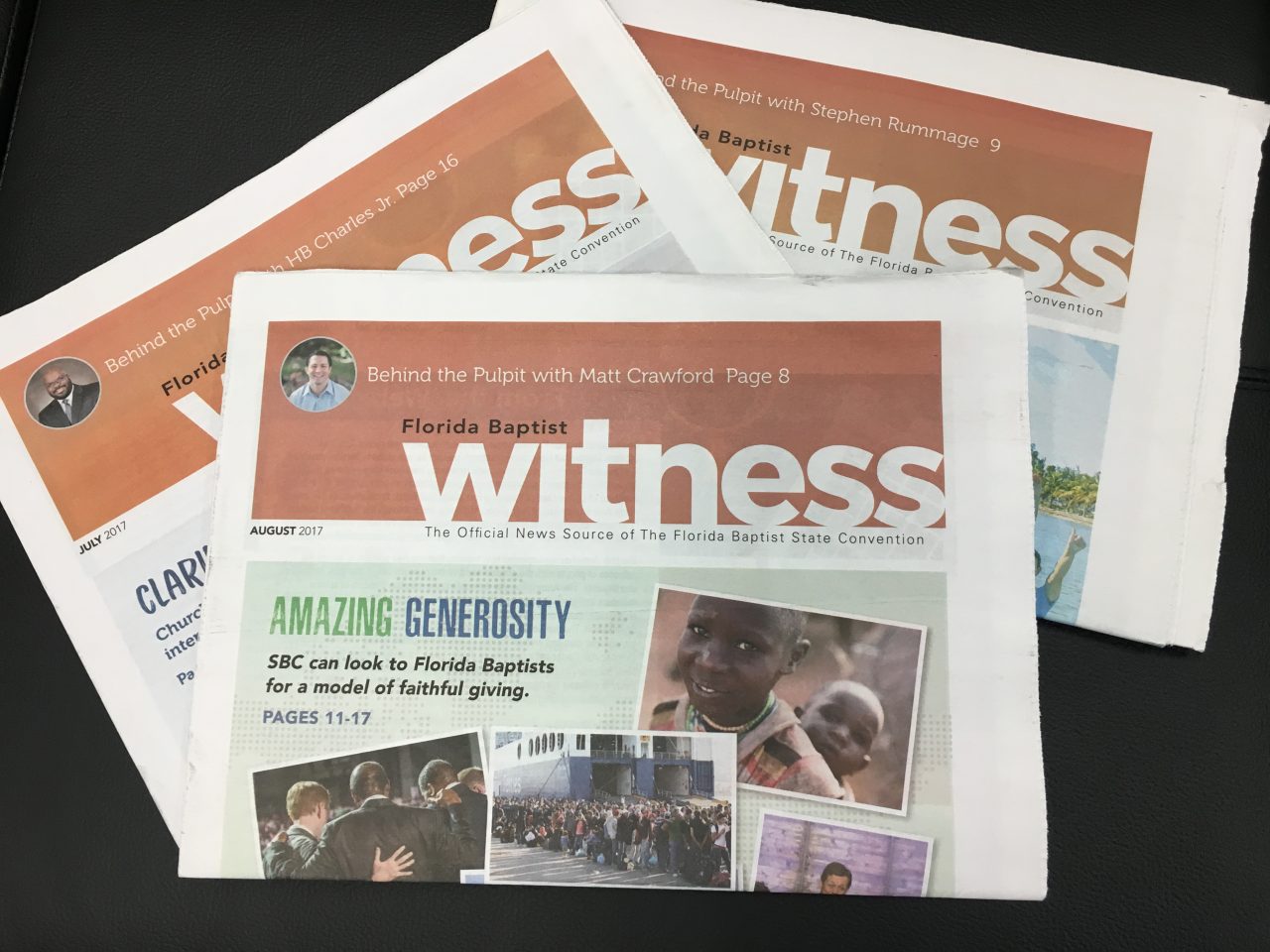 In Florida, the Witness has been informing and inspiring Florida Baptists since 1884. Once a paid subscription, we now publish for free church stories and Florida Baptist Convention (FBC) news as we’re aware of them.

Our new digital format ensures that stories of all that God is doing around our state are reaching Florida Baptists quickly.

“Almost two years ago, the Witness board decided to convert to all-digital content and we’re not looking back,” said Mark MacDonald, Strategic Communication Catalyst of the FBC.  “We’re now reaching more people, by telling more stories, and delivering them conveniently in a free, weekly, customized email.”

“The Witness has three times the writers covering the entire state and twice as much content,” he added. “Ultimately now, Google helps us push our stories to an audience who’d never think of picking up a newspaper. God is blessing the digital Witness.”

“As a pastor and reader of the Witness, I love that the new version is easier to access and share,” said Derek Allen, pastor of Christ Centered Church in Miami. “As a Florida Baptist, I love how the new online version is more efficient and effective at communicating our message.” He also added that he likes not having to wait for a print publication to arrive by mail every other week but can instead go online and be in the know about the latest Florida Baptist news.

The Witness is sharing what God is doing at home through stories like Stetson Baptist Church’s who is loving on their community by canceling millions of dollars in crippling medical debt or the growth experienced by Hope Church Chiefland in just six months. We are also telling the stories of what God is doing abroad like the feeding of thousands and saving of hundreds in Dominica, Windward Islands.

“We think it’s just one photograph, one story, one social media post — until God blesses it, and it’s exactly like that lunch [Jesus feeding the 5,000]. It has an impact way beyond the scope of anything we may ever even know about,” he said.