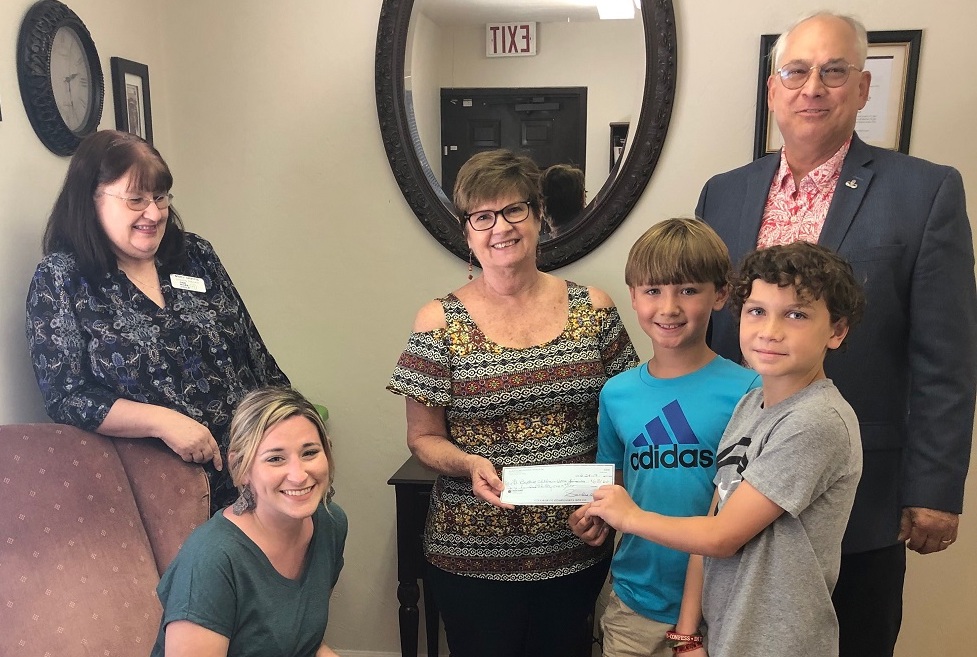 The funds were donated to the Florida Baptist Children’s Homes (FBCH) and will be used for a sports and playground project currently underway at the Gainesville FBCH campus.

During Hardeetown’s VBS in June, students ranging in age from 4 to 11 collected an offering specifically designated for the children of the FBCH. When the VBS students were told that their offering would go to help other children like themselves but who might not have homes or parents who could care for them, or had been removed from their homes, they enthusiastically took up the challenge to help.

To foster a bit of competitive spirit, VBS director Maegan Brock initiated a contest between age groups to see which class would give the most. While a few sympathetic parents also offered to contribute, most of the offering came from the children’s own savings and allowances. At the end of the week the class of fourth and fifth graders was victorious.

Florida Baptist Children’s Homes (FBCH), headquartered in Lakeland, is a network of homes and foster families throughout Florida and is affiliated with the Florida Baptist Convention. FBCH cares for children of all ages by providing residential care, foster care, emergency shelter, support for single mothers and those facing unplanned pregnancies, and adoption assistance.

Three children from Hardeetown Baptist Church traveled on July 3 to Gainesville along with three chaperones to present the check to FBCH. The Gainesville branch director, Bonne Evans, along with licensing specialist Mary Griffis, accepted the donation directly from the children.

When Evans explained that a donation to the FBCH that was not specifically designated for a particular project would have to be added to the overall budget of the statewide FBCH ministry, the children asked to have the contribution earmarked for a playground and sports equipment project currently underway at the Gainesville FBCH campus.Hardeetown Baptist Church, led by senior pastor Dr. William Blosch, is located on the northwest side of Chiefland just off State Highway 320. The church has been a part of the Chiefland landscape since 1925.

FBCH has been in existence since 1904, and together they support the common purpose of sharing Christ through ministry.