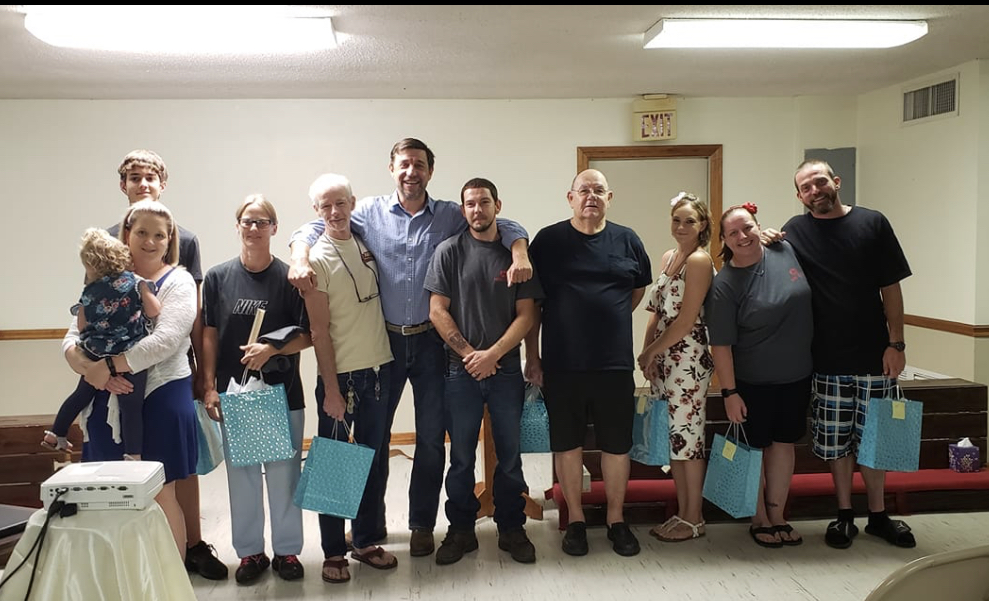 When the Rev. Jonathan Edmisten agreed to become interim pastor at a church in Chiefland, Fla., earlier this year, he had no idea this would be the church plant he had been praying about.

He could not have known that church attendance would more than triple from 20 to about 80 in just six months. Or that he would baptize nine new believers during the same time period.

But that’s just a few of the exciting things that have happened as Edmisten has led the new and growing congregation at Hope Church Chiefland.

“I am just blown away,” Edmisten said. “People here are really excited, so they are inviting like crazy. It has really grown as far as the numbers. Then we started having people saved.”

While Edmisten is excited about this success, it initially came as a surprise because the church is a former independent Baptist church. In fact, he was asked to serve as interim pastor of the former church. He agreed to help the church by preaching on Sundays, but soon members asked him about becoming pastor.

“I told them I’m not interested in pastoring an independent church,” he said. “But if you’d like to plant a Southern Baptist church, then we can talk. So they were interested and that’s how we got started.”

Some members were excited about the change. Those who were not, left the church.

“A lot of them had similar backgrounds as mine,” said Edmisten, who pastored independent Baptist churches for the past 25 years. “They were burned out with the legalism and all that kind of thing and just wanted to do something for Jesus.”

The church building itself presented a challenge as it was in a state of disrepair with leaks, electrical wiring issues, doors that wouldn’t shut and lock, and broken windows covered with wood.

“We’re completely remodeling everything and of course modernizing the look a little bit and making it look presentable,” he said.

Hope Church Chiefland’s first event in its newly renovated building will be Night of Hope, a community event for cancer survivors set for July 13. This event will be followed by a church service the next day.

Edmisten credits the Florida Baptist Convention (FBC) and Hope Church out of Danville, Va. for offering the encouragement and support needed to plant the new church. Being associated with Hope Church gives them access to resources, Bible Study and discipleship literature, a website, even an app. “We have an app with a giving button,” he said excitedly. “What church plant has an app?”

After a divorce six years ago, Edmisten connected with Brian Edwards, pastor of Hope Church Danville, who helped him with counseling and accountability. Hope Church has a big emphasis on church planting and soon Edmisten was looking to plant a church in Florida so he could be closer to his children. Edwards suggested contacting the FBC.

“As we were praying about that, this Chiefland church came up,” he said. “It gave me a piece of property, a building – even though it was rough – and some people. So, God just kind of opened the door, I feel like.”

Edmisten has been overwhelmed with the love and support he has received from the FBC.

“I didn’t know we had help like this,” he said. “I have people texting me, emailing me, and the support I felt was amazing. I am just excited to be a part of something that is so much bigger than me and for other people to be excited about what God is doing through me, it’s really awesome.”