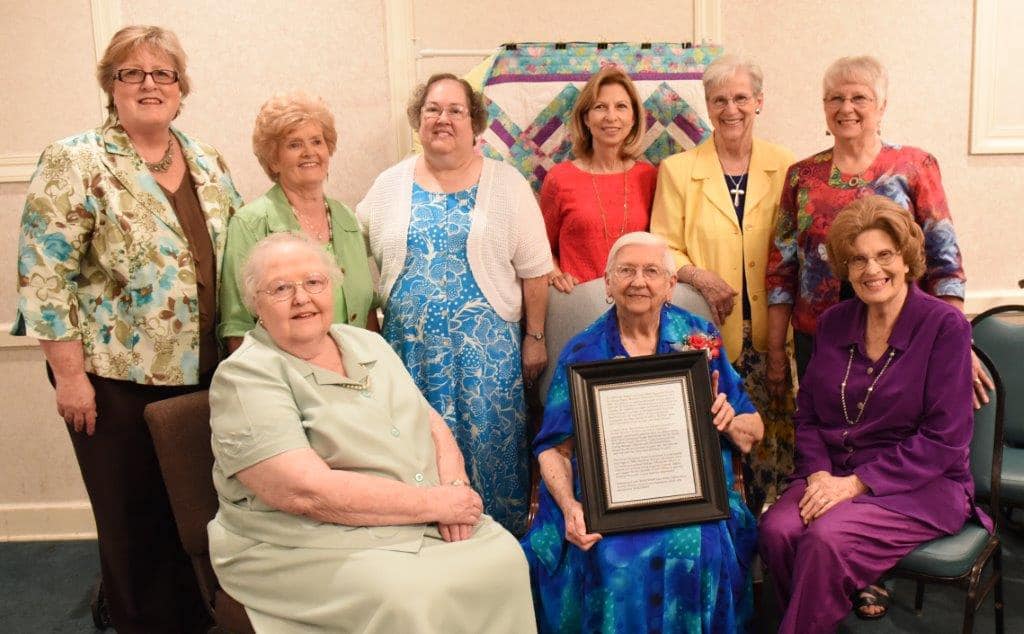 Baldwin served as director of the Florida Baptist Convention’s Woman’s Missionary Union Department from 1977 until her retirement in 1991.

She was born in Oak Hill, Florida in 1926. After retirement, Baldwin remained in her home in Jacksonville and as a member of Southside Baptist Church, now Aspire Church, until her death.

A celebration of her life will be held Thursday, Feb. 24 at 1 p.m. at First Baptist Church in Oak Hill. Interment will follow at the Edgewater-New Smyrna Cemetery. A second celebration will be held at Aspire Church, formerly Southside, on Saturday, Feb 26 at 11 a.m.

“Vanita Baldwin’s impact for the Kingdom cannot truly be measured,” said Cindy Bradley, Florida Baptist catalyst for Women’s Missions and Ministry/Missions Education. “Countless individuals heard her heart for the Savior and making Him known in Florida and around the world. Many were called to missionary service and church ministry because of her influence.”

While Bradley “did not have the privilege of serving under her, I have benefited from the legacy she built. Even after illness kept her confined mostly to home, she continued to serve by encouraging others and praying for them. I am grateful to have been a recipient of her encouragement and prayers. She was a mighty prayer warrior and faithful servant.”

During her tenure, she visited Florida Baptist churches almost every Sunday, traveled to international mission locations to encourage and support missionaries serving there and led Florida Baptists to create partnerships with other state conventions and countries.  She worked tirelessly to promote Florida and Southern Baptist mission offerings and the Cooperative Program.

In her retirement she was known as a prayer advocate for Florida and Southern Baptists’ needs and concerns—as she had done in her ministry role.

Upon her retirement, the Florida Baptist State Convention approved a resolution of appreciation, stating “her example, Christian spirit and missions vision have inspired others to give more to mission causes and to become personally committed to missions outreach.”

It expressed “gratitude to God for the faithful, willing service…and for her outstanding leadership in helping Florida Baptists churches provide missions education for women, youth, children and preschoolers.”

Prior to her retirement, Jack Brymer, who then served as editor of the Florida Baptist Witness, said Baldwin’s tenure in Florida “has not always been smooth sailing. During the 1980’s membership in Woman’s Mission Union declined not only in Florida but through the Southern Baptist Convention, yet she remained optimistic and worked even harder until the downward trend was reversed.”

He added, “Unwavering in her commitment to the Cooperative Program and home and foreign missions, Miss Baldwin has been a prophetic voice, insisting on the use of Southern Baptist literature to promote and preserve our distinctive missionary heritage.”