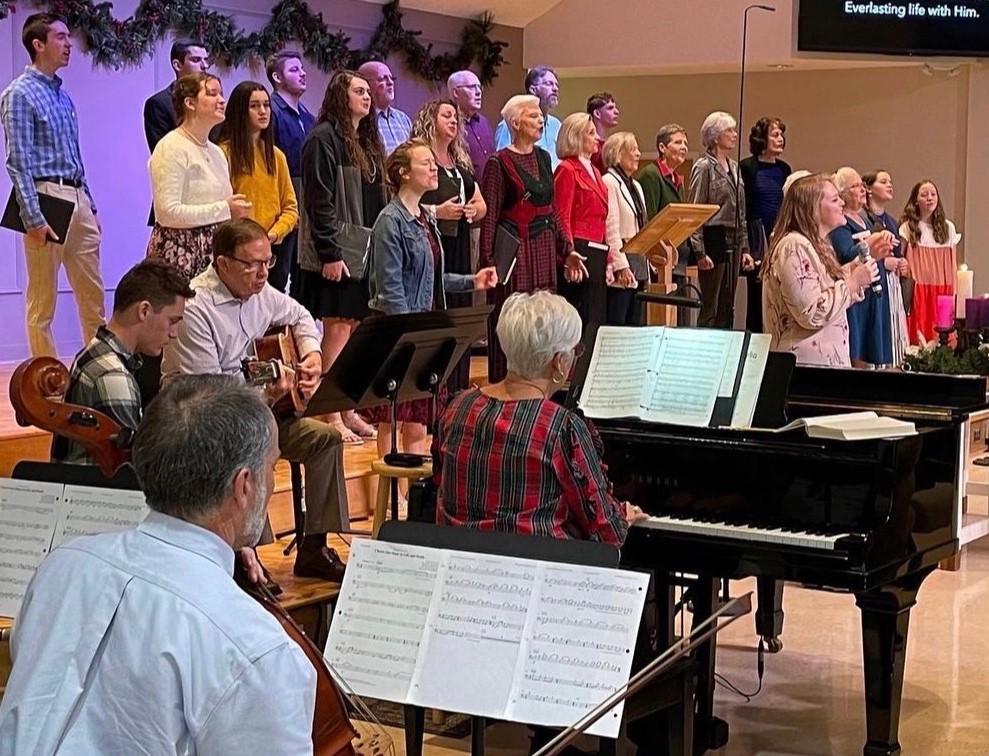 FERNANDINA—Three decades ago, Neil Helton laid the groundwork for a fledgling congregation located northeast of Jacksonville in the quaint coastal town of Fernandina Beach. Now for the past two years, he has laid new groundwork for the next generation to assume the leadership reins of Amelia Baptist Church.

Called as the first pastor to Amelia Baptist Mission in September 1990, Helton is passing primary preaching responsibilities to Jacksonville native Adam Page who has served as associate pastor of discipleship, missions and family ministry since 2014.

The Amelia church was launched in June 1989 with 15 charter members and now numbers 300 in weekly attendance as a multi-generational, mission-minded congregation with folks from across Nassau County. 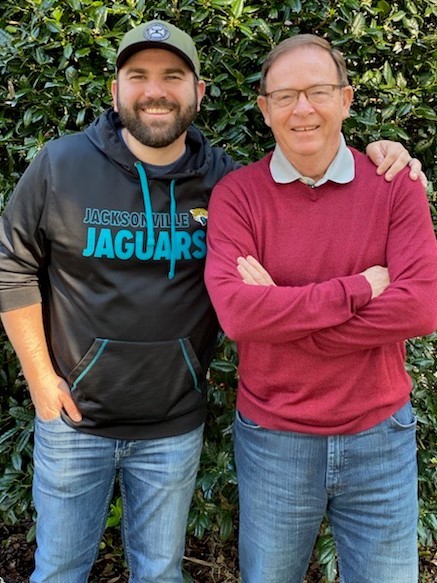 Helton and Page have been journeying together to complete a long-term transition from senior pastor and associate pastor to co-pastors with different functions within the church body.

“Coming behind him I’ve learned that you can start at a church and finish well at the same church,” said Page.

As they have prepared for the transition, Page said the two men have created a “very trustworthy relationship as mentor and mentee.”

Helton has helped guide the younger man for his new leadership role by being completely transparent with the younger pastor and applying patience with his instruction, explained Page.

“There have been times when he could have jumped in and saved the day, but it’s been important for me to learn through my mistakes,” he said.

In January the transition entered the next phase. Page, who is one of six elders at Amelia Baptist, assumed primary preaching responsibilities, as well as developing a more pastoral role with the church staff, while Helton’s pastoral role concentrates more on discipleship and care ministries.

Page says he has learned much from Helton who likes to ask him good questions, communicate with parables and never loses his cool.

During his first year at Amelia, Page admitted he was becoming stressed because people were not leaving him alone to get tasks done.  One day the wise pastor came to his office and asked, “Are people getting in the way of your ministry again?”

“I’ve learned that true ministry is people not programs,” said Page. “Develop relationships first, that is key, which is missing from a lot of churches today. We do lots of visitation, build lots of relationships.”

When Page first arrived in 2014, he found a mostly older congregation. “The older generation of our church makes the younger generation feel welcome, and that has been wonderful to see,” said the pastor. But his youthfulness helped to draw more younger adults and families to the congregation.

Based on Deuteronomy 6, Helton and Page believe the primarily the role of parents is to disciple their children, and to that end they have focused on leading the congregation to be a Christ-centered, family equipping church.

“Churches are meant to equip families to disciple their children, not take the primary discipleship role. We seek to help parents to mentor students, not just in a programmatic way,” said Page.

To that end, the art of discipleship, the practice of spiritual disciplines in the home are not taught just through sermons but in classes and through relationships. 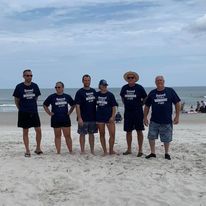 It has taken nearly six years, but they are now seeing generational fruit as family worship is conducted in homes and students are holding onto their faith in college.

Page’s vision for the church is to maintain the authority of Scripture, remain transparent with the congregation, and make disciples that will go across the street and to the ends of the earth.

As the native Floridian takes the primary leadership role at Amelia, he reflects on what he has learned through his mentor.

“With Neil there has been no arrogance. He and his wife have ministered to families here for over three decades. They’ve taught me how to love a church family, not just serve a church,” said Page.

Craig Culbreth, catalyst for the Florida Baptist Convention’s east region believes the transition of leadership at Amelia Baptist Church is one that should be studied by other churches.

“There was a plan and process in place that involved Neil and Adam as well as other leaders and the congregation. I am thankful that the baton didn’t just get handed off but that they ran together for a while.”