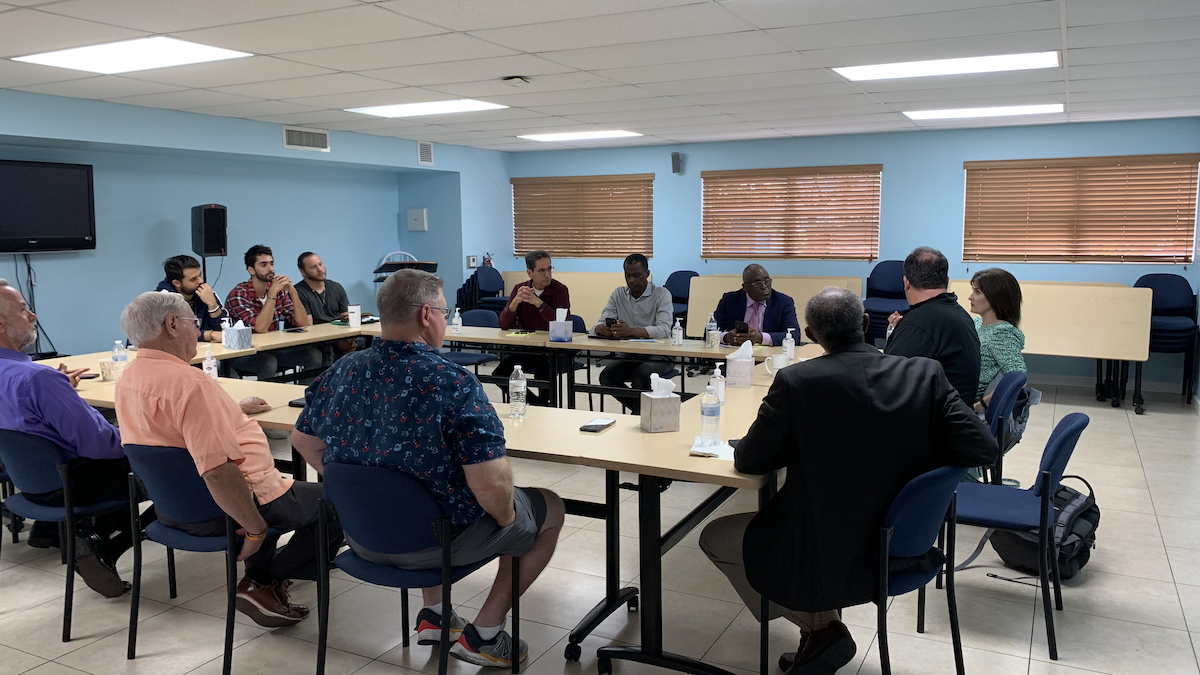 MIAMI— It is not rare for New Englanders to travel to South Florida in the winter months as they seek to escape sub-zero weather, but Hal Haller of the Baptist Convention of New England (BCNE) came with a different purpose.

The BCNE associate executive director met with three groups of South Florida pastors Feb. 14-15 at the Southeast Regional Center in Hialeah. He urged the pastors to come alongside Southern Baptist pastors in New England to encourage them, pray for them and help them as they minister in the difficult mission field.

Less than four percent of New Englanders are members of an evangelical church, Haller said. Of New England’s 14.5 million population, about half say they are not very religious, and roughly 60 percent report they seldom or never attend religious services.

“The Gospel is desperately needed there,” said Haller. “New England is considered the most unchurched area in the country. One pastor can be leading the only evangelical church around for four or five towns. Meetings like the one Florida Baptists had in Orlando (Challenge 2025 Gathering) are a rare opportunity for New England pastors.”

Haller planted Living Hope Baptist Church in Middleburg in 2012 and worked in church planting with the Jacksonville Baptist Association. His history with Florida Baptists has led him to see an opportunity for collaboration, he said.

Haller urged the pastors to first pray about this opportunity.  BCNE will match interested Florida pastors with New England pastors, which hopefully will lead to future trips and conversations. Eventually, the pastors will get their churches involved as the relationships evolve, needs arise, and trust is built, he explained.

Hispanic pastors, he added, are dispersed across the five states, and except for one in Connecticut, do not have organized networks established.

“They receive the call to pastor and launched with no help, no support, fully on their own. They are unfamiliar with networking with other pastors,” he said.

“It is essential that pastors from Florida build a relationship and build ties of love, trust, affection, and friendship with them.”

Haller advised interested Floridians to develop a “thick skin” when working with their fellow pastors up North.

New Englanders are very direct and even business-like in their interactions, he said. Florida pastors should not be offended by the coldness or their directness. “It’s a long road to build trust and relationships but when you have it, you have it”

For their part, Florida pastors are looking forward to meeting their New England peers.

David Perez, pastor of Iglesia Casa de Bendición in Saint Cloud, expressed the pastors’ sentiments best when he said, “we would love to share the friendship, community, and support we have experienced in our own network, with New England pastors.”