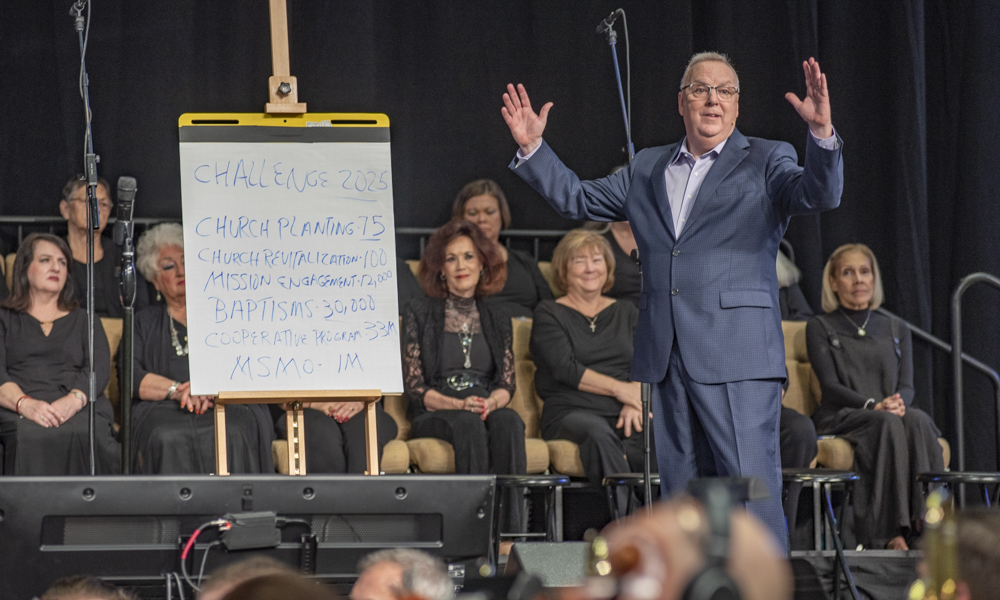 Tommy Green challenges Florida Baptists to come as ‘One’

“We have played and danced with this issue rather than lamenting and mourning before the Lord,” he said. “But tonight, we are not divided, we are not segregated, we are a family and we come as one.”

In his sermon “One” presented during the Monday evening session of the Florida Baptist State Convention, held Nov. 11, Green expounded on the theme of the meeting, “One Family Gathering.”

Only a little while earlier, the nearly 2,000 in attendance representing numerous nationalities and races gathered at First Baptist Church in Orlando arm-in-arm in prayer to ask for God’s blessings on the state’s pastors and wives, churches, veterans and nations, and the lostness of the world. 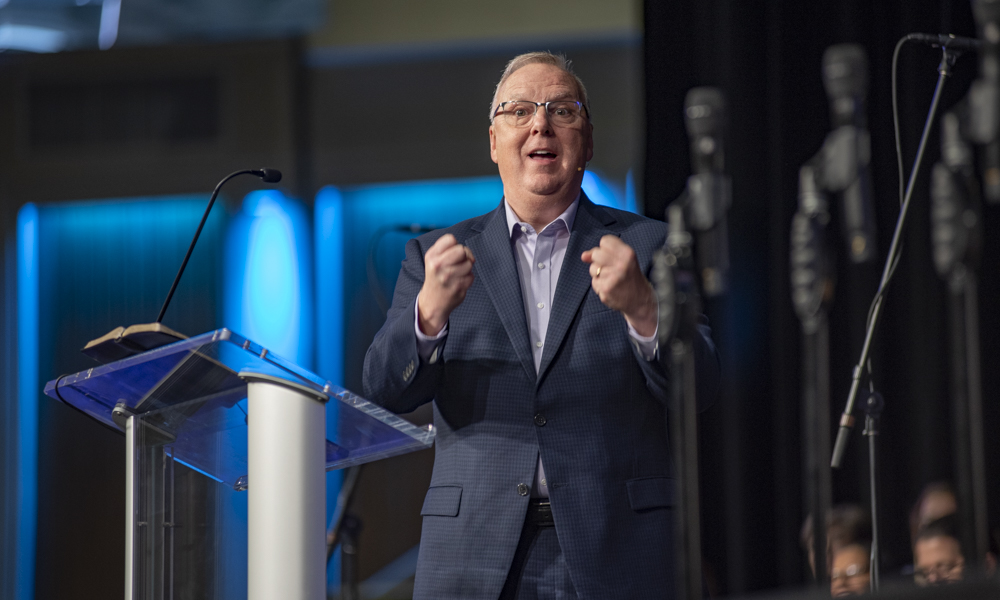 “Tonight, the world around us declares division and hatred,” said Green. “Tonight, we declare in the name of Jesus Christ unity and love. Tonight, we will change the national conversation and make the gospel of Jesus Christ the primary focus as we come together with different faces and races.”

Green asked those in attendance to recite Psalm 133:1-3 aloud and in unison in each of their own heart languages. “Behold how good and how pleasant it is for brethren to dwell together in unity,” they recounted.

“This is a statement of fact, a declaration of God’s word, a promise of blessing and a key to the anointing of the Lord,” Green said. “Through Christ, we must be unbroken, undivided, unfettered and unhindered.”

The demographics of the state of Florida are “overwhelming,” Green said, with a population of 20-plus million and 300,000 new residents arriving in the state every year. A breakdown of races indicate black or African Americans compose 17 percent of the population; Haitian, 6.5 percent; Asian, 3 percent; Hispanic, 26 percent; and Anglo, 53.5 percent.

“We need to respect and honor culture, heritage and ethnicity. We are not reaching people to make them like us. We are reaching people in order that they can be like Jesus Christ.” 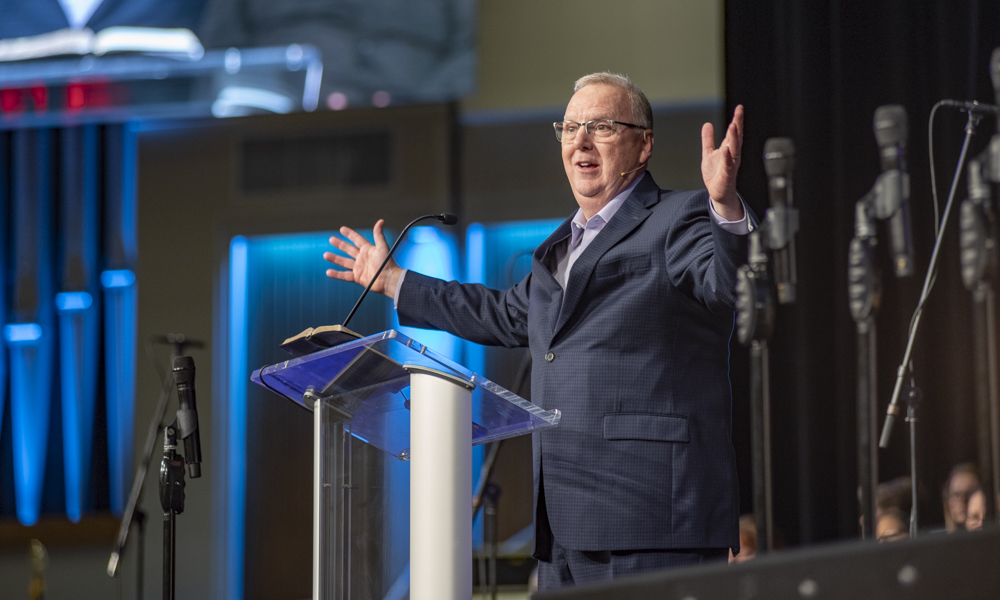 Green urged those in attendance to look around the worship center to see what God had assembled, “We are the Florida Baptist family. We are tasked with the responsibility and privilege to reach Florida for Christ.”

—increase church plants to 75 per year and church revitalizations to 100 per year;

–increase annual giving through Cooperative Program to $33 million from $30 million; and

–elevate gifts to the Maguire State Mission Offering to a million dollars.

Accomplishing such will require a kingdom mindset, Green said. But he believes “we’re going to see God do miracles.”

Prev Next
5 Comments
Leave A Reply
Cancel Reply
Follow Us