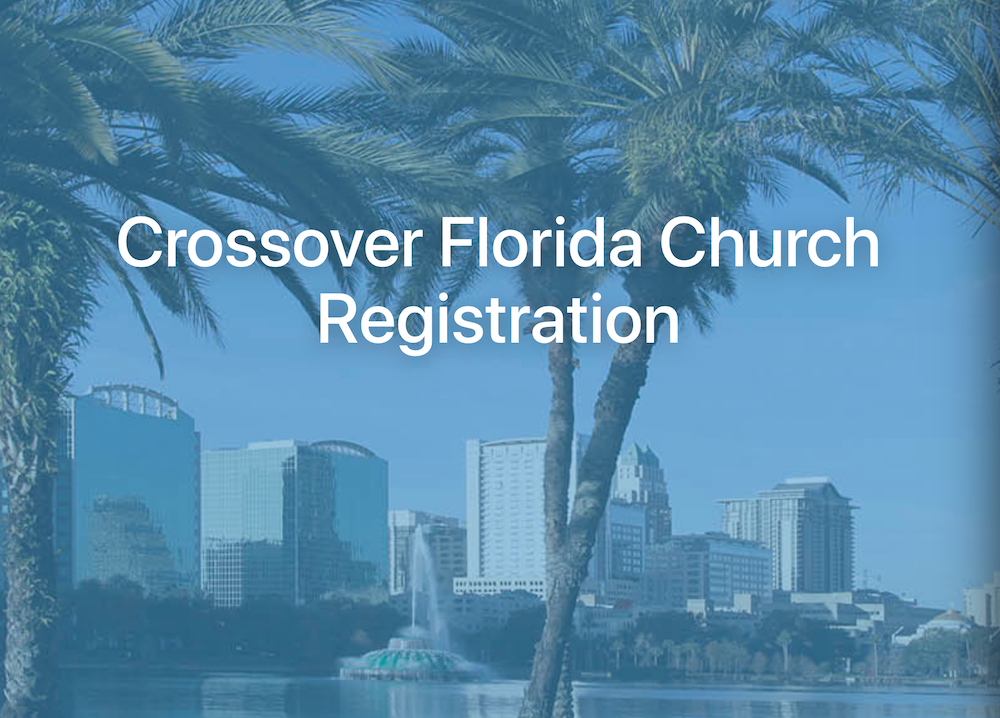 Crossover Florida to Saturate Entire State with Who’s Your One

ORLANDO– Florida Baptist churches from Pensacola to Key West will participate in Crossover 2020 to advance “Who’s Your One” prior to the Southern Baptist Convention annual meeting in Orlando June 7–10.

Crossover Florida will begin on the I-4 corridor intersecting Orlando and saturate the entire state, said Tommy Green, executive director-treasurer of the Florida Baptist Convention.

“We are praying that churches across Florida will unite to reach their neighborhoods with the Gospel,” said Green. “There is no greater celebration than when we see someone come to new life in Jesus Christ.”

Then the Crossover event will culminate in Florida Baptist churches with the recognition of “Who’s Your One” Sunday on June 7.

The suggestion to expand the June 6 Crossover emphasis as a massive, unified statewide event originated from Florida Baptist pastors who expressed a desire to have their churches involved in the Crossover weekend, said Green.

–conduct an invitation campaign leading up to June 7;

–preach a simple Gospel message and give an invitation on Sunday, June 7.

“We are encouraging churches to host Who’s Your One events in their communities on Saturday and then on Sunday give an intentional call for salvations and baptisms,” he said. Churches will determine their own community outreach, “because they know their own strengths” and what is most effective in their neighborhoods.

“Additionally, this intentional effort across our state will bring us together as Florida Baptists in seeking to make a greater impact with the Gospel through the Challenge 2025 goals (flbaptist.org/challenge-2025),” said Green.

This represents the first time the annual Crossover will be implemented on a “massive statewide” level, according to Joel Southerland, NAMB national evangelism strategist. “I think this has tremendous potential and will be a good model we can carry forward. I believe thousands will come to faith in Christ—all with the same goal on the same day.”

Green continued, “Our prayer is that churches across Florida would be involved and that thousands would come to faith in Christ!”

Will you be a part of this mission endeavor? Visit namb.net/crossover to tell us about your church’s plans.