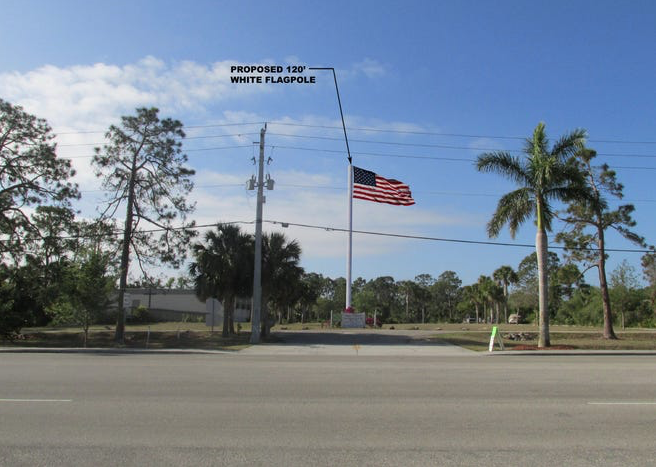 BONITA SPRINGS – Imagine a handful of faithful givers whose primary goal is to share the gospel and support the Kingdom of God but found themselves under crushing debt. Vision Baptist Church in Bonita Springs found the way out of its dire financial situation while remaining committed to the Word and sacrificially giving to expand the Kingdom.

As a long-time deacon at First Baptist Church in Bonita Springs and owner of a painting and contracting company, the last thing Ernest Harvard desired was to become a bi-vocational pastor. But, as it turns out, that is exactly what God was calling him to do.

Shortly after transitioning as pastor of Vision Baptist Church, Harvard learned that the church had a $700,000 mortgage and owed money to several people in their community.

“The Lord put it on my heart that He was going to provide ways for us to pay off our debts in two years and provide us with one affordable monthly mortgage payment,” he said. “That is when the miracles started.”

In a two-year timeframe, the pastor said, the Lord provided “one miracle after another:” a tough business investor accepted Christ as Savior and helped with a loan amount; several banks consolidated and negotiated loan payments; and a number of local Spanish churches rented space from the church until they could afford their own property. Through it all, it was evident that God was intricately involved in providing for Vision Baptist Church.

“We have seen God’s hand in one thing after another,” Harvard said. “He has continued to take care of every need that we have…It has been kind of awesome to watch unfold.”

After completely paying off their debt and dwindling down their mortgage to $300,000 in less than two years, the church was about to get a phone call that would completely change everything.

Desiring to fill a coverage gap in the area, cell phone carriers approached the congregation in 2016 about building a 120-foot-tall tower on their property that would service the quaint city of Bonita Springs, located 15 miles north of Naples. The seemingly difficult task, the church would find, was receiving approval from the city’s seven-member city council board and a seven-member zoning committee to build the tower in Bonita Springs.

“God is in the business of changing hearts,” Harvard said.

Despite taking four years from start to completion, Vision Baptist Church has seen God show up in their simple obedience and faithfulness to give. The church just received a check for $330,000 from their cell phone tower deal in September and plan to pay off their mortgage this month.

“I knew that I could not ask our people to give personally, unless we were willing to give corporately as a church,” the pastor said.

Most of the church’s $35,000 annual budget is sent outside its four walls and distributed to Southern Baptist ministries and organizations. Despite its size, the church has remained adamant in continuing to give over and above their tithes to further the Kingdom, even increasing their giving each year.

“To some people, we don’t look like we have been a successful church,” Harvard said. “If they look only at our attendance numbers, they would be right.

“But, we are faithful in our giving and being a blessing to others.”

“It’s all about the Kingdom,” Harvard proclaimed.

“One of the great things I’ve really appreciated about my friend, Pastor Ernie, is seeing his undaunted trust in God’s heart and faithfulness in watching over their small flock for so many years,” said Mark Gonzales, Director of the Royal Palm Association.

“It is truly remarkable that God has been able to do so much with a few faithful people,” he said. “It doesn’t matter how big or small we are. The key is being faithful with what we have.”

“It doesn’t matter how many empty seats we have,” Harvard said. “We are going to keep being faithful and keep preaching the Word. We just want to be obedient.”