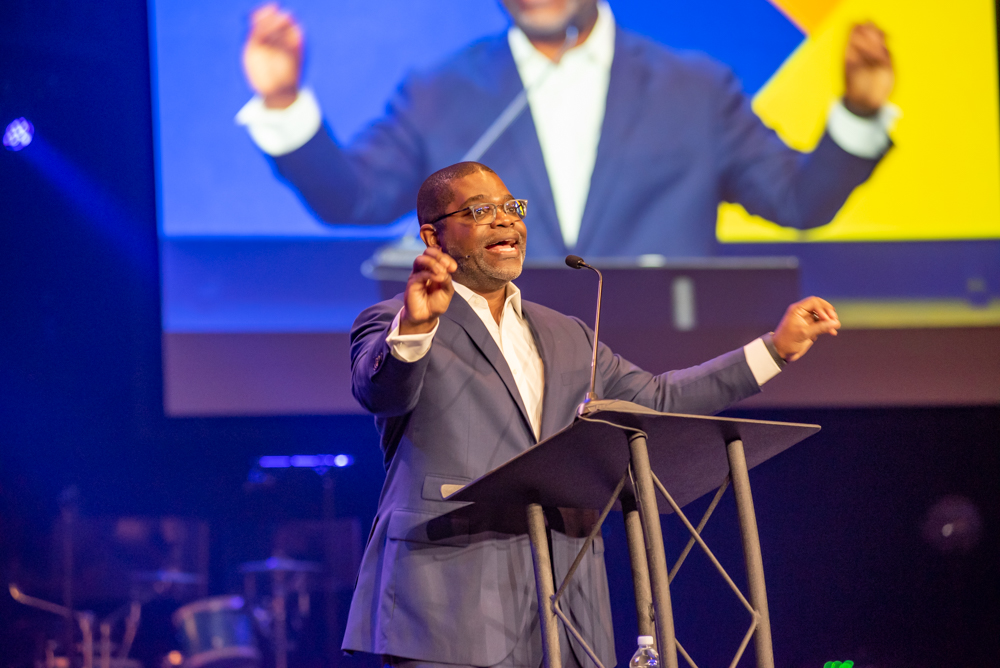 Taylor: Stand boldly on the gospel and declare He is faithful

LAKELAND–Adrian Taylor, pastor of Spring Hill Missionary Baptist Church in Gainesville, urged Florida Baptists to build together, despite opposition, ridicule or setbacks during the annual meeting of the Florida Baptist State Convention meeting Nov. 9 at Lakes Church in Lakeland.

Focusing on the Biblical text found in Nehemiah 4, Taylor said the progress of rebuilding the walls of Jerusalem was met with swift and severe opposition fueled by jealous anger. This is a lesson to all that a faithful work done for God’s glory will often be ridiculed and opposed, he said. However, the church should be encouraged to do God’s work despite those who would oppose the efforts.

“There will be opposition seeking to stop the work,” he promised. “Many don’t want the work to be done. “When you’re doing God’s work, the mission God called you to, there will always be problems,” he said. “But don’t give up. Stand boldly on the gospel of the Lord Jesus Christ and declare he is faithful.”

When Sanballat, the governor or Samaria, heard that Nehemiah and his men were rebuilding the wall, he became furious. He mocked the Israelites and called them pathetic. He tried to minimize them and their efforts.

Sanballat used the tactic of discouragement to try to dishearten God’s people, Taylor said. It is the same device that Satan uses today “to spread doubt, division, discouragement and division.”

However, the work progressed because the people “had a mind to work. God moved their hearts and minds to continue doing the work he laid in their hands.”

Taylor added, “There is no opposition or foe that can stop God’s people when they put their hearts and mind to work for the Master.” The Jews began to pray, and they worked.

They worked together, he added, because “they had a mind not to argue or bicker among themselves. But a mind to work.” 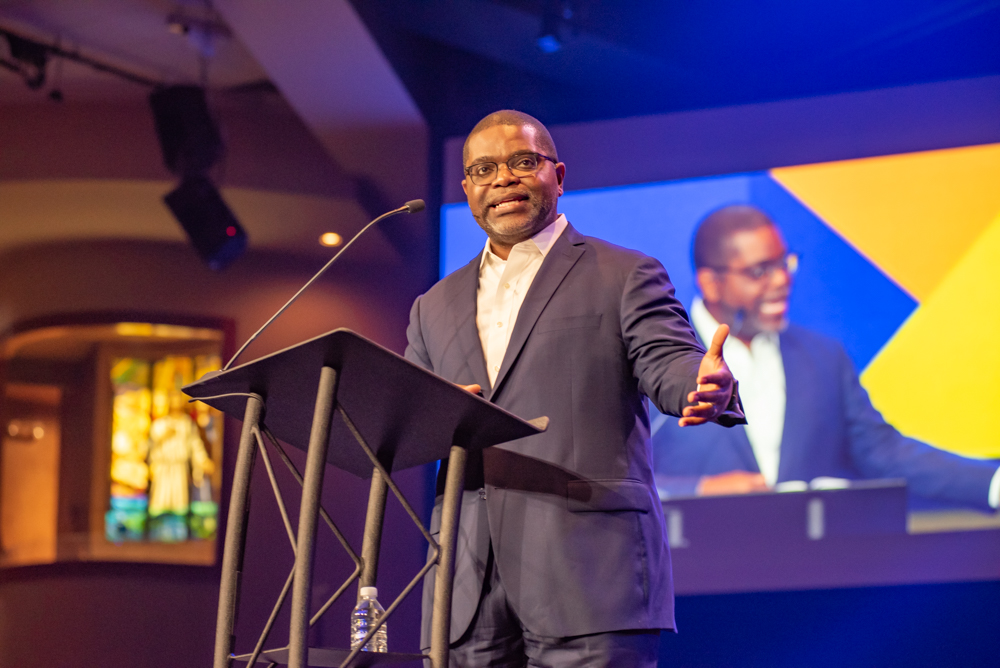 Nehemiah never argued with Sanballat, or asked for an audience, even though the Samaritan was unreasonable and indefensible. He prayed, Taylor said. “And kept a steady hand to the plow.”

He reminded Florida Baptists, “When you can’t stand it any longer, do as Jesus did and get on your hands and knees and pray, pray all night.”

Taylor warned that despite what anyone says, at some point, you must stop listening. Some people don’t want to see your church succeed. They will bring false reports, he said. “You have to have tunnel vision to hear what the Lord says. The Lord says, ‘build on.’”

Nehemiah’s strong leadership offered protection in the rebuilding as he stationed people on the lower section of the wall with swords, spears and bows to protect vulnerable areas so the workers could continue.

“Your strong leadership offers protection when you are rebuilding,” Taylor told Florida Baptists.
“Don’t look at your enemies, look to the Lord for He is great.”

Taylor added that some people are comfortable in the messes they are in, despite the destruction that surrounds them—even to the point that they excuse declining baptisms and lack of spiritual growth.

Nehemiah stood on the wall and told his people, “I’ve got your back when the enemy comes.”