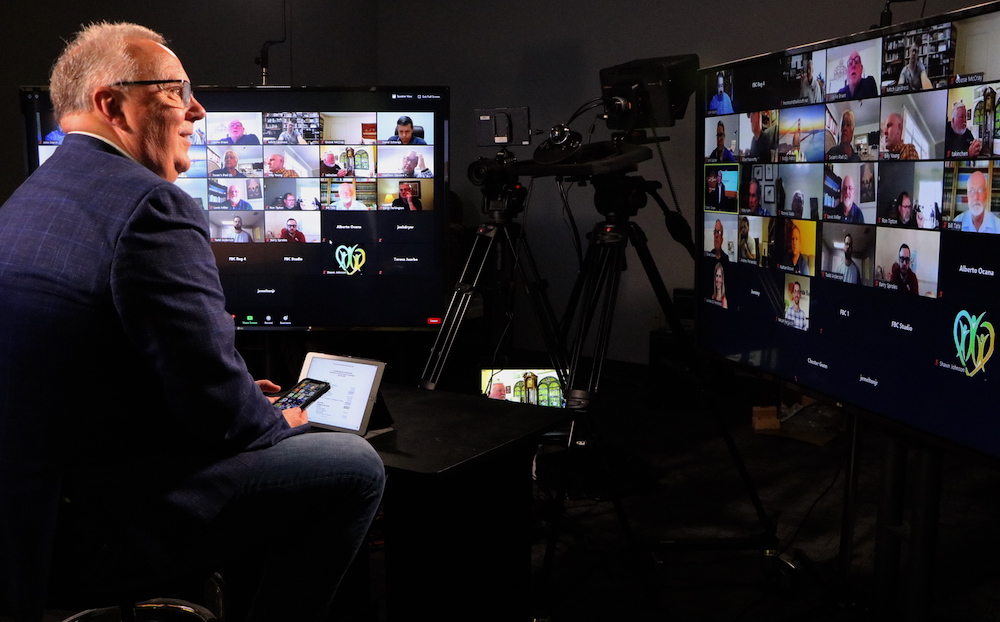 JACKSONVILLE– While many organizations have suffered serious setbacks during the COVID-19 pandemic, the State Board of Missions heard how the Florida Baptist Convention has flourished while adjusting their ministries plans to meet urgent needs of churches, pastors and the hungry during this time of extraordinary crisis.

“Thank you to leaders who have been running on a script that has never been written before,” Board member Eddie Bevill of Coral Springs told the Convention staff during the May 28 meeting held virtually with members across the state.

Board president Brian Stowe of Plant City said he was “very grateful for the leadership of Tommy Green and his staff during these past 2 ½ months as our state and nation have not only endured a pandemic but also racial tensions.”

“Through weekly prayer gatherings in multiple languages, webcasts that addressed church issues and racial strife and reconciliation, as well as working to disperse millions of dollars in food all across our state, God has worked in great ways!”

Stowe also expressed appreciation that Florida churches and members “have given obediently and sacrificially for the work to continue – in our state and all across the world.  I am truly, very grateful to be a part of a great convention of churches committed to reaching our state and the world with the Gospel!” 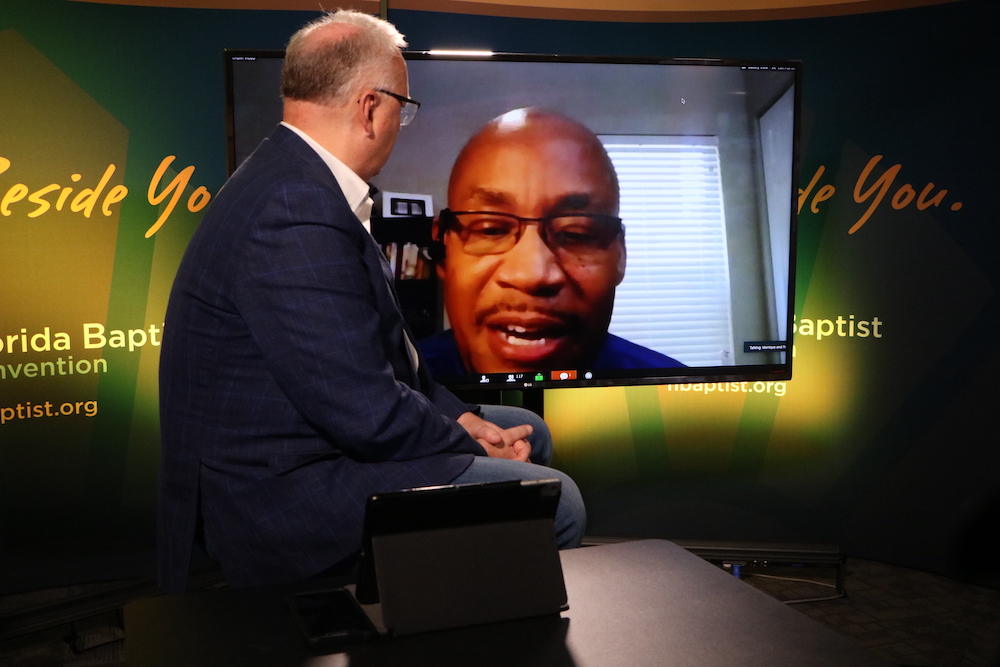 During the meeting, Board members learned that working with the state of Florida, the Convention was able to facilitate the distribution of 33 semi-trailers containing 130,400 boxes of food—or 812,800 meals–to 410 churches to feed the hungry in their communities. The food distributed was valued at nearly $4 million dollars.

“It’s been overwhelming to watch,” said Board member Jeremy Westbrook of Palm Harbor, “how many churches are able to be Jesus bridging gaps in their communities through the Convention’s efforts. He noted that even as the Board was meeting, truckloads of food were being unloaded at his office to be supplied to area churches.

The delivery of food was made possible by the Convention’s long-standing relationship with the state’s Division of Emergency Management as Florida Baptists have risen to the challenge to respond in the past through Florida Baptist Disaster Relief.

Almost immediately when the crisis time hit, Tommy Green, executive director-treasurer of the Florida Baptist Convention, began making adjustments. He alerted churches with outstanding Convention-made loans that a moratorium on payment would be in effect until June. During the meeting, Green announced the loan payments will now be delayed through August.

Other action included applying for and receiving a $650,000 loan from the Small Business Administration’s Paycheck Protection Program as outlined in the CARES Act. Green said the money was used in compliance to supplement staff salaries that had been reduced to prepare for the downturn in the economy when the coronavirus hit. In mid-August, the Convention will make application to have the loan forgiven, which is expected to be approved. 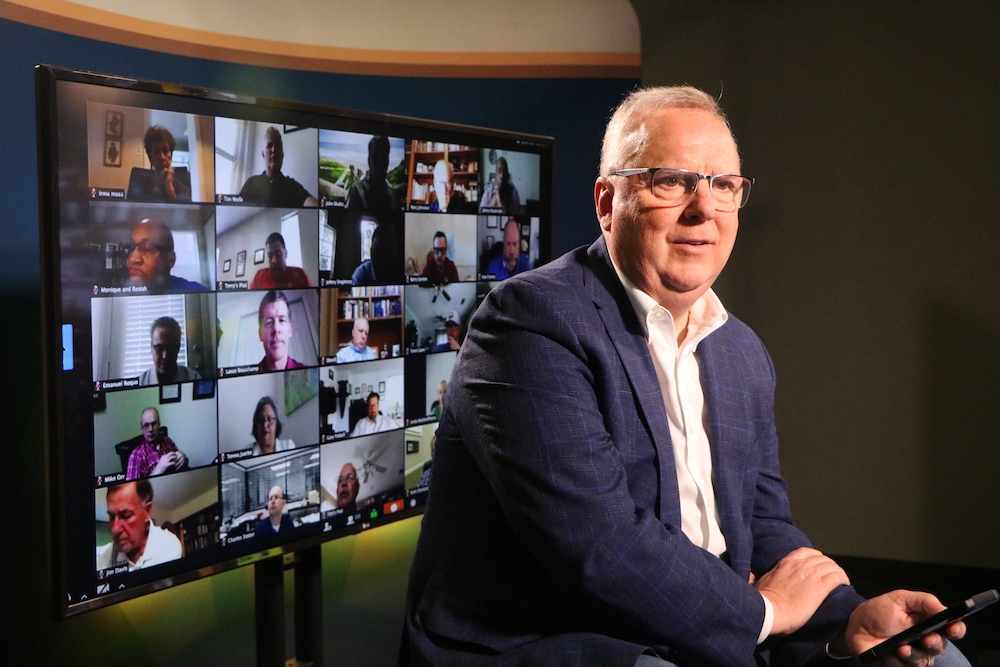 Giving by Florida Baptist churches through the Cooperative Program during the first four months of 2020 totaled $9,211,577, representing a $788,443 shortfall from $10 million year-to-date budget. Noting that the Southern Baptist Convention’s Executive Committee received 51 percent of the receipts, totaling $4,697,894, Green said the Convention had managed to underspend its expenses by $744,491 to compensate for the decline in income.

When asked how the remainder of the year looked in CP funding, Green assured members, “We are still pretty much on target. Let us move through summer as we prepare in August to recommend the 2021 budget and we will know more.”

Among other business, the board approved a 2020 Maguire State Mission Offering goal of $700,000 that will again earmark 100 percent of the proceeds to the Florida SEND Network. Since August 2017, 100 percent of the offering had been allocated to the SEND Network Florida initiative for church planting. By giving to the offering, “every contributing church becomes a church planting church,” said Green.

The Board received as information that the 2019 Maguire State Mission Offering received $642,345–or 77.39 percent of the offering’s $830,000 goal. Contributing churches increased to 538 from the 526 participating the prior year.

In other matters, the Board received a report on the 2019 Annual Church Profile noting that 84 percent of all churches provided an ACP to the Convention. Green said the staff diligently tried to contact non-reporting churches through phone calls and site visits. Final statistics included: number of congregations, 2,861; total members, 870,896; total baptisms, 25,312; worship attendance average, 436,913; and Bible study/Sunday School weekly average, 239,498.

In a related matter, ACP statistics revealed that 82 former Florida Baptist congregations had either closed, disbanded or withdrawn from the Convention. Green said the status of these churches were discovered while contacting all non-reporting churches.

The Board also authorized the sale of 21 acres of land—including 6.47 acres identified as integral—located on the Florida Baptist Children’s Homes’ Jacksonville campus to the First Baptist Academy of Jacksonville to relocate the church’s school from its downtown location. As outlined in the FBSC bylaws, the sale of “integral” land must also be approved by messengers attending the 2020 annual meeting in November.

The Jacksonville children’s homes campus is composed of approximately 49 acres, of which nearly 25 acres is considered integral property. The FBCH will retain the remainder of the land and with the proceeds of the sale plans to provide for future expansion, including the building of a compassion center, single mother’s homes and foster family homes.

Noting that all Convention-owned properties had been closed in response to the COVID-19 pandemic and “stay-at-home guidelines,” the Board adopted a plan to keep these properties restricted from outside groups until the state of Florida enters Phase 3. After that time decisions for utilizing the facilities will be done on a case-by-case plans in keeping with the Centers for Disease Control recommendations. Additionally, some cleaning fees may be charged.

The Board will recommend to FBSC messengers that two congregations–The Redeemer’s Place in Weston and Freshwater Church, St. John, Virgin Islands—receive church at large status during the annual meeting Nov. 9-10 in Lakeland.

The next Board meeting will be held Aug. 27-28 at the Baptist Building in Jacksonville.