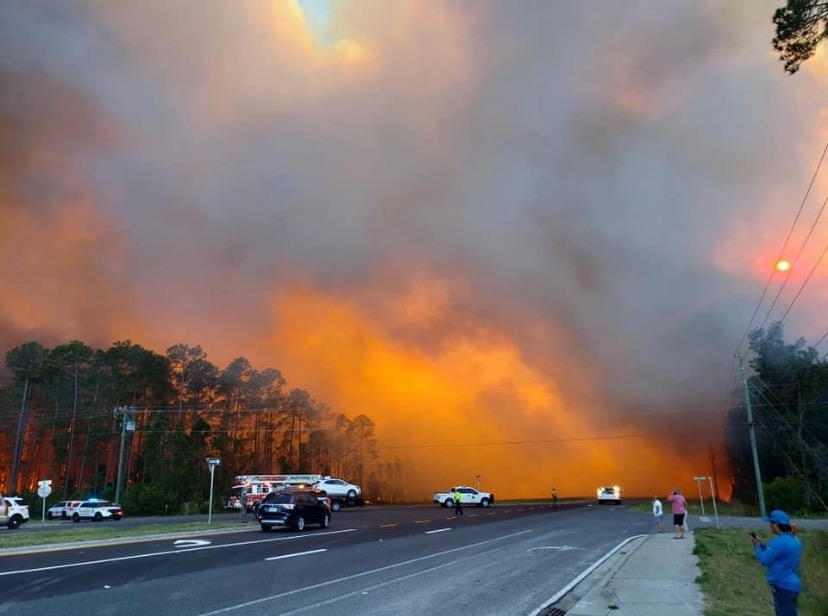 SANTA ROSA BEACH–For Charles Wilson, pastor of The Chapel at Crosspoint, the terrifying news came in a phone call.  The wildfire threatening homes, businesses and churches in the South Walton area on May 6 was headed straight for the chapel.  Encroaching flames from the fire could be seen miles away.

After a long half-hour of anxious waiting, the pastor learned that the wind had changed directions.

“It was good news for The Chapel, a near miss,” said Wilson, “however, bad news for the area the fire would ravage.”

The church parking lot filled with church families and their neighbors who evacuated from their homes. Some families, who were already dealing with the dire effects of a pandemic, would return to find their homes were a complete loss. 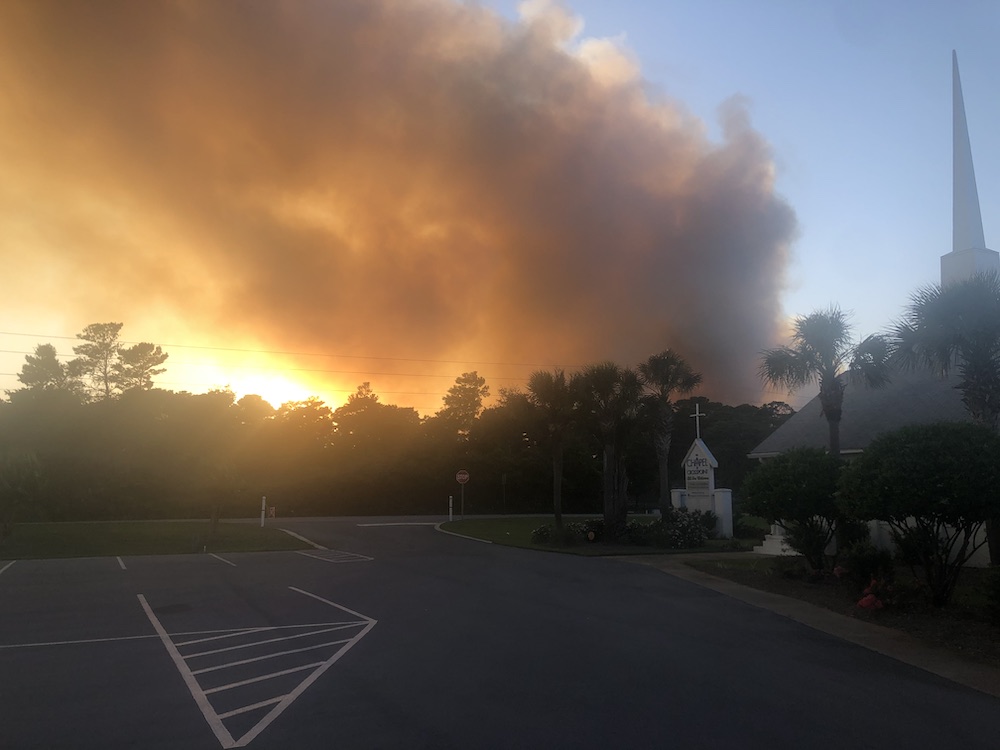 In the midst of the tragedy, The Chapel carried on its mission to love God, love the church, and love the world.

Santa Rosa church planter Mike Faircloth, who is laying groundwork for The Point Church at Garcon Point, also received quite the scare during the wildfire.

“The fire came within 100 yards of our home. I believe wholeheartedly that God protected us. The fire burned homes all around us but didn’t touch ours,” Faircloth said.

Just two miles south of his home stands the church building, which was also spared from the wildfire.

“The primary opportunities to minister have opened up in my own neighborhood, getting closer to my neighbors,” the pastor said.

Being a new church plant, The Point Church has not officially begun meeting in their facilities yet, but plan to soon.

Dan Alvers, pastor of Kings Cross Church in Santa Rosa Beach, first saw the blaze on Facebook when he came across a video of a wall of flames on Highway 98, burning right next to the church building. He drove to the bay near his home in Freeport and could clearly see the blaze from miles away.

Alvers discovered that the church building was faring well when he realized all the news crews were stationed in the church parking lot. Less than 100 yards away, the fire was raging.

Pastor Alvers recalls thinking, “The church building is safe, but who is going to be left hurting from this? Is this fire going to engulf the whole area around us?” 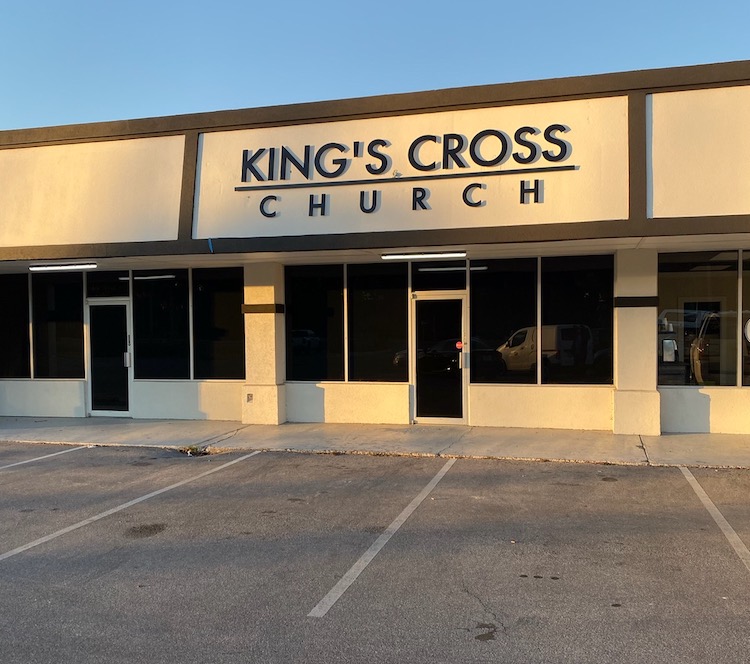 “I just have this feeling that the Lord has us there for a reason,” Alvers explained. We have a really unique perspective as a new church plant. You feel all the pain of the community and you’ve worked so hard to be there for a time like this.

“We have the opportunity to share the hope of Christ in a time when there is so much unrest.”