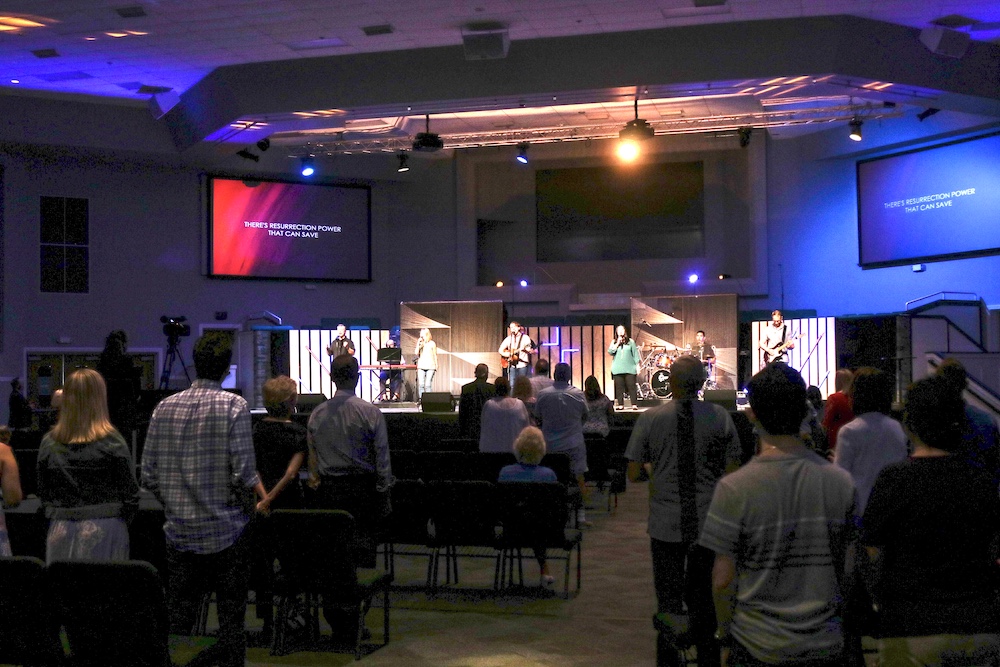 GAINESVILLE–Westside Baptist Church in Gainesville has begun holding services again on its campus, but those attending must first RSVP online, answer health questions when they check in and sit in new seating arrangements designed to instill the six-foot social distancing guidelines.

Welcome to church in the COVID-19 era.

Other restrictions include separate doors for entrance and exit, no mingling in the lobby and the option of removing face masks once seated. Seat groupings include two-seat, four-seat and six-seat clusters, each located six feet apart.

Like most churches in Florida and around the nation, Westside switched to just online services back in March due to the pandemic. But as the state slowly began to open back up in May, Westside knew it was also ready.

“I just knew there was a segment of our church that really missed meeting in person,” said the Rev. David Chauncey, lead pastor at Westside. “I felt it could help meet a need in their life. Not everyone has family at home, you know. If we had the staff and capacity to make it happen, we should offer it to our church family.”

Chauncey said he and the praise team were still gathering in the sanctuary each week for the live broadcast of their services, so it just made sense to invite members back in since they had the capacity to do so.

But while Gov. Ron DeSantis had already declared religious services as essential, that was not the case in Alachua County, which had tighter restrictions and had grouped churches in the same category as non-essential movie theaters.

“We wanted to go along with county guidelines, but the struggle we were having is that the county commissioners were vacillating on some of their decisions,” he said. “They were being more restrictive than the governor. We were trying to meet their standards, but their standards would jump around. We were getting different answers from different people in county leadership.” 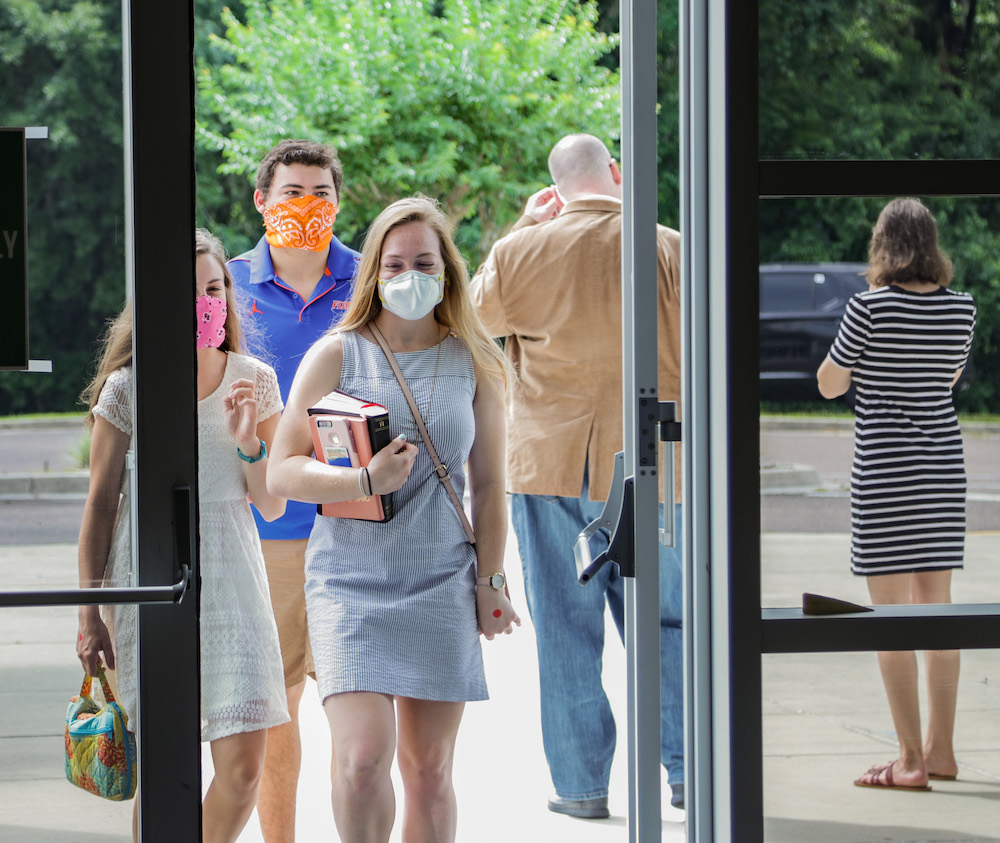 Chauncey said he and staff came up with a plan modeled from other churches around the country and sent it to the county attorney for review. “If she signed off on it, we felt like we had done due diligence. And she did.”

The county issued a clarification on church operations on May 20. And Westside began meeting May 24 with two services in the sanctuary and a meeting of its southwest campus in the gymnasium.

“We had a good start last week,” Chauncey said, noting attendance was at about 25 percent, with about 100 people in each of its two main services. “It went very smoothly. People came in and out and enjoyed the time of worship and it felt safe.”

While Westside and other churches began meeting in May, Jeffrey Haglund, director of the North Central Florida Baptist Association, said most of his 50-member churches in Alachua County are set to begin holding services again on June 7.

Having consulted both legal and medical professionals, Haglund sent out a protocol based on state guidelines and suggesting a 25 percent seating capacity to all churches in the area in May.

“You do not have to open if you don’t feel comfortable,” Haglund noted in the letter. “But if you do open, you need to follow this protocol for the sake of accountability with the government.”