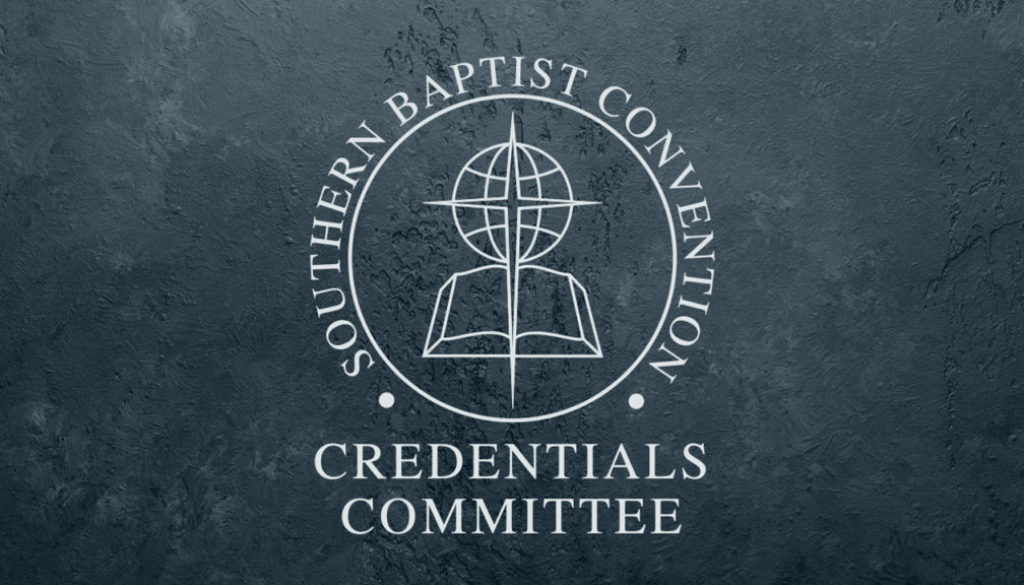 The new portal is available at SBC.net/credentials, chairman Stacy Bramlett told Baptist Press Monday (Dec. 2), and submissions may be completed online or in print. The website includes the Credentials Committee statement of assignment and a statement of relationship between the Southern Baptist Convention and other Baptist bodies, including local churches.

It also offers an optional support phone call for those who have submitted a report to the Credentials Committee in cases related to abuse. This call would be from an individual outside the committee who is trained to assist victims of sexual or other forms of abuse and will include information about the abuse recovery process and identification of resources in the individual’s local area.

While the form may be used to report concerns related to a church’s handling of sexual abuse, racism and various other pertinent issues, Bramlett cautions that suspicions of recent or current sexual or other forms of abuse should be reported to law enforcement officials.

“The duty to investigate such crimes falls to law enforcement,” she said. “Our committee has no investigative authority or power.”

Messengers to the 2019 SBC Annual Meeting established the committee to receive reports of a church’s suspected departure from Southern Baptist polity, doctrine or practice and to make recommendations to the SBC Executive Committee regarding the possible disfellowship of churches from the SBC.

The Credentials Committee elected Bramlett as chair in July and has met multiple times to establish procedures for conducting its duties, Bramlett told BP.

“While the new bylaw adopted by the messengers established the responsibility of our committee, it did not address many of the logistical details regarding how we would carry out that responsibility. The committee has been working to develop processes that can be used in our work today and in the future” Bramlett said.

“We also agreed on some policies going forward, such as that anonymous submissions against a church cannot be accepted because there must be an individual with whom the committee can communicate if needed. Additionally, our deliberations will remain confidential unless we believe a church should be declared no longer in cooperation with the SBC. At such time we will submit our recommendation to the Executive Committee,” Bramlett said.

The group “feels the importance and the weight of the responsibility of our task,” Bramlett told BP. “We have pledged to pray for one another as we do this important work. We are especially praying for those who have been impacted by sexual abuse in a church setting.”

Bramlett is senior vice president of Independent Bank in Collierville, Tenn., and has been a member of the EC since 2016. Joining her on the Credentials Committee are Linda Cooper, national president of the Woman’s Missionary Union; Mike Lawson, senior pastor of First Baptist Church, Sherman, Texas; Jimmy Draper, a former SBC president and president emeritus of LifeWay Christian Resources; Cheryl Rice, a retired school teacher and a member of Calvary Baptist Church in Clearwater, Fla.; Roger Spradlin, co-pastor of Valley Baptist Church, Bakersfield, Calif., and a former EC chairman; and Greg Fields, lead pastor of Nellis Baptist Church in Las Vegas. Ex officio members of the committee include Mike Stone, chairman of the SBC Executive Committee and pastor of Emmanuel Baptist Church in Blackshear, Ga., and Kathy Litton, registration secretary for the Southern Baptist Convention and member of Redemption Church in Saraland, Ala.

“We ask all Southern Baptists — and others — to pray for us,” Bramlett said. “The issues before us are real. They impact people’s lives. We want to be fully guided by the Holy Spirit’s leadership each step of the way.”

Any reports that have been received by the committee prior to the new submission form are considered to be currently in process and will not be required to be resubmitted. In addition to forms completed through the online portal, the committee will receive forms by email at credentials@sbc.net, or through delivery to 901 Commerce Street, Nashville, Tenn. 37203.

According to SBC bylaws, the committee will:

— Review any information available when an issue arises during an annual meeting whether a church is in cooperation with the convention. The Credentials Committee shall either (a) consider the question and, when prepared, make a recommendation to the Executive Committee or (b) make a recommendation to the convention at the earliest opportunity, which will be immediately considered. One representative of the church and one representative of the Credentials Committee shall be permitted to speak to the question, subject to the normal rules of debate.

— Review any information available when an issue arises between annual meetings. If the committee deems that a church is not in cooperation with the convention, it shall submit a report to the Executive Committee with the committee’s reasons. The EC, at its next meeting, shall consider the report to make a determination. The decision can be appealed to the convention at least 30 days prior to the annual meeting, when the matter will be considered as part of miscellaneous business on the afternoon of the first day of the convention.

— Never attempt to exercise authority over a church in violation of Article IV of the SBC constitution in its queries to a church.

— Facilitate reconsideration of a disfellowshipped church if the church asserts it has addressed the matters which led to its removal as a cooperating church, subject to a vote by the Executive Committee.