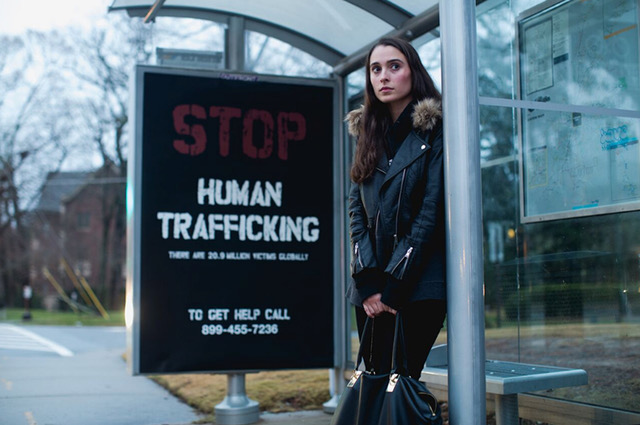 MIAMI— More than one million people will descend upon downtown Miami and its famous beaches for Super Bowl LIV, presenting Florida Baptists a unique opportunity to share the truth of the Gospel and fight sex trafficking.

Two organizations, Caring for Miami and the North American Mission Board’s (NAMB) Send Relief have identified easy ways to get involved that will have an everlasting impact on victims who have been trafficked.

The 2020 Super Bowl LIV will be played Feb. 2 at Hard Rock Stadium in Miami Gardens, but dozens of party-atmosphere events surround the contest itself–all of which present opportunities for sex trafficking and prostitution.

Caring for Miami, a non-profit organization focused on caring for families in need, has partnered with local churches and organizations, Explore God and Glory House, to enlist 5,000 volunteers to share the Gospel with the lost during the Super Bowl while also watching for signs of human trafficking. They are calling the outreach event “Supershare”–Share the Gospel Across Miami.

“The majority of the people attending these events will be lost,” said David Sablan, lead pastor of Fulfilled Life Church in Miami, one of the volunteer churches participating in the event. “God is raising up an army of 5,000 or more Christians to go two-by-two through the assembled crowds sharing the truth of the Gospel of Jesus Christ.”

Volunteers can receive training online or in person on how to share the Gospel using the “3 Circles” method. “People who are timid will be paired with someone who is bold and able to share freely,” said Sablan.

During the training volunteers will also learn to identify signs of human trafficking, explained Dan Driscoll, Supershare coordinator and member of Christ Fellowship.

Authorities say Miami-Dade County ranks first in sex trafficking in Florida, which in turn ranks third in the nation. About 40 percent of victims are children and most of the rest are young adults between 18 and 23 years old.

“The Super Bowl is a major human trafficking event,” said Driscoll. “Last year we were able to help 33 women who were being trafficked and this year we hope to help even more.”

Sablan said signs that someone might be a victim of human trafficking include fear of law enforcement, avoiding eye contact, brands or tattoos, bruises or scratches and older men with younger women.

For more information and to sign up as a volunteer visit caringformiami.org/supershare.

During that event, volunteers will be raising awareness and distributing photos of children who are believed to be exploited in the area, according to Trey Salter, program manager for NAMB’s Send Relief.

Thirteen of 34 children were recovered last year in Atlanta due to efforts made by volunteers, Salter said. “Florida Baptist and Send Relief have identified easy ways to get involved that will have an everlasting impact on victims who have been trafficked.”

Send Relief has created a list of articles to encourage Florida Baptists in their fight to end human trafficking:

“Join us in prayer over the next two months as we aim to restore dignity to every man, woman and child caught in this crisis,” Salter said.

To discover more about the NAMB-sponsored training and to register in the NAMB effort, register here.