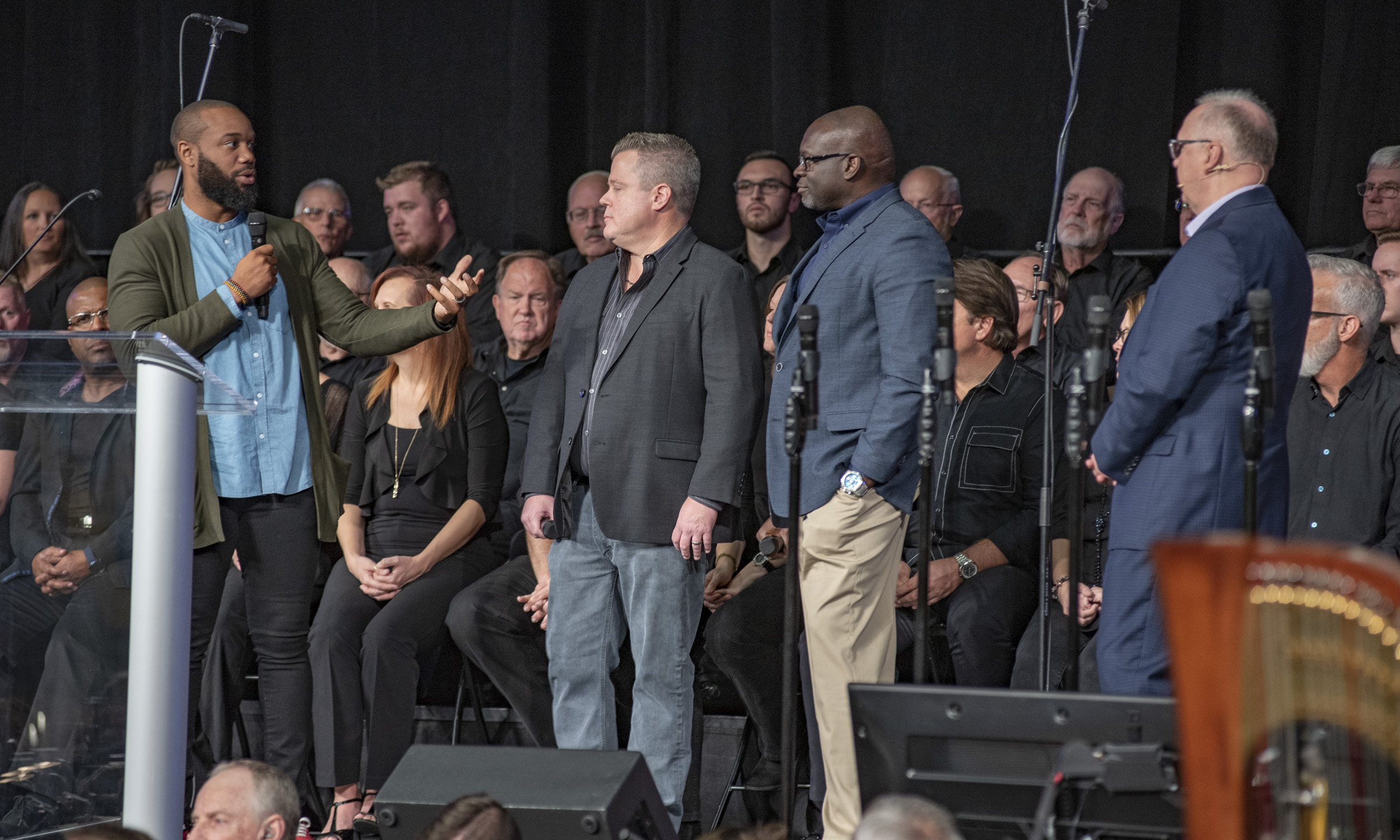 ‘Right Beside You’ testimonies celebrate God’s work in state

ORLANDO, Fla.—In three separate “Right Beside You” periods of testimony during Florida Baptists’ 2019 annual meeting, Florida Baptist pastors shared stories of how the Florida Baptist Convention has supported and encouraged them in their specific ministries.

Meeting at First Baptist Church in Orlando, on Monday afternoon, Nov. 11, two pastors shared their brief stories of church revitalization. In introducing the two pastors, Tommy Green, executive director-treasurer, Florida Baptist Convention, said, “No matter what church we’re in, we all face seasons of needing a fresh touch from the Lord.” 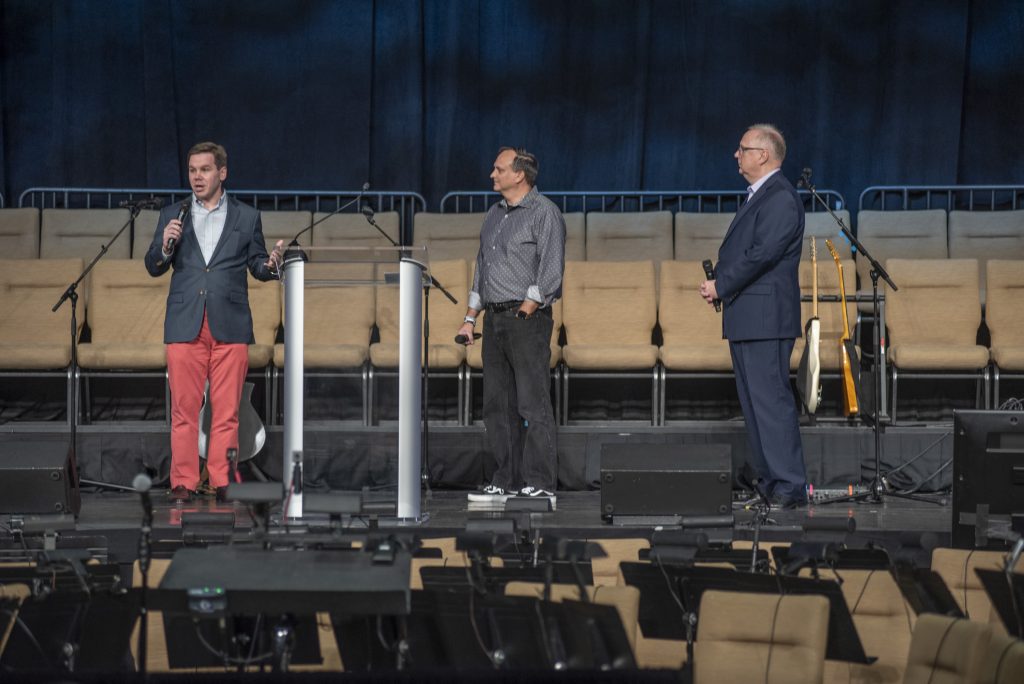 Heath Lambert, senior pastor, First Baptist Church in Jacksonville, explained how his downtown church has seen declining revenue and attendance in recent years. His church recently made the decision to sell 10 of its 11 city blocks of property in order to “make investments in ministry, not maintenance.”

Eric Stitts, senior pastor, First Baptist Church in Daytona Beach, shared how his church recently relocated from its downtown campus. “God is doing a fresh work. We walk by faith and see what God can do,” said Stitts.

Reflecting on these two churches, Green said, “God has greater things ahead for them than He had in their past.”

Also on Monday afternoon, Nov. 11, Green introduced church planting pastors and/or sending church pastors in Florida Baptists’ six regions. He said that 60 men, who would plant congregations in Florida, are currently going through the process of church planting assessment with the North American Mission Board (NAMB). 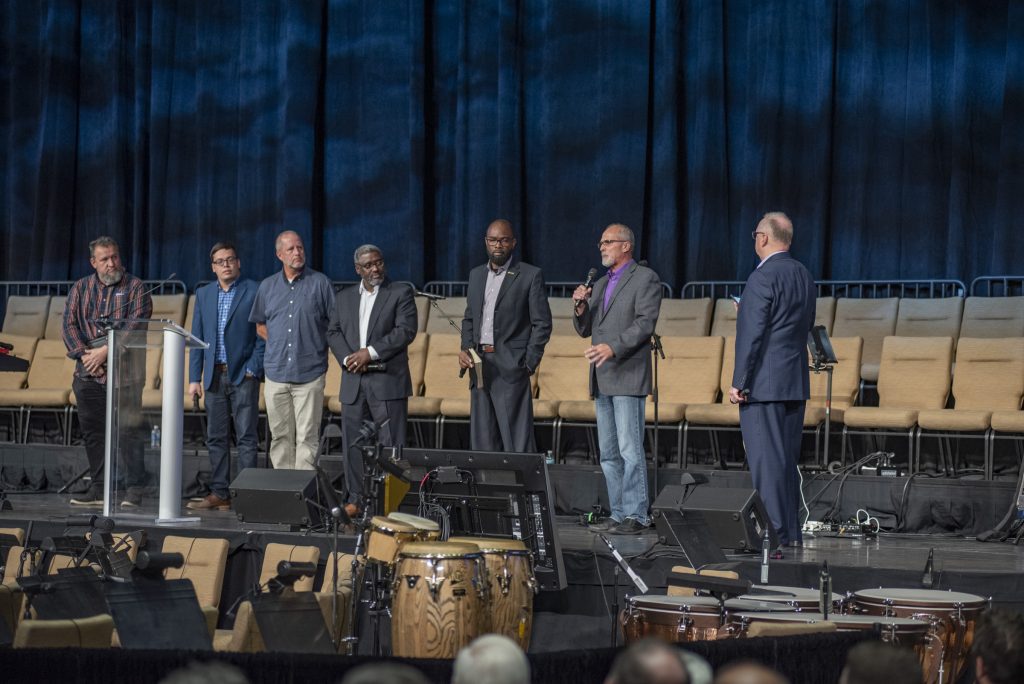 In Florida’s North region, Kent McDowell is planting Village Church in the Villages. The sending church is Church at the Villages, led by pastor Bob Perry, who has a “vision for birthing churches,” said McDowell.

In Florida’s Central region, Larry Mouton has planted No Greater Love Church in Tampa. Planted earlier this year in a “spiritually destitute” community “with a prayer,” the church has already grown to 200 people, said Mouton.

In Florida’s Southwest region, Larry Snyder has planted The Well Baptist Church in Venice. The church, which is about a year old, is in a growing planned community.

In Florida’s Southeast region, Carlos Finale has planted Northside in English in Hialeah. The church is specifically reaching out to second- and third-generation Hispanics; it is an “English-speaking church in a Spanish congregation,” he said.

Matt Cotten, pastor of Avalon Baptist Church in Pensacola, discussed his church’s role as a sending church for The Point, a church plant in Milton, which is pastored by Mike Faircloth, who recently completed the church assessment process. “Church planters are the heroes,” Cotton said. 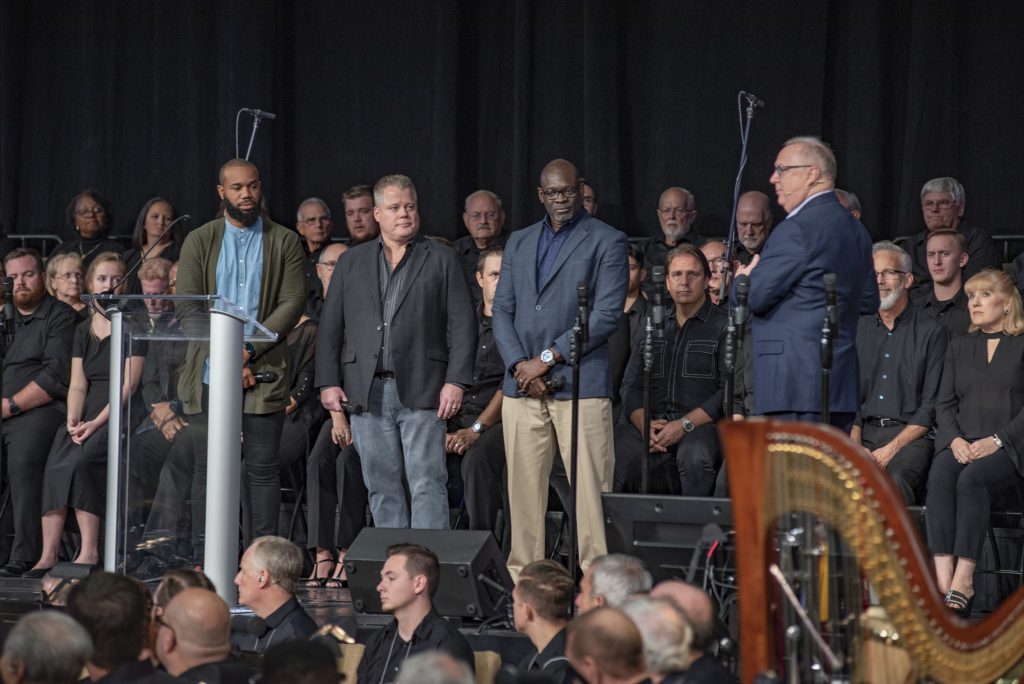 For two years, The Brook church had prayed that God would open the door to a permanent location near the community where the thriving new church was planted.

Meanwhile, near their targeted community, Good News Little River Baptist Church had dwindled down to a dozen members and had been without a pastor for some time. They were prepared to close their doors.

“All of the sudden we owned property we never knew we had,” said pastor Hudson. The church contacted the Florida Baptist Convention.

When Patrick Coats, Florida Baptists’ black multicultural church catalyst, learned of the situation, he brought the two pastors together.

“It was obviously a God-thing,” said Hudson, who led church leaders to give the 5,000 square foot building and surrounding property to the new church plant.

The Brook church met with the dozen remnant members of the Good News Church who were delighted with the transfer of property and decided to become a part of the new exciting congregation.

“This has been such an energizing moment for our church,” said Ukegbu. The property is centrally located in a neighborhood just minutes away from Wynwood, Miami Shores, Liberty City and Doral in a flourishing area composed primarily of Haitians and Puerto Ricans.

The Brook is now in the process of renovating the dilapidated property, helped in part by a financial contribution from the Florida Baptist Convention, which is also helping the church get a loan.

“It was a win for everyone,” said Coats.

Three churches in Miami coming together for a God’s purpose is surely a sign of His blessing on their city, concluded Green. “That’s kingdom mentality,”

Florida Ministers’ Wives of “One Mind”