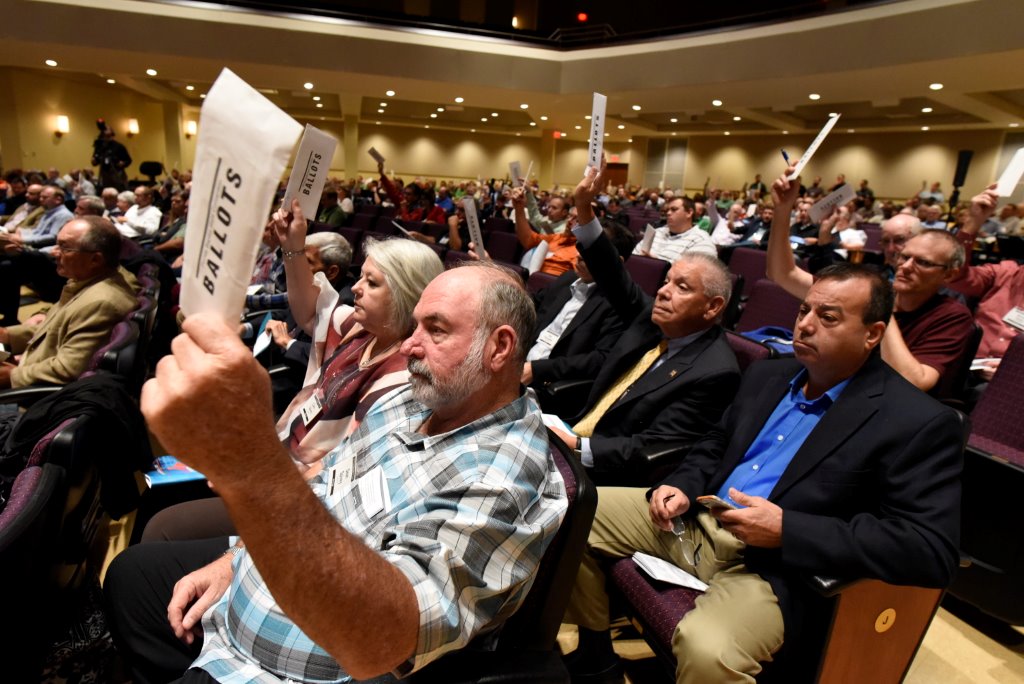 It’s no secret that the way we live today looks dramatically different than even just a generation ago. Technology has erased borders and created new arenas for collaboration and engagement. The church has not been immune to these changes and, as a result, the way we reach the world with the Gospel of Christ has seen innovations that allow us as believers to advance the Kingdom of God and make much of Jesus in new and exciting ways.

Yet who we are as Southern Baptists and as Florida Baptists is still built upon our desire to cooperate with one another and we are bolstered by the understanding that together we can do more for the Kingdom than any one of us can do alone. To do so, we need to continually evaluate the standards, norms and bylaws that govern who we are as a Convention.

And that’s what Florida Baptist leaders have been doing for the past several years. In conversations that have included various ministry leaders, State Convention staff and the State Board of Missions, efforts are being proposed that affirm the ability for churches to cooperate with the state Convention.

Kevin Goza, lead pastor of Trinity Baptist Church in Apopka, chairs the Denominational Polity and Practice Committee of the State Board, which has led the process of bylaw review. He said he appreciates efforts by leaders to get in front of an issue that, if unchecked, could seriously hinder our ability to cooperate as Florida Baptists.

“I appreciate Florida Baptists for being progressive and not reactive,” he said. “This has been a broad, sweeping conversation because these kinds of changes have to cover everything. We need to get the wording just right.”

Changes are needed as we see the way churches are relating to their local associations and through them, to the State Convention. In a diverse state like Florida, we have seen many models at work to foster cooperation. In some cases, the traditional model of cooperation through the local association has not been as effective as it once was, while in other cases, that model is thriving.

“We’re not in any way wanting to undermine associations,” said Mike Orr, lead pastor of First Baptist Church in Chipley and current president of the State Board of Missions. “Associations are the most valuable way we can link together and often the primary way, but for different reasons there are struggles – sometimes associations dissolve or there is no associational mission strategist.”

The way the bylaws currently read, it can be difficult for churches who are not part of an association to directly cooperate and participate with the State Convention.

“We need provisions for all churches to be able to connect and have a voice, allowing more churches to have a seat at the table and be ministry partners in the Kingdom work we are called to do,” Orr said.

The Proposed Bylaws – a closer look

The proposed changes to this bylaw give it a new title and opening statement, highlighting cooperation and unity and recognizing the diversity of our state. Other changes include:

Bylaw 12 – State Board of Missions

You can see the proposed language changes to the bylaws in context by clicking here. Changes will be voted on at the Florida Baptist State Convention annual meeting at Wayside Baptist Church in Miami November 12-13.

These proposed changes offer a new way forward so that all Florida Baptist churches have a seat at the table as we continue the vital Kingdom work God has called us to.

“We are presenting changes that address the changing realities and possible eventualities of associationalism; while not opening a superhighway that ensures a race to their reality,” said Micah Ferguson, Strategic Initiatives Catalyst for the Florida Baptist Convention. “We believe these are appropriate and proportional changes to the needs we face today.”

“This bylaw change allows continued partnership with churches and the Florida Baptist Convention where the local association is not viable for churches,” Green said.

If you have questions about the proposed bylaw changes contact the Florida Baptist Convention main number at 904-396-2351.

Wiggins to be nominated to Florida Baptist State Convention officers