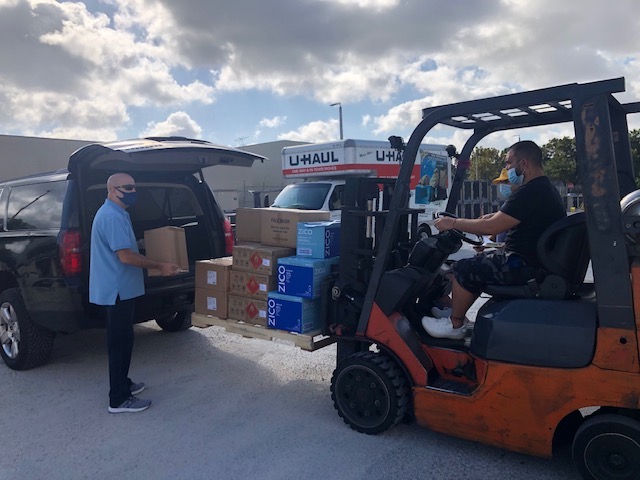 CORAL SPRINGS–Coming to Christ was difficult for Michael Chin Quee.  Not because he lacked the desire, but because no one shared the gospel with him or invited him to make a personal decision to follow Christ. 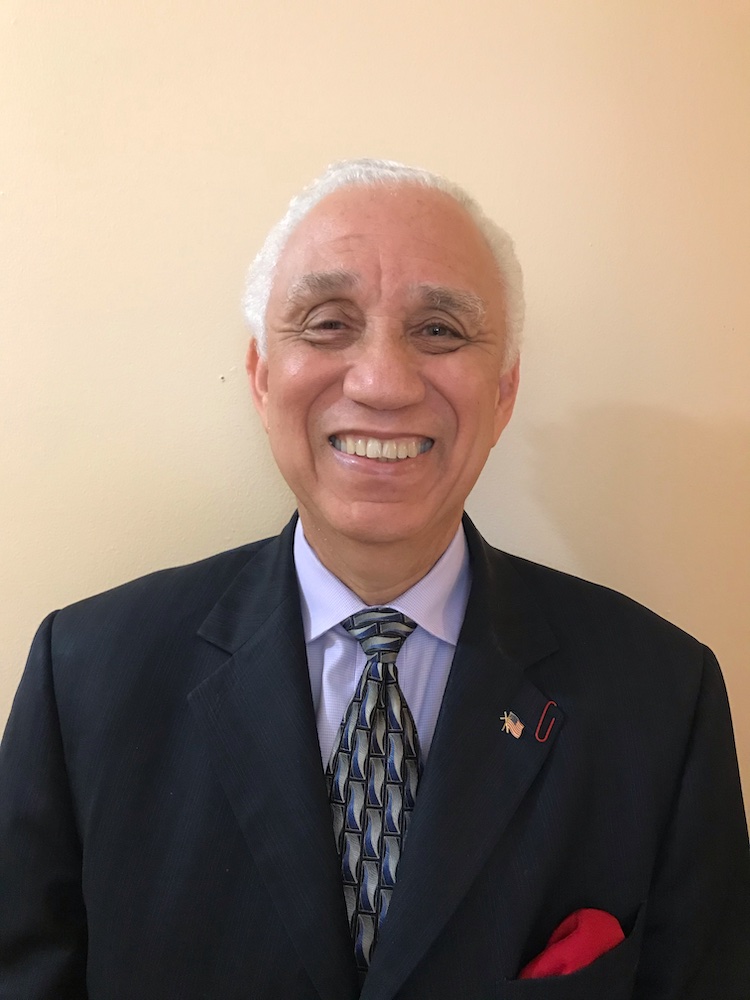 But from the moment he became a believer, he has not stopped sharing the good news of salvation with anyone and everyone he can.

The Jamaican native came to the United States almost 40 years ago. Looking back, he can see how God was slowly bringing him closer to faith.

Today, Chin Quee is passionate about evangelism and, as his pastor Eddie Bevill puts it, “is trying to make up for the time he didn’t know the Lord.”

At Parkridge Baptist Church in Coral Springs, Chin Quee serves as chairman of the deacons, leads two Bible studies and is involved in men’s ministry.

In his full-time job as director of operations and church alliance at Food for the Poor, the organization has become a valued partner to the Florida Baptist Convention during the pandemic–a partnership that Chin Quee was essential in bridging.

Bevill introduced Chin Quee to Al Fernandez, Florida Baptists’ southeast regional catalyst, believing the layperson would be an ally to the region’s churches.

His recommendation “proved to be spot on,” Fernandez said.

“Brother Chin Quee, through Food for the Poor Ministries, resourced 80 churches with Covid-19 relief items that were distributed by the churches to their respective communities.

With a retail value of the resources of approximately $473,570, Mike has truly been a huge blessing for southeast region churches to be able to impact their communities.” 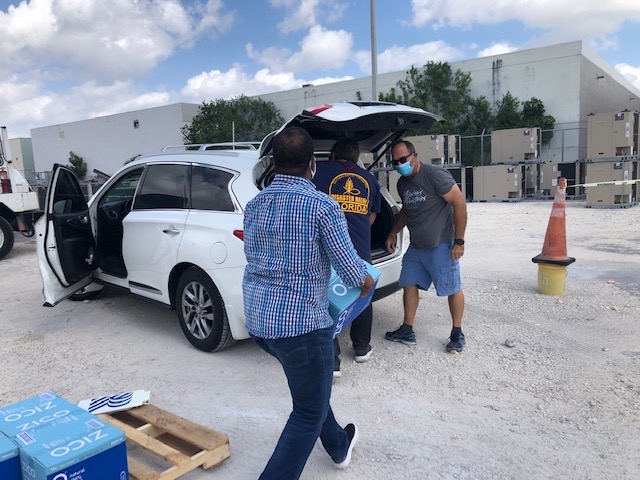 Chin Quee came to know Christ as an adult at Coral Springs Baptist Church before becoming a member at Parkridge. Before then, he had encounters with people who could have shared the Gospel but did not. A religion professor said he did not have the time. A group of church-going co-workers explained the meaning of Easter but failed to invite him to church. A former boss gave him a Bible and sent him on his way.

When his son was growing up in Coral Springs, Chin Quee and his wife decided it would be good to attend church so that his son could gain good values. It was life changing.

“Every Sunday the Gospel was preached, and I came to faith in Christ,” he said. Almost 15 years later, his son, daughter-in-law and granddaughter are believers as well.

“Sharing God’s love is not an option and is not a burden, but it doesn’t mean that it won’t cost you something,” Chin Quee likes to remind everyone.

While in a result-driven culture, there is an expectation to see someone come to Christ immediately after hearing the Gospel, he contends that “sharing the Gospel is the only thing in the world that you can do that you can’t fail at because the result is none of your business, it’s God’s business.”

It’s not about results, he adds, it’s about compassion and obedience.

While Parkridge embraces a very casual dress code, “Michael always wears suits and I think that’s so that he can have more pockets to keep tracts to share and witness with,” said pastor Bevill. “He is one of the most positive people I’ve met and believes in the difference that God can make in people’s lives.”

“There is a lot of talk about getting back to normal, but I pray that the church will never go back to normal. During this time, I have seen people who don’t go to church come to Bible study on Zoom—people from Trinidad and Jamaica.”

Chin Quee said that as Easter approaches, “people’s hearts are tender for the Gospel. You have three types of people–the curious who know something but not all; the tender-hearted who have heard the gospel and are ready to make commitment but need someone to talk to them; and the ones who don’t know anything and you don’t know what’s going to happen at all when you share the Gospel with them.”

“Be bold and step out and share the gospel with love,” he urged.