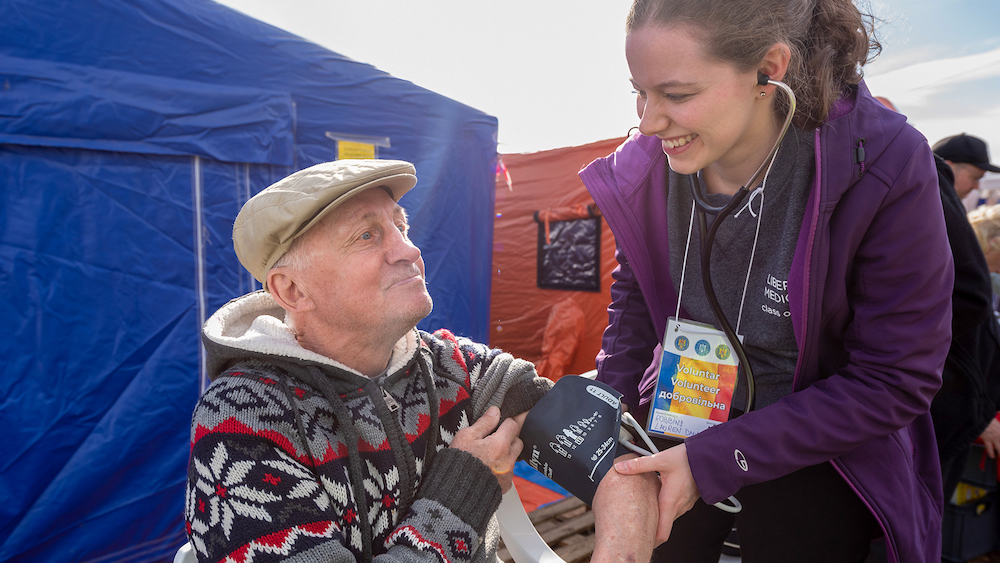 Pictured Above: A volunteer checks the blood pressure of a Ukrainian refugee after he crossed over the border into Poland. Southern Baptists are partnering with local churches in Poland and Romania to provide for those that have been displaced from the Ukraine-Russia war. IMB Photo

Paul Chitwood hadn’t planned on returning to Poland and Romania so soon. Just a few weeks ago, the president of the IMB walked the borders of Ukraine surveying needs and seeing how Southern Baptists could help during the first weeks of the Ukraine-Russia war. At the time, he asked Southern Baptists for two things — prayer and financial support for relief efforts.

Due to this outpouring of love, Chitwood found himself once again on a flight to Europe and sitting in the basement of a Romanian Baptist church where he spoke with refugees displaced from the war and worked side-by-side with national partners. 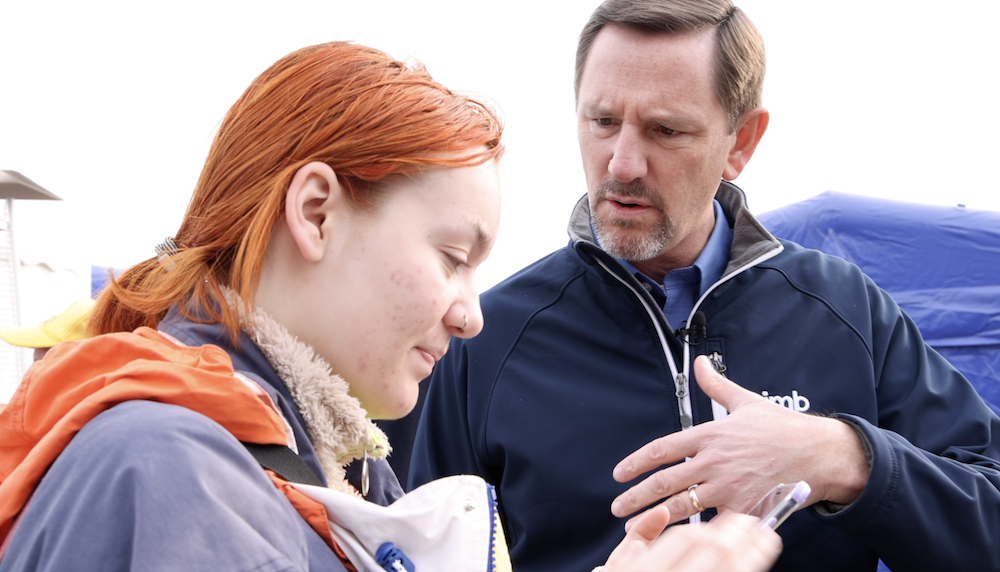 “I had not planned to go back so soon,” he admitted. “But seeing the generosity that has poured out, I knew Southern Baptists needed an update. We needed to be accountable and know how these resources were being used.”

To see this generosity at work, he needed only to look in this church basement: Ukrainians and Romanians sang “Happy Birthday” to an 8-year-old girl whose home was flattened by a bomb. In another area of the church, local volunteers worked with Disaster Relief teams from the United States to sort supplies and make meals. Another team made plans for meeting refugees at the border crossing.

This Romanian Baptist congregation, like many Baptist churches in Eastern Europe, began ministering to refugees on day one of the invasion. They met people at the border and invited them back to the church where many sleep on borrowed mattresses. The mother of the 8-year-old birthday girl saw the kindness of these strangers and realized they had a message worth listening to. Her life changed forever when she made a profession of faith.

“The Lord brings people together. A couple of pastors remarked that Ukrainians and Poles have a long history of conflict. So do the Romanians and Ukrainians. But in times like these, all of that has been set aside to help the victims of this war,” Chitwood said. “The pastors say they see the Lord at work. I see it, too.”

Along the Poland-Ukraine border, support is evident in the faces and action of people. For every Polish flag flying high, a Ukrainian flag flies with it. Baptists have set up a welcome tent offering coffee, tea and a place to recharge cell phones. They help direct refugees to places to stay, connecting them to local churches. A QR code displays prominently for Ukrainians to digitally engage in gospel conversations.

“All of the resources Southern Baptists generously gave are being used on the ground to make an impact,” Chitwood said. “In fact, the investment we’ve made through the years in Eastern Europe is now allowing us to be immediate. Other organizations are looking to make connections, but we’ve had these for a long time.” 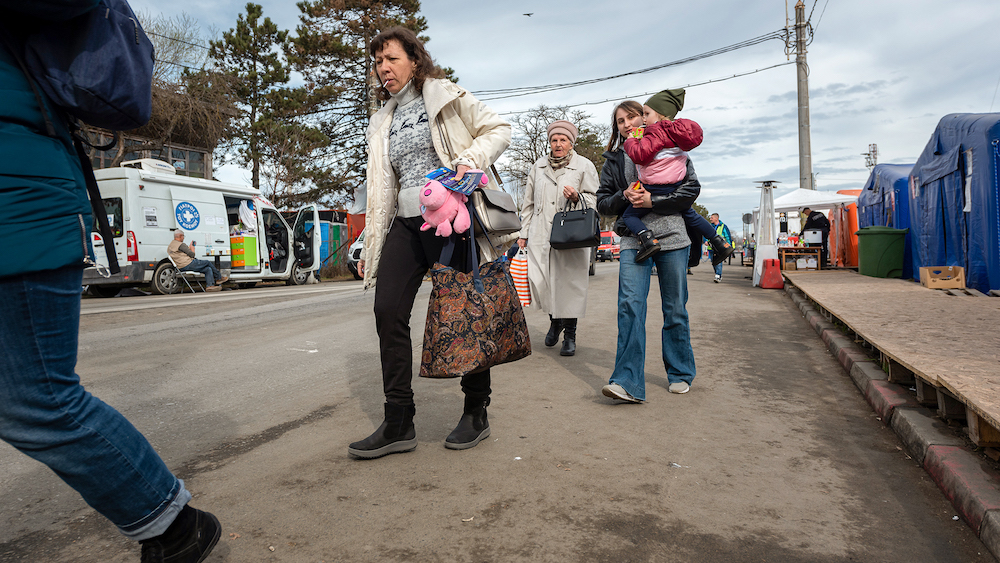 Having these connections helped get supplies and resources to areas faster. The long-time relationships through IMB missionaries meant there was already mutual trust and partnership. While the flow of refugees through the border crossing has slowed, the need for supplies within Ukraine has not. Through these long-term connections, food and other items purchased through Send Relief are making their way into Ukraine. Disaster relief teams work with local volunteers and missionaries to distribute the supplies onto trucks. These trucks then pass off the supplies to drivers in cars and vans which can navigate through the bomb-ridden roads to cities and towns. Once the food arrives at the destination, local churches handle getting it to those in need.

“This latest trip is evidence that Southern Baptists are incredibly generous when they see a need and it’s clearly communicated,” Chitwood said, thanking God for the support of Southern Baptist churches. “But this need is going to be around for a long time. You can’t have 4 million exit a country and millions more displaced within and think it will be over.

“Even if the war ends tomorrow, there’s a decade of work to do,” he added. “We will be there helping churches and seminaries rebuild, helping refugees relocate and get their lives back together and sharing the gospel message.”

100% of your gifts to  support ministry to Ukrainian refugees.