BARTOW–The scorched remains of the sanctuary, buckled roof and blackened pews serve as a backdrop for the sign outside of Main Street Baptist Church in Bartow that reads, “God is Still God and God is Still Good.”

While that may seem odd to passersby, Pastor Adam Mayfield believes the sign remains true. 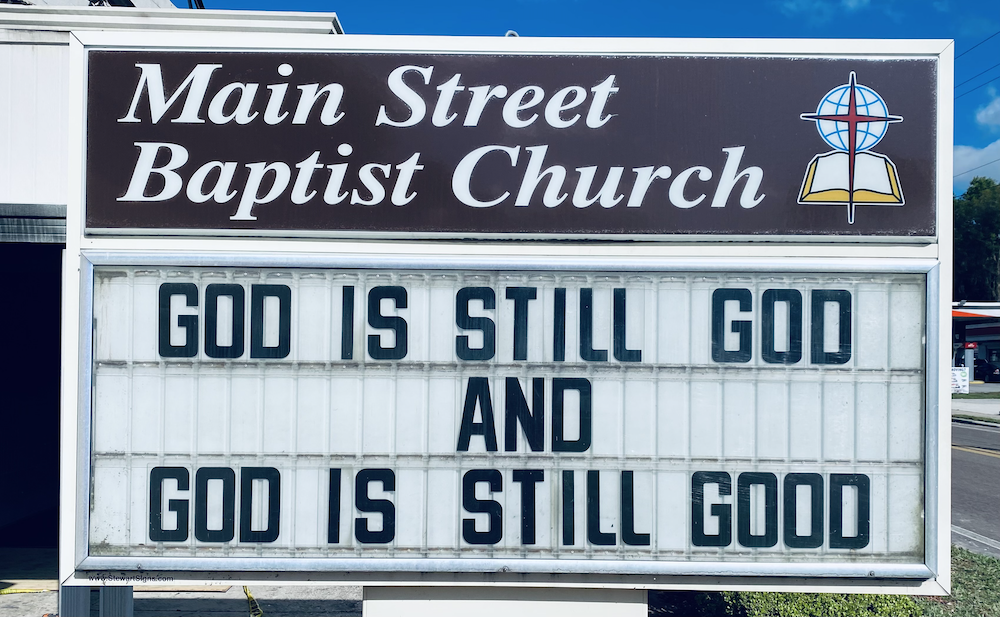 “Exactly three years ago from the day of the fire, I preached a sermon talking about adversity,” he said. “In that sermon, I said ‘God is still God and God is still good,’ so we plan to keep that on our sign.”

The fire erupted in the church building in the early morning hours of Sunday, March 13, gutting the historic sanctuary built in 1947 and flooding the basement as firefighters eventually brought the flames under control.

Mayfield praised the Bartow Fire Department for keeping the fire from spreading to the church’s other buildings, but the sanctuary, basement, furnishings and the newly upgraded worship space and equipment were a total loss. 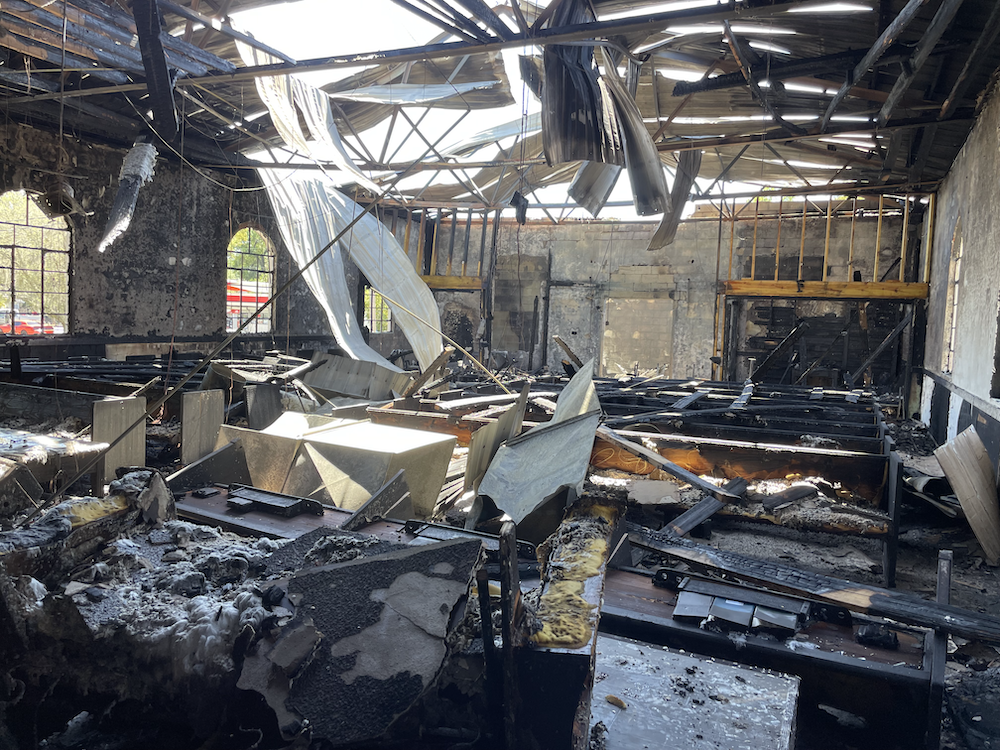 “It looked like a war zone,” said Mayfield after arriving at the church where 125 active members attend. He was grateful no one was in the building at the time of the fire, and no one was injured.

After the blaze was brought under control, the fire marshal believed it may have started from an electrical malfunction, but Mayfield wondered if it had been started accidently by some of the homeless who often sleep near the church located just a few blocks from downtown. He suggested that the church’s security footage be reviewed.

Two days after the fire, the church learned it had been set intentionally by a woman who lived nearby. She confessed and has been charged with arson. Mayfield said the church knows the woman and had sought to help her in the past.

“It was heartbreaking to learn that it was arson and started by an individual we know,” Mayfield said. Still, the church plans to demonstrate grace toward the woman.

“We plan to walk with her through this, love her, pray for her and make sure she gets the help she needs,” he said.

“Her relationship with the church, and ultimately that she comes to know Jesus Christ, is of utmost importance.”

The church has been overwhelmed by the community’s response to the tragedy. The day of the fire, First Baptist Church in Bartow opened its facilities for the congregation to worship. Currently Main Street church is meeting in its fellowship hall.

The 41-year-old pastor said the church, organized in 1938 in a pole barn, without a doubt will rebuild. This isn’t the first time this church has experienced a fire. That original church, which was located a few blocks south, caught fire the morning the congregation moved to its current location in 1947.

Thankfully, the church has insurance, and Mayfield said the outpouring of financial gifts above what is needed will be used to begin a program that will help meet mental health needs of the community.

After the fire, Bartow’s mayor visited the pastor and cried over the church’s destruction. Other congregations, including those of other denominations, have offered assistance. A new state-of-the-art sound system was donated. Local restaurants have held fundraisers to help rebuild the church.

Mayfield recalled that a professor once asked, “If your church stopped existing, would your community notice?” The pastor believes the community of Bartow has resoundingly answered, “Yes.”

Tommy Green, executive director-treasurer of the Florida Baptist Convention, immediately visited the church after the fire and prayed with the staff. “He said, ‘We will do whatever you need, including paying the deductible. Just tell us what you need,’” Mayfield reported.

He asks that Florida Baptists pray for the church and for the woman involved. “We would not want to walk through this without prayer.”