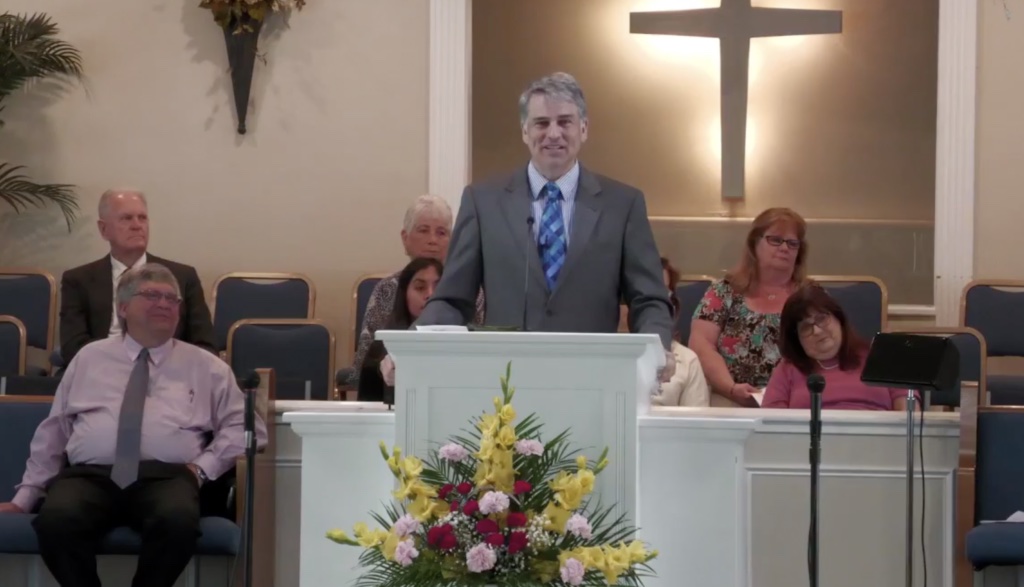 PENSACOLA, Fla. (BP) – “It makes us feel good we’re doing something for the Kingdom of God,” says Bill Flannigan, pastor of Plainview Baptist Church for the last 22 years.

He was talking about the 10 percent or more of undesignated offerings the church allocates for missions through the Cooperative Program, the way Southern Baptists work together to increase God’s kingdom in the United States and internationally.

“For senior adults, giving to missions through the Cooperative Program is a way for us to be a part of something bigger than ourselves,” Flannigan told Baptist Press. “The seminary training, the North American Mission Board and the International Mission Board and all they do. We can’t go but we want to give and to pray.”

Each Wednesday evening church members pray by name for missionaries with birthdays that week from a list in Missions Mosaic, a publication of the SBC’s Woman’s Missionary Union.

You get the idea: This is a traditional Southern Baptist Church.

“We are Southern Baptist through and through, and we’re not ashamed of that,” Flannigan told Baptist Press. “We’re proud of our heritage. Being Southern Baptist communicates about our missional stand, our doctrinal stand. We also give 2 percent to Pensacola Bay Baptist Association.

“That and the children’s home are things we can see with our eyes. We also watch the videos sent us by the mission boards. We want to know what’s going on, and the videos inform the givers that this is what your money is going for.”

Plainview Baptist, started in 1948, called Flannigan as pastor in 2000. It’s his first pastorate. While he counts four families with children in the congregation, most everyone else has turned 70 or older.

And yet, “We’re in an area that is growing,” the pastor said. “Everywhere around us there are apartments going up.” The Navy Federal Credit Union bought property near the church as a call center that when complete will house 20,000 workers. The state highway that runs in front of the church was widened last year from two to four lanes to accommodate the growth.

“We’re in the middle of all that,” Flannigan said. “We’re in a good location. The question is, how to get noticed. Facebook doesn’t bring people into the church. Just to the Gospel message, so that’s a good thing.

“Outreaches haven’t benefitted our attendance; that’s just planting seeds. Outreaches help with the people who do attend services. I ask the people who visit and 90 percent say, ‘We drove by, saw the church and thought we’d take a look.’”

Before the pandemic, about 110 people attended worship services at Plainview Baptist. Now, it’s about 70, with another dozen or so watching from home on Facebook Live.

“The pandemic really changed things. It opened a new thing for us,” Flannigan said. “We would never have done Facebook Live without the pandemic. What’s crazy is that every Sunday I say, ‘This is our time to do outreach. Hit like and share on the computer.’ When you hit ‘like’ and ‘share,’ it really helps. We find we get 300 to 800 hits every week.” The church plans to add a YouTube channel to its social media presence in the near future.

Another change as a result of the pandemic is tithing. It’s gone up at Plainview Baptist. The offering plate no longer is passed. Instead, a table has been placed near the center aisle, in a space previously used for a wheelchair. A hand-carved wooden offering box is where members leave their tithes and offerings now.

Plainview Baptist has been giving at least 10 percent of undesignated offerings to missions through the Cooperative Program for at least 30 years, but they’ve gotten more aware of what Florida and Southern Baptists do with Flannigan as pastor. He served two three-year terms on the Florida Baptist Convention’s executive board.

“I’m really proud of the Florida Baptist Convention, their leadership, their giving and the effort it took to get to giving 51 percent [to missions through the national convention.] That involvement really brought me to understand we can do more together than individually,” Flannigan said. “We believe in that.”

He’s stayed at Plainview Baptist for 22 years because God sent him there and hasn’t told him to leave, Flannigan said. “The longer you stay at a church the more you can truly pastor. There are sacrifices but God provides.”

Bi-vocational pastor shares gospel “in the middle of the world”