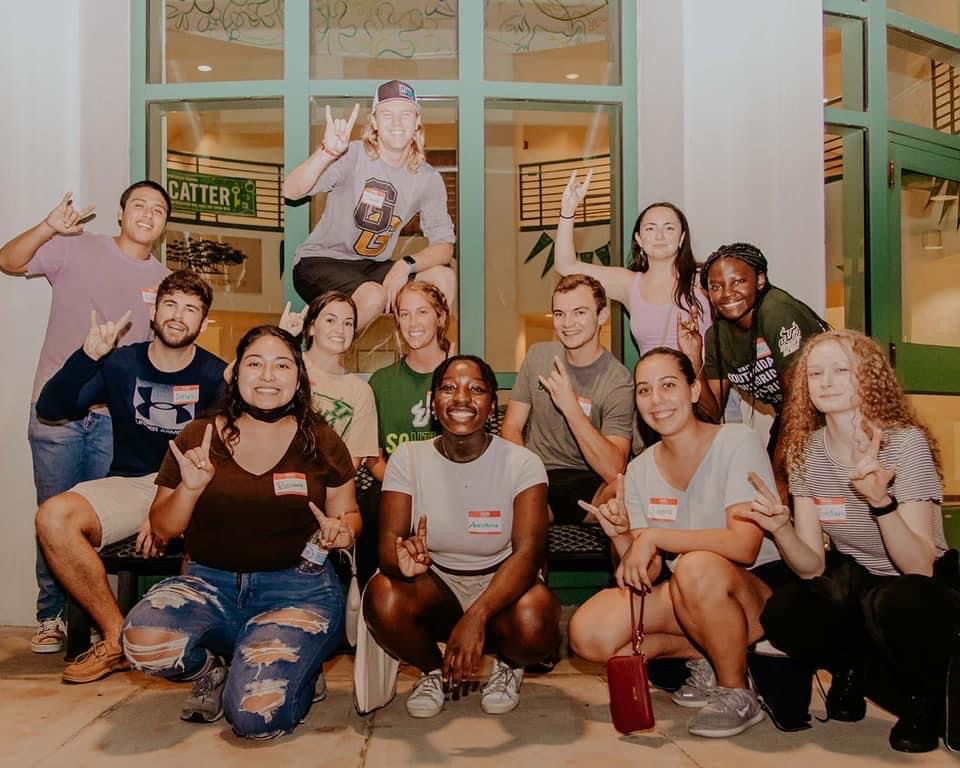 Florida BCM: experiencing the Lord’s favor in season of faithfulness

JACKSONVILLE– When a self-proclaimed atheist on campus began examining the Christian faith, Jacksonville Baptist Campus Ministry director Ben Braly reached out to the student, invited him to BCM and led him to faith in Jesus Christ.

After a University of Florida BCM student met a self-avowed atheist on campus, he invited her to his local church, then to a “Gator” meeting at the BCM. After hearing the gospel proclaimed twice, the student made a commitment to follow Christ during that meeting.

In 2020 only 246 out of nearly 12,000 University of Miami undergraduate students declared themselves as Christians. The figure spurred five local churches and the Miami BCM to pray for the lostness and then host over 130 UM students with open arms, gospel conversations and chicken sandwiches.

This fall as college and university students from across the state arrived on campus, Florida’s Baptist Campus Ministries geared up with new opportunities to reach and disciple them for Jesus Christ. As a result of their commitment, the ministries have experienced the Lord’s favor during this season of faithfulness.

According to Nathan Schneider, Florida Baptist lead catalyst for Next Generation Ministries, at the beginning of each fall semester Florida BCM directors work diligently to connect with incoming freshmen.

“But because of rising COVID-19 cases and restrictions on campus, the level at which freshmen would engage with campus ministries this year was uncertain. Instead, the hand of God has been obvious in bringing students to our campus ministries, local churches, and to a saving relationship with Jesus,” he explained.

“People have been praying for this school year and the students at Florida colleges and universities, and the result has been God’s favor upon our ministers and their ministries. We have seen worship and event rooms full of college students and we have seen students pray to receive Christ.” 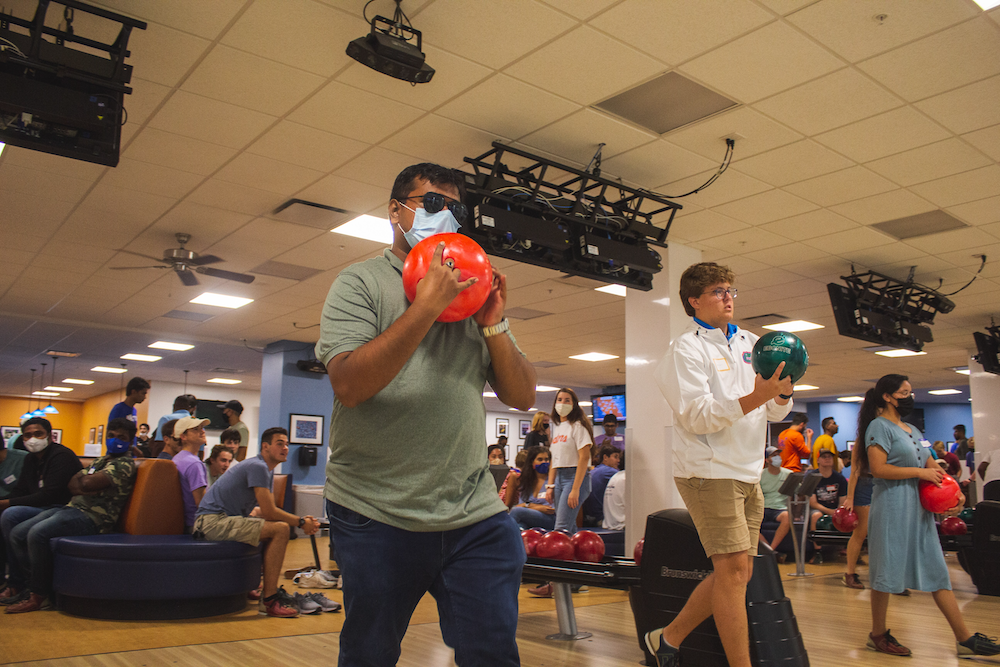 The Gainesville BCM rented the game room in the Reitz Student Union on the UF campus for one of their Welcome Week events, said BCM Director Eddie Gilley, where they were able to connect with over 225 new students that night. Students enjoyed bowling, billiards, foosball and getting acquainted with fellow Christian students across the city.

Then during the first Gator service, a weekly worship gathering held each Wednesday, almost 200 students attended, including three who made professions of faith that night.

“The self-avowed atheist had attended North Central Baptist Church the previous Sunday after meeting one of our students outside of the dining hall and after a conversation he invited her to church,” Gilley explained. “She heard the gospel at church and then at the BCM and committed to follow Christ at the first Gator.” 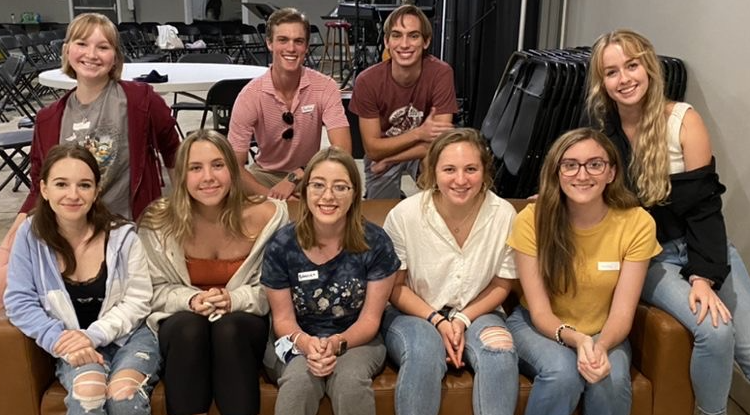 “Students are responding to the Gospel and committing to follow Jesus faithfully during this important season of life,” he added. “Even more, local Florida Baptist churches in Tallahassee are reporting that many students are visiting them for Sunday worship and college-specific ministry programming.”

“The FSU BCM is thankful for the opportunity to represent Florida Baptists to the Florida State University community and experience the Lord’s favor alongside it’s local church partners.”

In addition to connecting with new students and a return to in-person worship gatherings on campus, one of the highlights of the fall semester’s first few weeks for UCF’s BCM was “One Name,” an event held at the UCF Arena, said Brad Crawford, director.

Sponsored by local churches, the BCM, and supportive businesses, the event drew over 1500 people.

“Current and former BCM students played key roles in organizing and leading the night of worship, music, and preaching, which resulted in salvations and a renewed sense of the need for revival on campus,” Crawford added.

“As a ministry, BCM continues to pray that the campus and the world will be impacted and that the name of Jesus Christ will be glorified.” 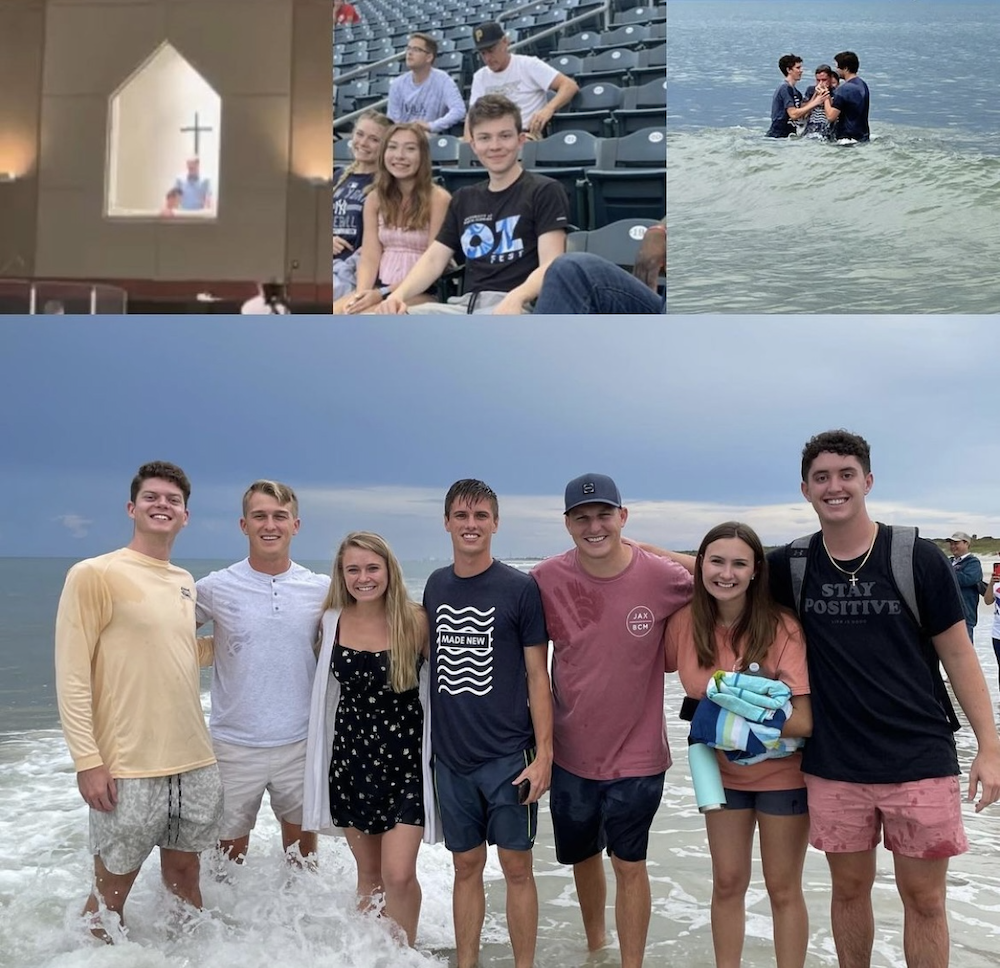 “We are super excited to see how the fall has kicked off for Jacksonville BCM,” said Director Ben Braly. “We have been reaching out to new students coming in, and hosting events for students on campus as well.”

“One highlight that has been encouraging is we saw two students baptized on the same day into two local churches. One of the students was following the Lord in believer’s baptism. The other student was a ‘self-proclaimed atheist,’ who came to faith through the Lord bringing him to Himself.”

Braly explained that he reached out to the first student through a friend “who invited him to his church and became a member that was baptized.”  He approached the second student after learning from the pastor the young man had visited his church. “He came to BCM and I was able to lead him to a Christ. He went back to that church and was baptized and attends there now.”

According to Braly, this demonstrates how critical a partnership between local churches and the BCM is to the ministry. “We are so excited to see God continually moving at BCM and look forward to what Christ has in store.” 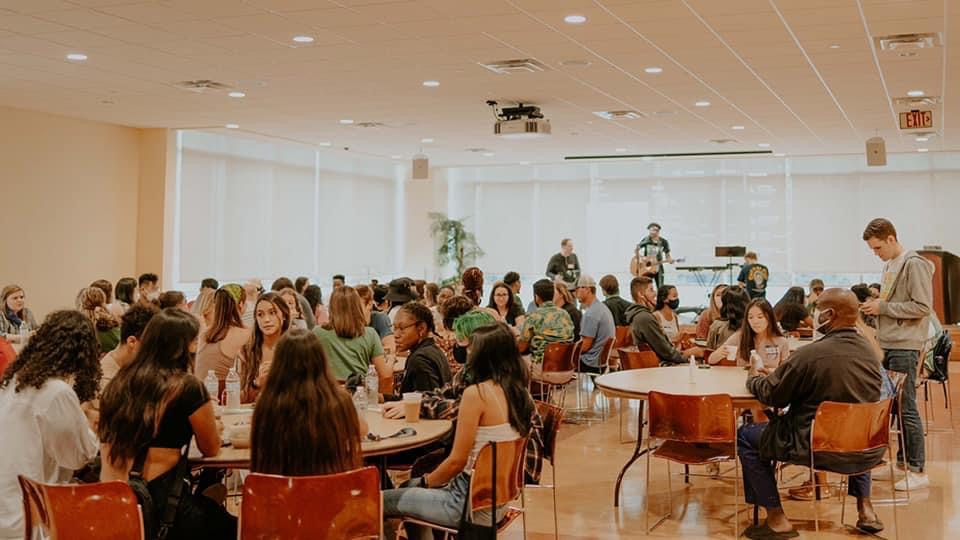 With 15 students making professions of faith and 17 students recommitting to their Christian walk, Jay Sanders, BCM director for the Tampa area said, “God is on the move at USF.”

“In the first few weeks of school we’ve experienced the unbelievable favor of God. We’ve made contacts with many new students on campus and had an overwhelming turn out at each of our week of welcome events,” he said.

In addition to the faith decisions, Sanders reported that several students have requested one on one meetings to talk about Christianity. “This is all God.”

“We praise God for the work that He is doing in Miami and on campus at the University of Miami,” said Andrew Fernandez, BCM director for the Miami area. This year UM welcomed its largest incoming class with 2,700 freshmen. 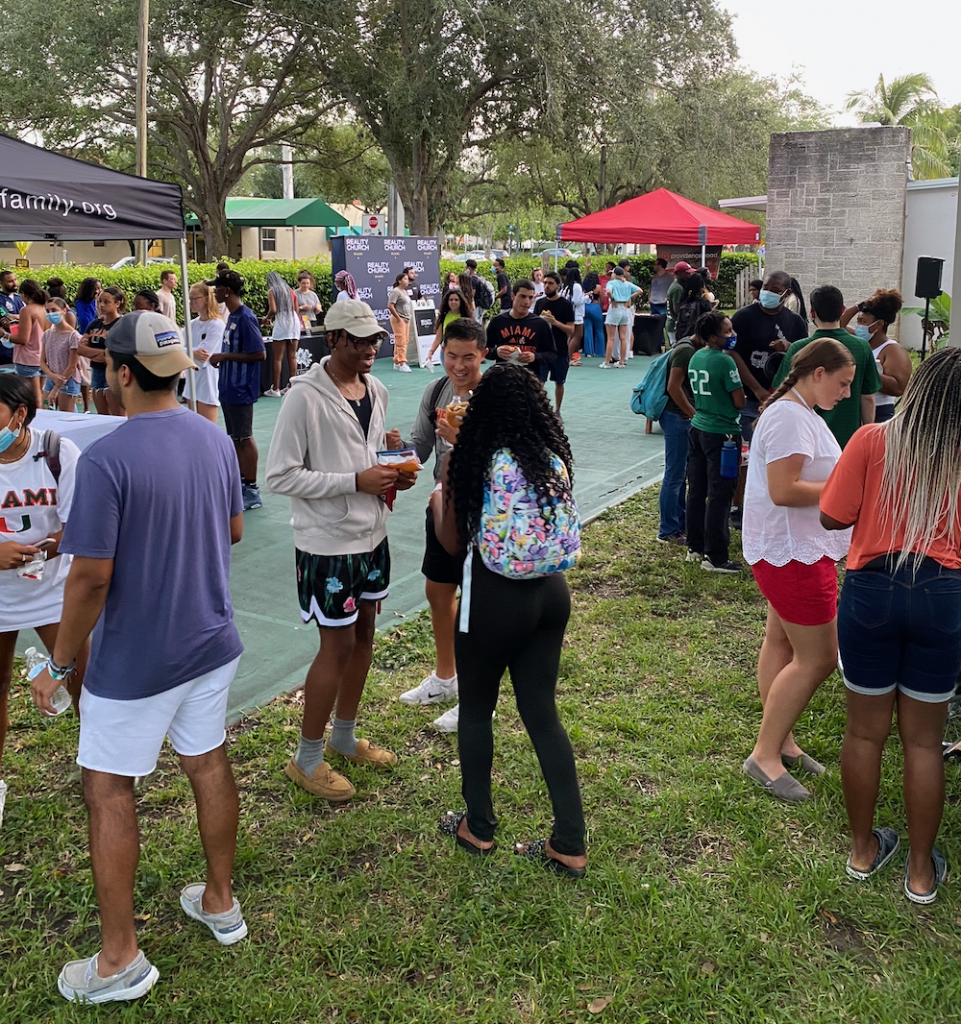 Crediting the work of Florida Baptist churches and the BCM ministry, Fernandez said students are being reached with the gospel of Jesus Christ.

During the first week of school the Miami BCM hosted a campus outreach and church fair event. “It was at this event that local churches heard the reality that in the year 2020 only 246 out of nearly 12,000 undergraduate students declared themselves as Christian,” said Fernandez.

Noting that Miami-Dade is one of the most unchurched counties in America, the BCM director said, “the University of Miami shares a similar reality.” After praying for the campus and community, that evening five local churches and the Miami BCM welcomed over 130 UM students with open arms, gospel conversations and chicken sandwiches.

“This work could not be done without the local church, committed students, and the support of Florida Baptists, but we once again give all the glory to God for the work He is doing and will continue to do in Miami.” 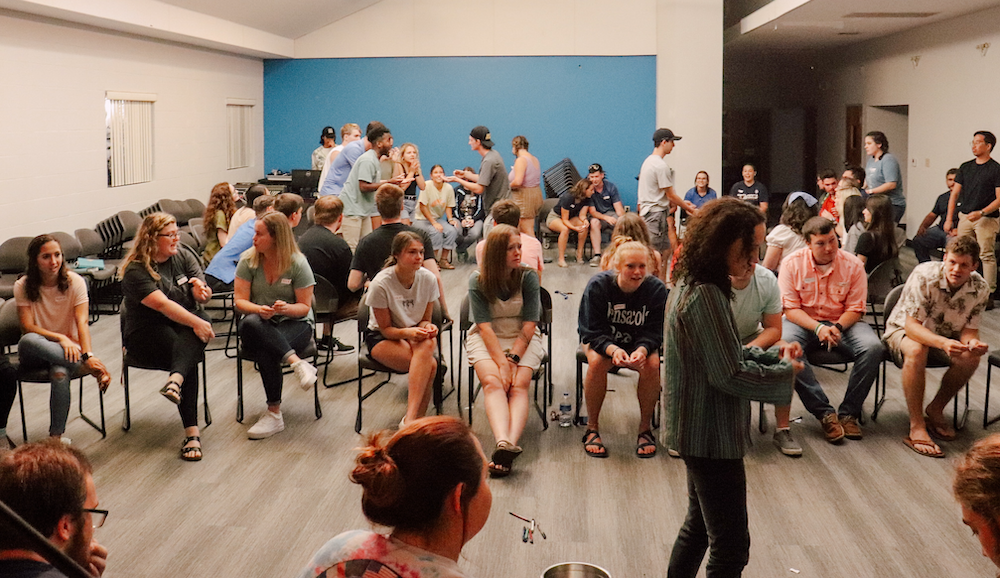 “God has been so gracious to us in Pensacola,” said BCM Director Quinton Englebright. Both University of West Florida and Pensacola State College are running classes ‘normally’ for the most part, he reported, “so it has been so exciting to see our campuses filled with students again.”

The BCM director said during the first few weeks of classes, “we have seen such favor from God. We have seen more churches not just supporting but participating in the work of reaching college students.”

“By God’s grace,” the BCM has been able to reach more than 200 students and follow up with the gospel or discipleship relationships, Englebright said.

“Another incredible report is the cooperation that is being built with other student organizations and the campus in general. We are so excited for what God will do the rest of the semester.” 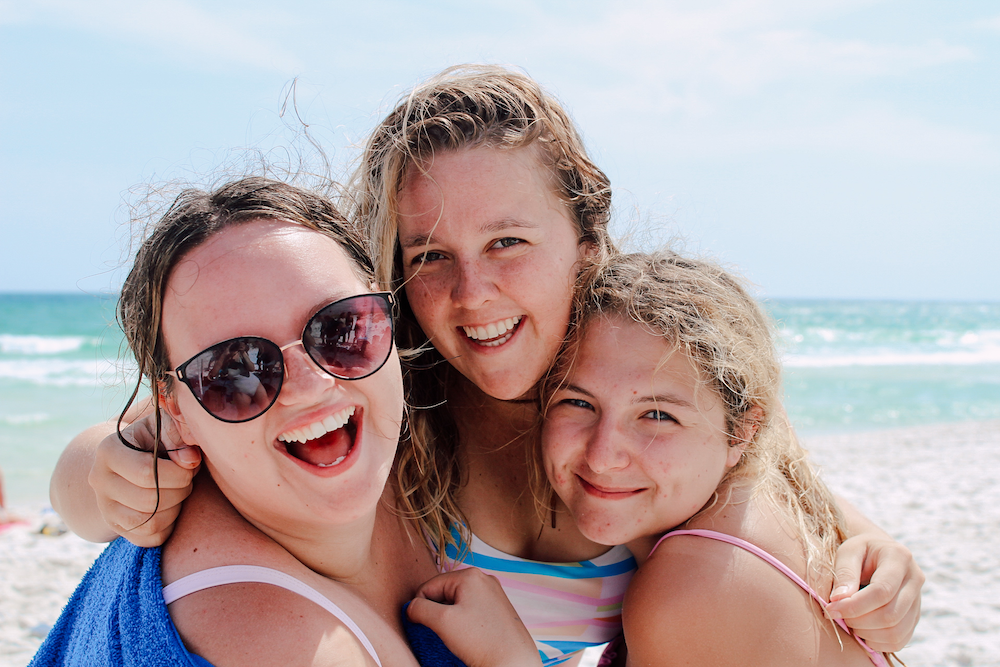 At the Baptist College of Florida in Graceville, BCM students are ready to get involved in their campus community and beyond, said BCM director Lance Beauchamp.

“We have already seen excitement in the increased attendance of students and representation from churches at our ‘Church Meet and Greet’ during orientation week and consistently larger numbers at our bi-weekly ‘Coffee Hour,” he said.

Additionally, students are serving in a variety of capacities this semester, including helping with Fellowship of Christian Athletes activities and serving in the concession stand for home football games at Graceville School to enable parents to watch their children in the band.