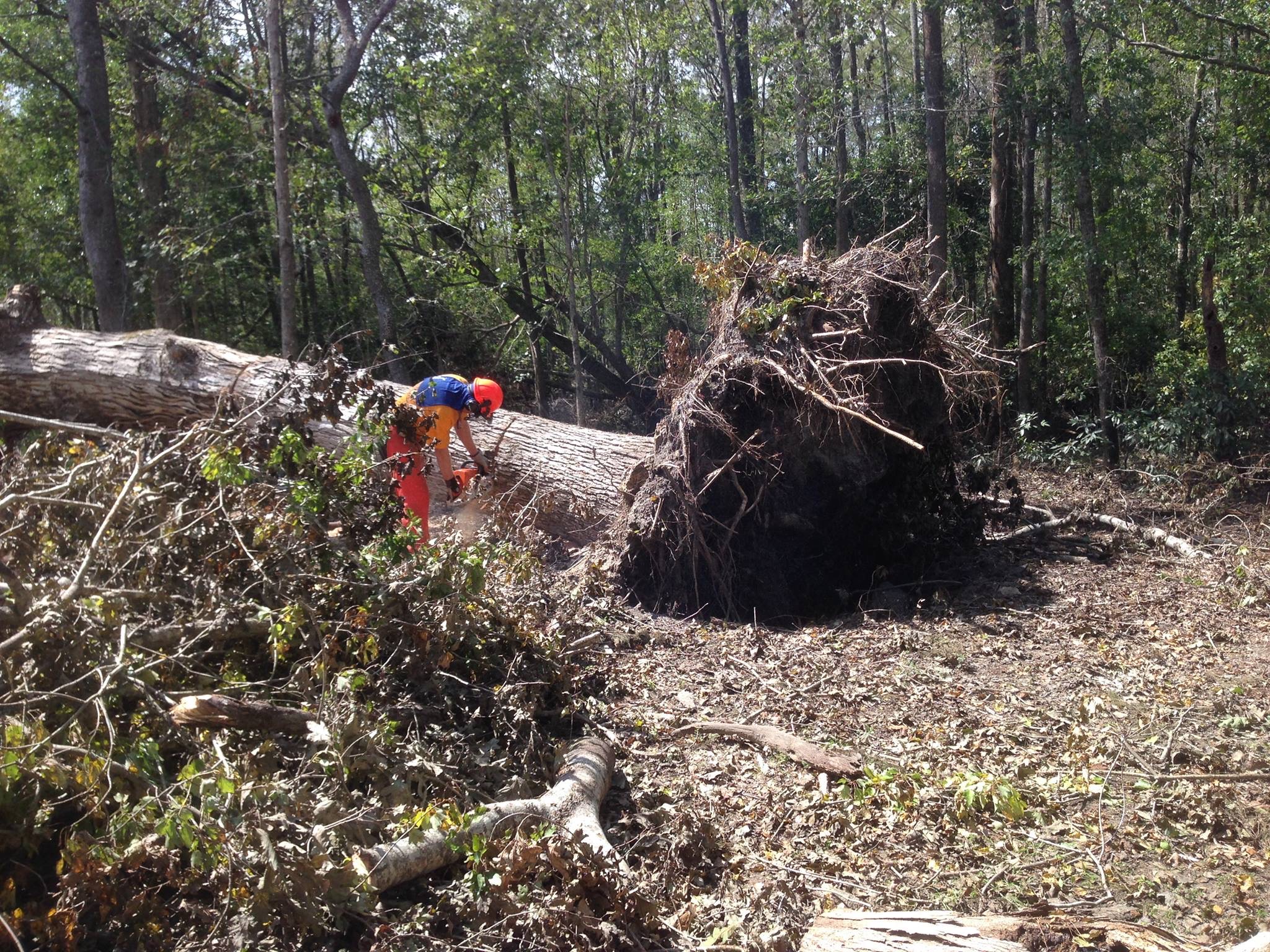 The brave men and women who serve with Florida Baptist Disaster Relief ministries are back in Florida from their time volunteering in North Carolina in response to Hurricane Florence.

Just over a year ago Florida was hit hard by Hurricane Irma and North Carolina was among the states that sent volunteers to help with relief efforts. This year, close to 400 Florida volunteers served in North Carolina after Florence passed through the state leaving major flooding in its path.

The first team of volunteers left the Lake Yale Baptist Conference Center on Sept. 18 and set up operations at Western Prong Baptist Church in Whiteville a day later. During their time in Whiteville volunteers served more than 50,000 meals and completed more than 200 relief jobs including clean-ups and mud-outs. And during that time, God allowed the volunteers to also engage in Gospel conversations which led to five professions of faith.

“[It was] an amazing testimony to the passion and spirit of serving others and sharing Jesus,” said Delton Beall, director of Florida Baptist Disaster Relief. Later in a Facebook post he added that he was “honored to serve with so many,” and expressed gratitude to pastor Ronnie Wilson and Western Prong Baptist Church for being “such gracious hosts.”

Volunteers were up as early as 4 A.M. preparing meals to serve to hurricane survivors. They also helped clean out flooded homes in nearby Clarkton, a story that made it on the county’s news site, bladeonline.com. The team, along with other Disaster Relief volunteers, worked in 60 homes removing debris, tearing out floors, pushing out water and setting up tarps.

Robin Nelson, with Florida Baptist Disaster Relief, worked alongside her team in the home of Bonnie McLaurin who told Bladeonline.com that “God just sent these people. I appreciate them so much.” Nelson added that “basically we are just the hands and feet of Jesus.”

“Thank you Florida Baptist Disaster Relief for coming to N.C. to help us,” wrote Richard Brunson, Director of Baptist Men and Women on Mission of North Carolina, in a Facebook comment. “You are making a tremendous difference in many lives and we will never forget what you are doing and have done for us.”

Donations can be made to Disaster Relief by clicking here. All proceeds given go directly to help people impacted by the storm.

Alderman to be nominated as State Convention officer for second term