CITRUS SPRINGS–Church planting is not for the faint of heart. It requires confidence in things hoped for and the evidence of things not seen. It calls for faith.

Just ask Pastor John Ryman of Faith Fellowship in Citrus Springs. Almost one year ago, the pastor and his core group were set to move into their first church building in southwest Ocala. But two weeks before their first Sunday they learned the property had been sold to another buyer.

Such a setback may have dissuaded some, but Ryman and his team relied on their faith and perseverance as they combed Ocala for the right location for their new church to meet. They searched schools and colleges, warehouses and shopping centers, all to no avail for various reasons. Meanwhile, they continued to meet Sunday evenings at their sending church, First Baptist Church in Dunnellon. 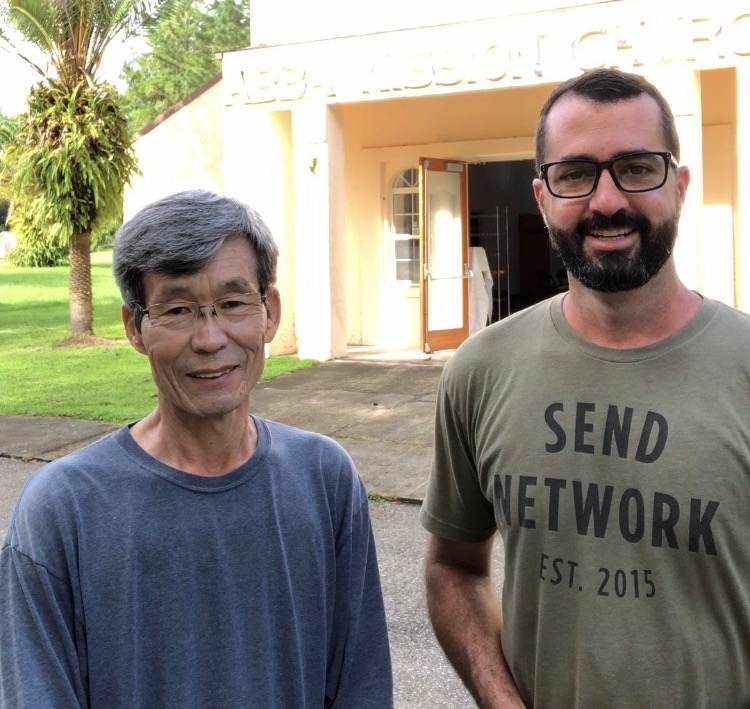 When Ryman learned of a small church in Citrus Springs, located about 40 miles southwest of Ocala, he met with the pastor and heard the church was built in 1993 for a Korean congregation. Most of its membership had moved away over the years. While the congregation was interested in selling the property, the asking price was beyond what Faith Fellowship could afford.

So, they were back to square one, still searching for property. But then two weeks later Ryman received a call from the pastor.

“He tells me that he’s been praying and fasting about this and says ‘I feel confident that you are the answer to my prayer. God has sent you to me. We’d love to sell you this facility.’”

That was back in April. With $80,000 raised by the congregation and $100,000 in financial assistance from the Florida Baptist Convention, the church closed on the property valued well over the purchase price in early September and began holding services there. The commissioning service was held at First Dunnellon on Sept. 27.

“God knew where he wanted us to be the whole time,” Ryman said. “It just took a little while for us to get on his page and he made that perfectly clear with this facility.”

And what a facility it is! Located on six acres, the building offers 3,400-square-feet of space with a 2000-square-foot sanctuary, as well as office space, a nursery and kitchen. Ryman said the sanctuary can double as a fellowship hall when the need arises.

Plans for a second phase of construction have already been approved by the county. Phase 2 includes plans for a 9,000-square-foot facility – 5,000 for a sanctuary and 4,000 for a wing with Sunday School classrooms.

As for demographics, Citrus Springs is one of the fastest growing areas in Citrus County, Ryman said, with lots of new affordable homes being built and plans to construct a new public high school just three miles away. The location is ripe with potential for the church’s target audience of millennials, those between the ages of 22 and 38.

“There is a huge unreached millennial generation that is waiting to be reached with a different style and different atmosphere of church,” Ryman said. “I think we’re going to attempt to do great things for God with reaching an untapped generation. And our church service will be geared for that generation.”

The church has a core group of about 35 people who are continuing to meet each week for worship. The group is also working three mornings a week to renovate and update the building, with plans for a full launch around Christmas.

“There are some things that require time before we can hit the ground running with both feet,” Ryman said. “I’m hoping our Christmas Eve service kind of kicks us off for the new year and we’re running full steam ahead in that direction.”