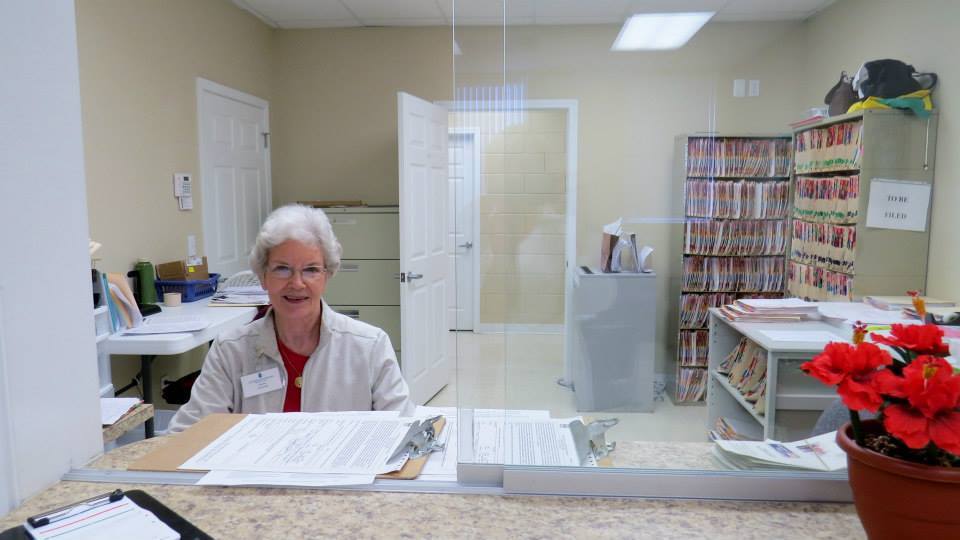 VALPARAISO–In 2019, the U.S. Census Bureau reported that almost 3 million Floridians under the age of 65 have no health insurance.

Crossroads Center Medical and Dental Clinic is standing in the gap for its Northwest Florida neighbors who need medical care most. Collaborating with community healthcare resources and volunteers, the faith-based medical ministry delivers free, quality medical and dental care to low-income, uninsured adults in Okaloosa and Walton counties.

The clinic treats between 900 and 1,500 patients annually, providing more than $17 million in free healthcare from its two locations in Valparaiso and Crestview. Additionally, working with some of the national’s largest pharmaceuticals, Crossroads has supplied over $7 million in free medication to their patients.

The vision for the clinic was born in the heart of Hershel Adams, retired director of missions for the Emerald Coast Network. In 2005, Adams led a team of volunteers to host the Florida Baptist Convention Mobile Dental Unit for the first time in Ft. Walton Beach.

While eligibility screenings were set to begin at 9:30 a.m., Adams received word about 7:30 a.m. that at least 100 people were already in line for services. At the end of the eight-hour day, more than 100 people still had to be turned away.

“In that moment, God burdened my heart. If these people didn’t have dental care, they probably didn’t have medical care either. I knew God was calling me to do something,” Adams said. “Our Association conducted a study on the medical and dental assistance available to residents of our county. We discovered that there is no help for low-income, uninsured people ages 18-64.”

In 2005, the association voted to begin a free medical clinic for the uninsured, low-income adults residing in Okaloosa County. Located at the Ft. Walton Beach Medical Center, Crossroads clinic began accepting patients in January 2007. Using a staff of volunteer doctors and nurses, the clinic was opened to patients on Saturday mornings only.

But that soon changed. 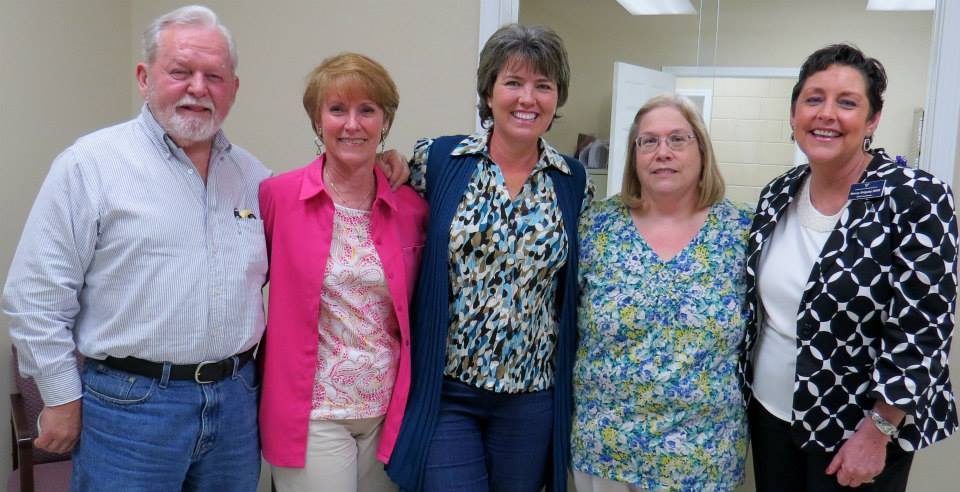 “Each year Crossroads has seen an increase in our patient load, and we are now scheduling patients Monday through Thursday, and Saturday mornings,” said clinic manger Cindy Bray.

Having developed partnerships with local hospitals and a local MRI facility, patients received no cost diagnostic testing and bloodwork. Had it not been for the clinic, Bray observed, the only option for most of these patients to receive medical attention is emergency rooms, placing a tremendous strain on local hospitals and increasing the burden for individuals unable to afford healthcare.

Bray, a former restaurant manager, was encouraged to volunteer at the clinic by her mother-in-law. “When I first came on board, I didn’t feel qualified. “I started as a receptionist and grew into the position of clinic manager,” she said.

“The Lord quickly showed me that my time working with the public had prepared me for this special assignment. Most of our patients come to us with great need both medically and spiritually. The Lord has done a great work in my life through trials. Through those experiences, I can minister the love of Jesus to others.”

Charles Wilson, pastor of The Chapel at Crosspoint in Santa Rosa Beach, serves on the center’s Board of Directors.  Having earned a PhD in psychology and human development, he is a tremendous asset to the clinic, having worked with the American Hospital Association and the IRB (Institution Review Board). 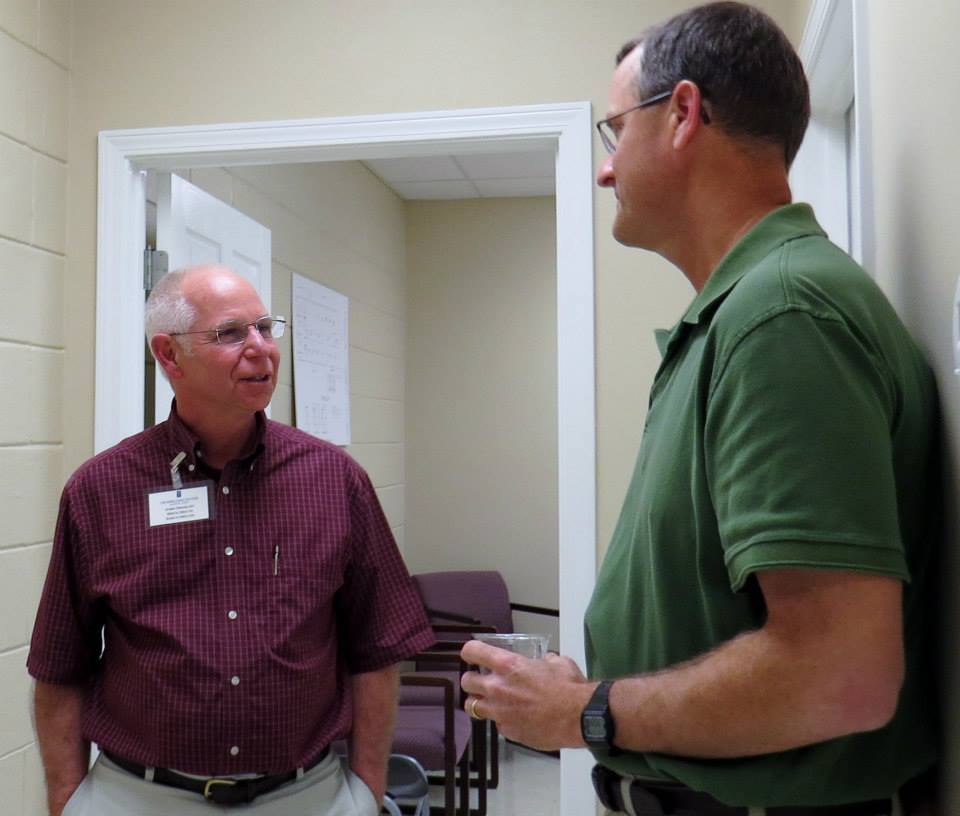 According to the pastor, the U.S. healthcare system has enough money to provide excellent care to everyone.

“The money available for healthcare does not get to the person who actually needs the care. There are so many hands in the till that there are few resources that get to the people who need it. Consequently, we have a gross number of under-served people in our country. That’s where Crossroads comes in.”

Even through the Affordable Care Act, the average person making $20,000 a year struggles to afford the lowest available plan, he added.

Prescription medication is also a tremendous burden for the uninsured. Wilson reported that the treatment regimen for a person with Hepatitis C can be as much as $90,000.

Crossroads works closely with some of the nation’s largest pharmaceutical companies, tapping into their patient assistance programs. Clinic volunteers work two days a week to help patients apply for free medication and process those prescriptions when they arrive. This has enabled the clinic to provide patients with the $7 million in free medication.

In March 2009, Crossroads moved from its Fort Walton Beach site to another location provided by First Baptist Church in Valparaiso, expanding services to include Walton County residents.

From its conception, Crossroads’ vision has been to expand its services to include dental care. Knowing the estimated cost of an in-house dental clinic was an estimated $120,000, in 2013 with only $12,000 in designated funds, the Crossroads board took a step of faith, voting to move ahead with the dental clinic. Fifteen days after that an anonymous gift of $70,000 was given towards the dental clinic; 30 days later, a local church donated $10,000; two months after that another anonymous gift of $50,000 was given.

“No announcement or request for donations had been made. This was all God,” Adams said.

In 2016 Crossroads was blessed with an opportunity to share an office with one of its volunteer physicians in Crestview. In January 2017, this new satellite office began treating patients on Tuesday and Thursday afternoons.

Because physical symptoms are often an indicator of deeper, spiritual needs, the clinic developed a CARE program–Christians Aiding in Resources and Encouragement–to minister to patients and share the love of Jesus Christ while providing information about other resources. 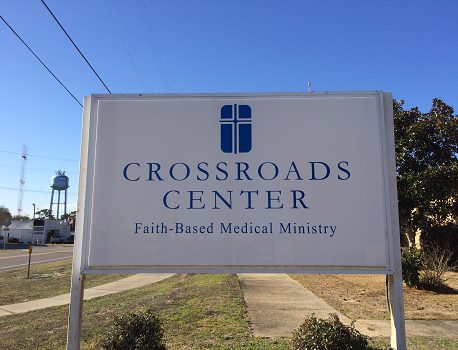 Crossroads continues to look toward the future and further expansion of services. With a strategic plan in hand, earlier this year, the board voted to find a permanent home. When a $80,000 piece of property became available, the board received news that the clinic had received an $80,000 donation.

The clinic, which is one of 29 medical and dental clinics in the state to receive funding from the Florida Baptist Convention’s healthcare ministries, will celebrate its 14th anniversary in 2021.

“The Clinic was a leap of faith, but has never really been in need,” said Wilson. “God has already provided, even in advance of the needs we didn’t know were coming. It’s been an amazing journey!”

“What started in the heart of an old preacher,” Adams said, “turned into something only God could do. I can’t believe God let me be a part of it!”

The Clinic is always in need of clinical and non-clinical volunteers.