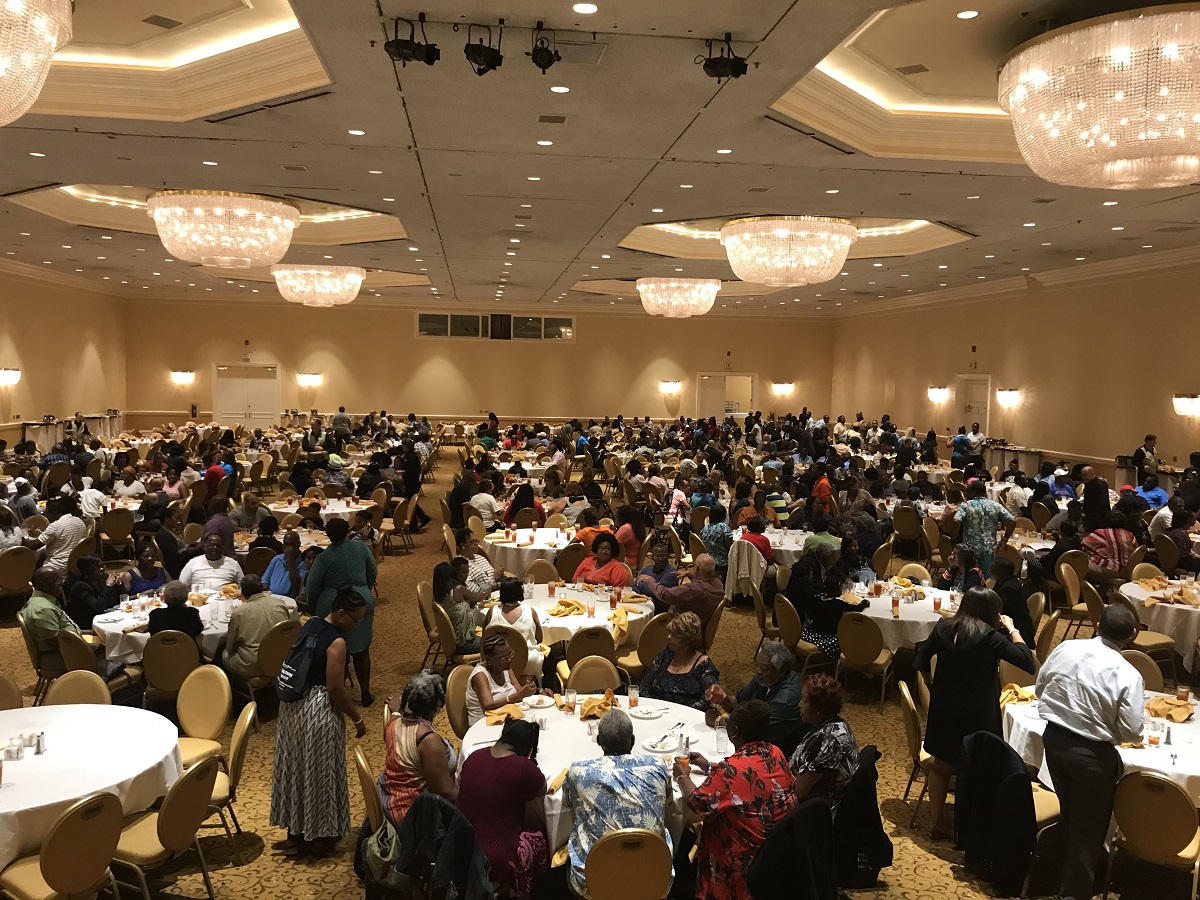 On Aug. 3th – 4th Florida Baptist pastors and churches were challenged to engage the culture with the truth of the Gospel during the Black and Multicultural State Fellowship Conference at the Innisbrook Resort in Tampa.

The theme was Culture Shift.

“The clear call for personal fidelity to Biblical truth resonated throughout the Conference,” said Tommy Green, executive director-treasurer of the Florida Baptist Convention. “We were called to examine the ministry of the church from the perspective of impacting our world with the Gospel.”

More than 800 attended the conference and approximately 60 Florida Baptist churches were represented, reported Patrick Coats, black and multicultural church catalyst for the FBC.

The conference kicked off Friday evening with a joint dinner followed by worship and a sermon preached by pastor Tyrone Blue of First Missionary Baptist Church of Gainesville. Legacy pastors, FBC staff and catalysts as well as many Southern Baptist Convention servants were recognized at the kickoff service, said Jeffery Singletary, central Florida catalyst.

Afterglow, an event specifically designed for millennials, took place Friday night and was “set up to reach into the lives of millennials and engage them with Baptist life,” said Singletary.

Saturday started off with breakfast, was followed by a worship session, preaching, more worship and finally two breakout sessions.

Pastors and leaders had more than 20 breakout sessions to choose from covering relevant topics such as engaging the LGBTQ community, keeping and mobilizing millennials, team leadership and revitalizing legacy churches in transition among many others.

Fred Hinson, pastor of New Hope Baptist Church in Hudson, said that the content of the breakout sessions and sermons “was diverse enough that every church could strengthen their ministries.”

Sherard Burns, pastor of Renewing Life Church in Miami, led a breakout on how the church can engage the LGBTQ community without comprising its values. Hinson attended the session and said his main takeaway was that walking with those who are struggling with their sin was key. He added that being welcoming as opposed to ostracizing and judgmental is important in reaching this group.

“We are called to help them and encourage them to grow in Christ,” he said.

Singletary also pointed to churches and public schools working together as a sign that culture is shifting.

“A lot of churches have schools right across the street from them and it just makes sense to work together,” he said, adding that in the past, churches and schools did not seek out that kind of partnership because of the separation between church and state but now, school staff and leaders are seeking out churches to work alongside them.

The cultural shift, however, is not exclusive to life outside the church.

“The culture around the church is shifting but even the plates that make up church life are shifting, even Convention life is shifting,” he said. “We used to have a type of segregation divide but today we are becoming more monolithic, there is no more need to have isolated groups.”

Those who attended were challenged to “be all in” in their partnership with the Florida Baptist Convention in order to engage the culture and reach the lost.

“Being all in means that churches are not just part of the FBC, it means they are partners with the FBC in engaging the lostness,” said Coats.

“The unity, fellowship, worship, and training experienced through this Conference inspires us to press on together for Christ,” said Green.

Cummings to be nominated for State Convention President