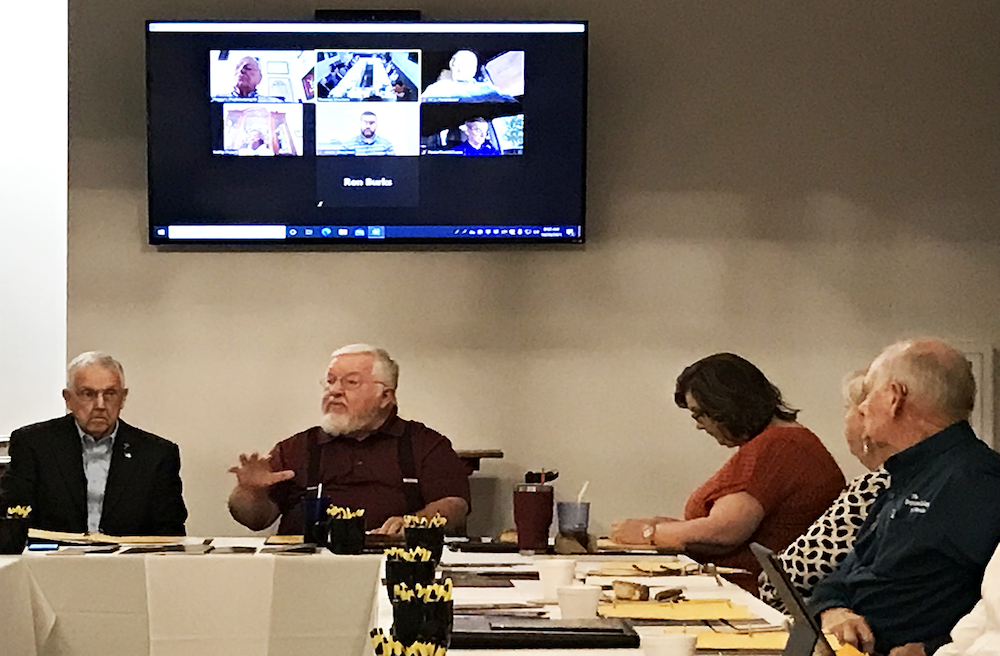 GRACEVILLE–The Baptist College of Florida’s Board of Trustees adopted plans to establish a third campus in South Florida, approved an institutional name change and learned of retirement plans for BCF President Thomas A. Kinchen during its pre-Florida Baptist State Convention meeting Oct. 26 in Graceville.

The third campus will give South Florida students the option of pursuing a program of study in a Christ-centered, Bible-based, accredited and affordable institution, said Kinchen.

He reported that he has met with the Florida Convention staff as well as leaders in the Haitian, Hispanic, African American and Anglo churches in the area. He described the meetings as “exciting and informative.”

“I have never met with a group that showed more enthusiasm and had a better grip on the reality and responsibilities for starting a new program of Christian higher education,” Kinchen said.

If preliminary planning and organization can be completed, the South Florida campus is expected to begin offering classes in August 2022.

Following the vote to establish the new campus, the BCF President noted that many changes had been made to the life of the college since the school was named BCF in 1990. These changes include a graduate school, several new fields of study, and establishing of two new campuses.

As a result of the changes, Kinchen recommended that the name of the school be changed with the new name including the designation of “University.” He explained the school has been technically eligible to adopt this designation for several years, but the leadership has waited until this time to pursue the name change.

The trustees adopted the name as Florida Baptist University.

Before the name can be official, however, several steps must be completed including approval by Florida’s Secretary of State, the Commission on Colleges of the Southern Association of Colleges and Schools, and the Commission for Independent Education of the Florida Department of Education.

“While this process will take quite some time, we are truly excited about unveiling a new name that communicates the breadth and depth of our programming,” said Kinchen. “We are also glad to state that while the name may change, the heart and mission of the school will remain constant.”

At the conclusion of the meeting, Kinchen announced he had “prayerfully” decided to retire effective Dec. 31, 2022.

The decision is in keeping with action taken during the May board meeting when trustees approved the creation of a committee to develop a presidential succession plan for the college.

He explained that because the trustees had adopted an exciting and challenging plan for growth over the next several months, he did not plan to retire immediately. Instead, he wanted to provide for the “succession committee as well as eventually a selection committee to have plenty of time to function in an orderly manner,” he said.

Kinchen added, “This announcement comes as the result of my own initiative with no pressure or suggestion from anyone. I love what I do, and I love the people with whom I work. My sincere prayer is for a bright and fruitful future for this fantastic institution.”

In other business, the Board received reports of campus repairs and restoration that are still being made due to the damage from Hurricane Michael. Kinchen reported that negotiations regarding insurance settlements from the hurricane are apparently nearing completion.

Mission strategist: Sabbaticals critical for those in ministry