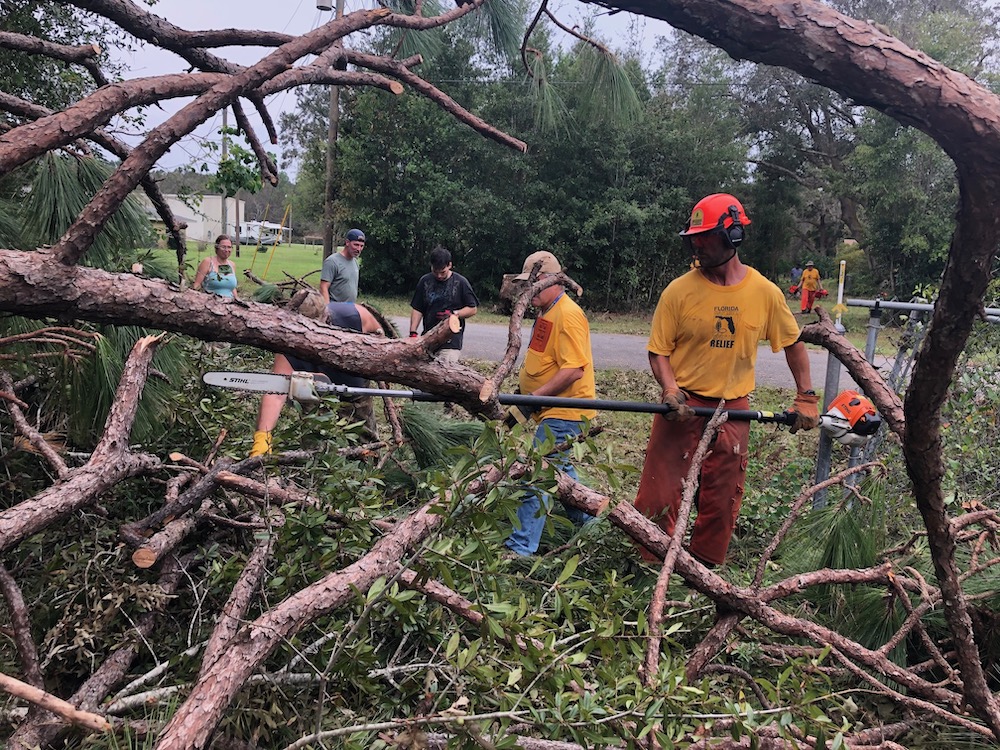 PENSACOLA— West Pensacola and surrounding areas were battered by the sluggish Hurricane Sally which made landfall Sept. 16 as a Category 2. Many in the region were caught off guard by the intensity of the storm forecasted as a Category 1 hurricane.

Sally dropped about 30-plus inches of rain and came ashore near the Florida-Alabama line with 105 mile per hour winds. The storm ripped roofs, strewn broken trees throughout, flooded streets and homes, and left hundreds of thousands of people without power. 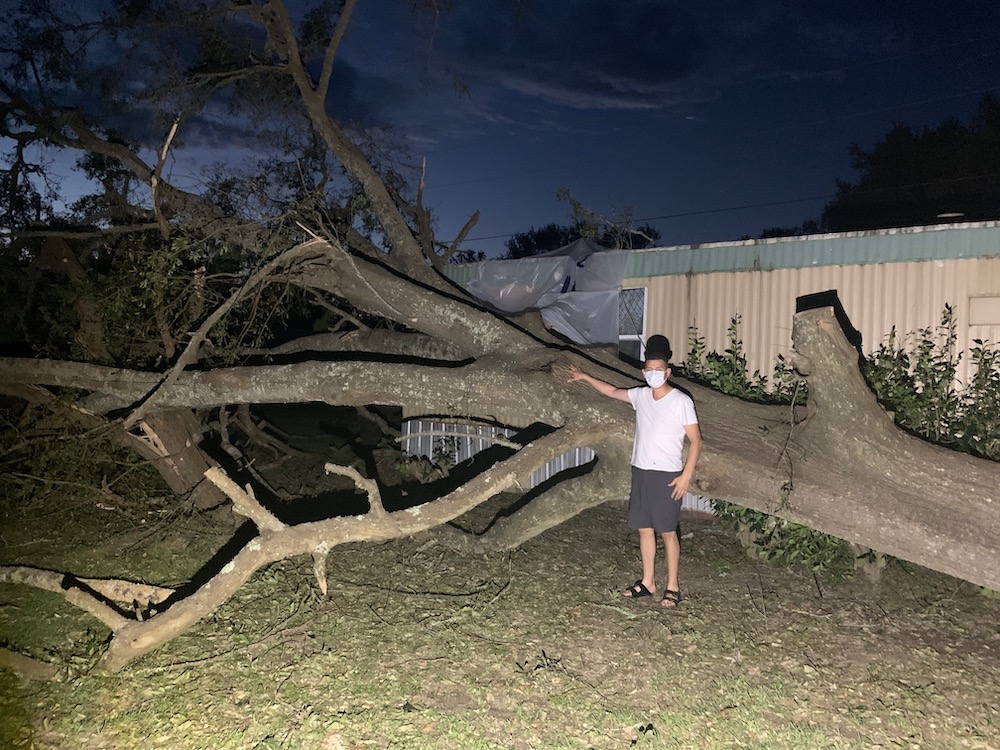 Water damage from the hurricane will keep the building of First Baptist Church in Pensacola closed for a while, Pastor Dave Snyder said.

Approximately a foot of water sat in areas of the historic church building during and after the storm. The flooding led to balcony damage and significant water damage. The storm brought more water damage than did Hurricane Ivan in 2004, which came 16 years earlier almost to the day, Snyder said.

“I’m just trying to figure this out,” Snyder said. “It’s been quite a journey for us, especially in 2020, with the pandemic, with racial tensions, with the election coming up, and now with the hurricane.”

But he has been encouraged by his congregation’s response in the storm’s aftermath.

“I love the people of First Baptist and they have shown some true grit in all of this – they just want to get out and serve, they want to get out and help their neighbors and as a pastor that just blesses me,” Snyder said. “Whenever a storm hits the church really rises up above the tide and shows the love of Christ, more than in normal circumstances.”

With church members scattered throughout the Pensacola area, Snyder said his team was still assessing needs while working to partner with Florida Baptist Disaster Relief.

“Several feet of the shingle roof of our building and the fellowship hall was ripped off, water poured in and we lost a metal awning to the wind,” said Pastor Brian Calhoun of Highland Baptist Church in Molino. The church will begin a recovery process.

Members of Mision Casa in Gulf Breeze may not be able travel to church for a while because a section of Pensacola’s Three Mile Bridge connecting the city with Gulf Breeze was torn apart after being rammed by barges tossed in rising waters, said Mision Casa’s pastor, Gabriel Vargas. Power has been lost throughout the region. 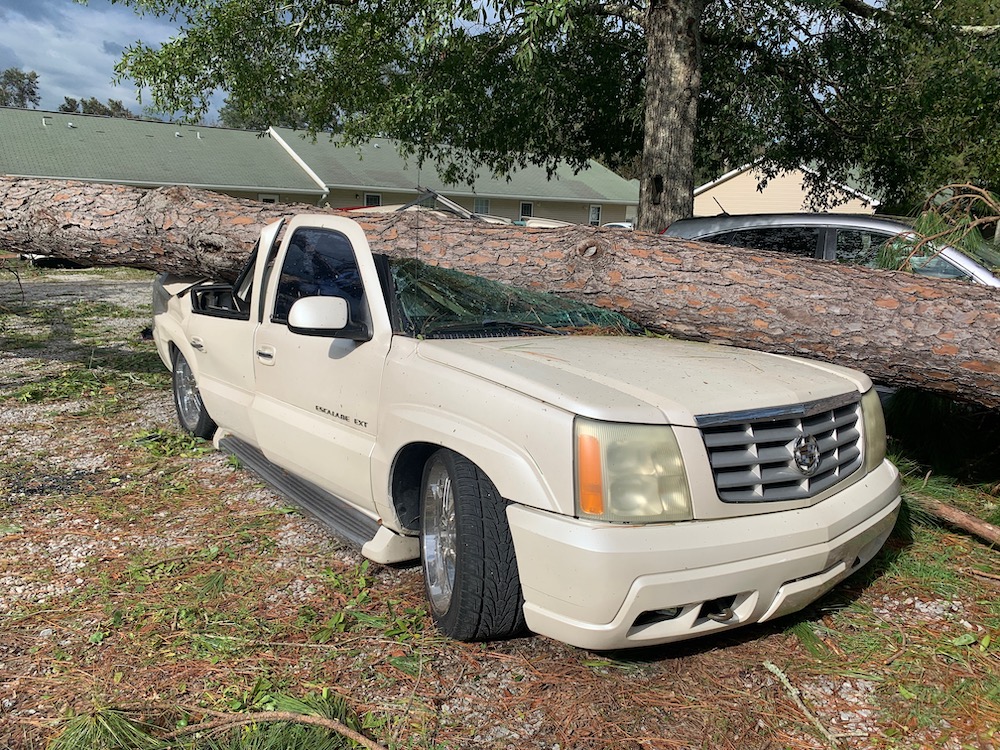 “Our older members are the ones we are most worried about because many of them depend on devices that need electricity to work,” he said. Some have relocated with church families that have power.

Two Mision Casa families who live across the state line in the Foley, Ala. area lost their homes when trees crushed their mobile homes.

Other churches damaged by the storm include First Baptist Church in Navarre which lost a steeple and had flooding in the sanctuary. John McInnis, associate pastor of outreach, said on Saturday church members were vacuuming up the excess water in the soaked sanctuary and classrooms with a goal of having worship on Sunday.

Tim Coleman, pastor of The Point in Perdido Key, reported that while the church had little damage, “our people have four-to-five feet of water in their homes.” Members quickly organized to help their neighbors the weekend after the storm. They distributed water, ice and delivered 1,800 family box meals provided by the Florida Baptist Disaster Relief to the communities near the Perdido Key campus and their Elberta, Ala. campus located about 18 minutes away.

Lewis Miller, Florida Baptists’ west regional catalyst for the Florida Baptist Convention (FBC) said the past six months have been difficult for pastors trying to rebound from the pandemic.

“The pastors have said to me ‘I’m just so exhausted,’ it does weigh heavy on them because they were just starting to get back into the rhythm of things and then they get hit by a storm like this,” he added.

Tommy Green, FBC’s executive director-treasurer, will travel to the region during the next week. He expressed “the thoughts, love, prayers, and support of the Florida Baptist Convention for our panhandle family impacted by Hurricane Sally,” he said.  “Our Florida Baptist Disaster Relief Teams are already staging feeding units and clean-up and recovery units to respond to needs.” 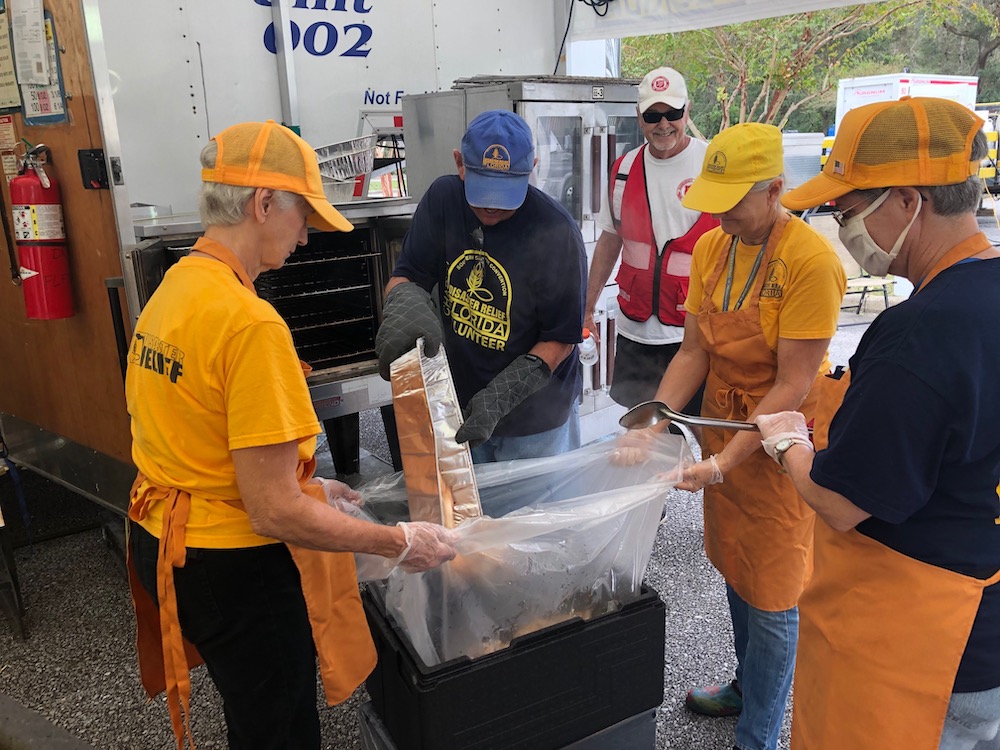 Florida Baptists are mobilizing to respond, providing cleanup and recovery as well as mass feeding and spiritual care. One kitchen has already been mobilized, said Delton Beall, SBDR director for Florida Baptists, and he began serving meals on Saturday.

The feeding units are located at Olive Baptist Church and Hillcrest Baptist Church, both in Pensacola. Hillcrest is also the staging area for clean-up and recovery teams.

“The Florida Baptist Convention will be providing assistance with insurance deductibles and financial help to churches for assistance in recovery,” said Green.

Financial donations can be done online at www.flbaptist.org/give and click Disaster Relief. Mail-in donations designated for Disaster Relief can be sent to the Florida Baptist Convention at 6850 Belfort Oaks Place, Jacksonville, Fl 32216. Contributions can also be made through local churches for this effort.

“Southern Baptists are at their best when they are serving others and sharing the hope of Christ,” said Beall. “That’s the amazing thing about disaster relief ministry. It gives us the opportunity to serve right alongside folks and let them know that God still cares for them.”