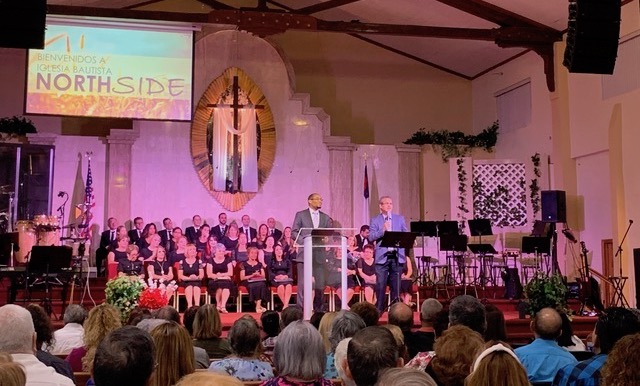 MIAMI— Iglesia Bautista Northside in Hialeah, known as a church that loves its neighbors, is now embracing its community further by providing worship in English for those who don’t speak or understand Spanish.

On Aug. 25 the church launched its first English-speaking service, sandwiched between the two Spanish worship services. Now averaging 100 in attendance, the new service includes young families, youths, middle aged and senior adults. While some are members, nearly two dozen new people were drawn to the church by the English service.

The church considered the need for an English service when a significant number of families who spoke primarily English began attending the church, said Carlos Finale, student pastor who also serves as the English pastor.

“We felt the need to absolutely start an English service when I saw that as soon as our youth turned 18 and had to go to the adult service, they would leave to go to an English-speaking church,” he explained. 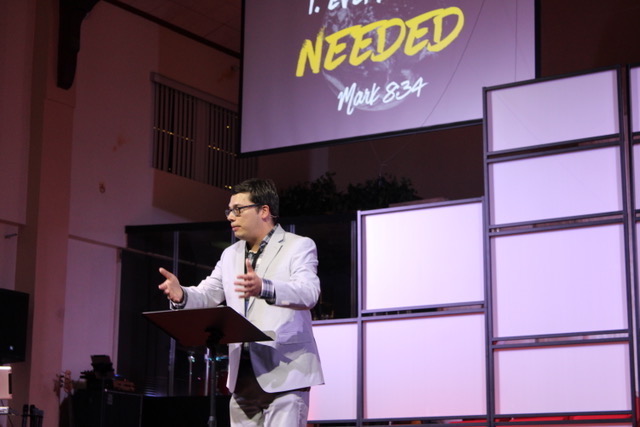 Finale, along with the church’s senior pastor Alberto Ocaña, knew they needed to engage second and third-generation Hispanics, the younger pastor said, but intended to remain as a single congregation.

“We are keeping it as one church. We preach the same message, sing the same songs in English, push the church’s thread of being a church that is here to serve. Those things are the same in Spanish and English,” Finale said.

According to Emanuel Roque, Florida Baptists’ Hispanic church catalyst, Iglesia Northside is “not just starting an English service, but doing ministry as a united church so together they can serve and share the Gospel with more people and families in their circles of influence.”

And while the service is presented entirely in English, the Hispanic culture is very much present, assured Finale. “The Hispanic flavor is imbued in the English service.You can feel it in the warmth of the greeters’ welcome, the coffee being served and the rhythm of the songs.”

On Sept. 22, the church celebrated its annual “Día del Amigo,” or “Friends Day.” Members were encouraged to invite a friend who needed to hear about Jesus. The service was preached in English by guest preacher Erik Cummings, pastor of New Life Baptist Church in Carol City who also serves as president of the Florida Baptist State Convention. Roque provided simultaneous Spanish translation. 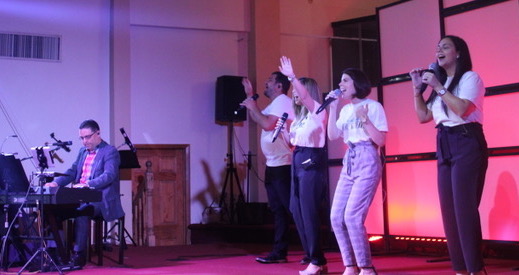 The special day represented the church’s unity even while speaking two different languages, said Ocaña, noting that attendance was even higher than Easter services.

“As Iglesia Northside and other churches continue to reach their mission field they are intentionally extending beyond their original language and demographics,” said Roque.

“Churches like this are looking for ways to be multicultural, multilingual and multigenerational as they fulfill the Great Commission in their mission field.”

Come and join us!