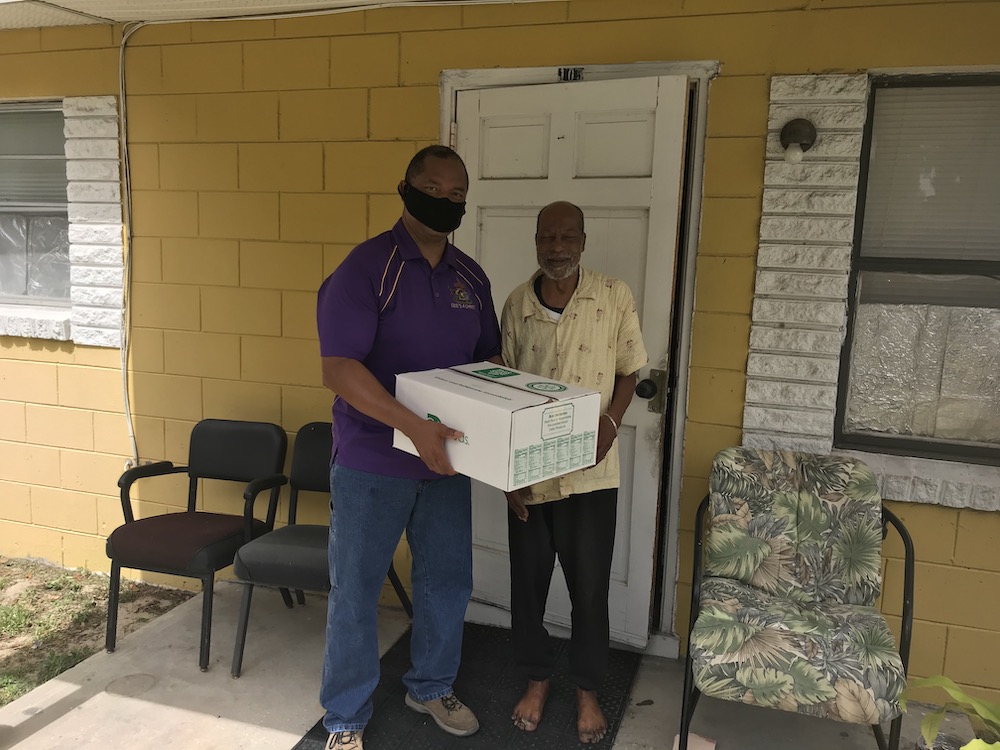 TAMPA—Working side-by-side as the body of Christ, volunteers from churches in the Central Florida region came together during the past five weeks to distribute food valued at $2.25 million dollars to needy communities across the state.

The food that arrived at a Tampa warehouse included more than 17 semi-trucks filled with meat and 5 truckloads of fruit, coupled with 4 truckloads of snack boxes provided by the Florida Baptist Convention in partnership with the State of Florida. 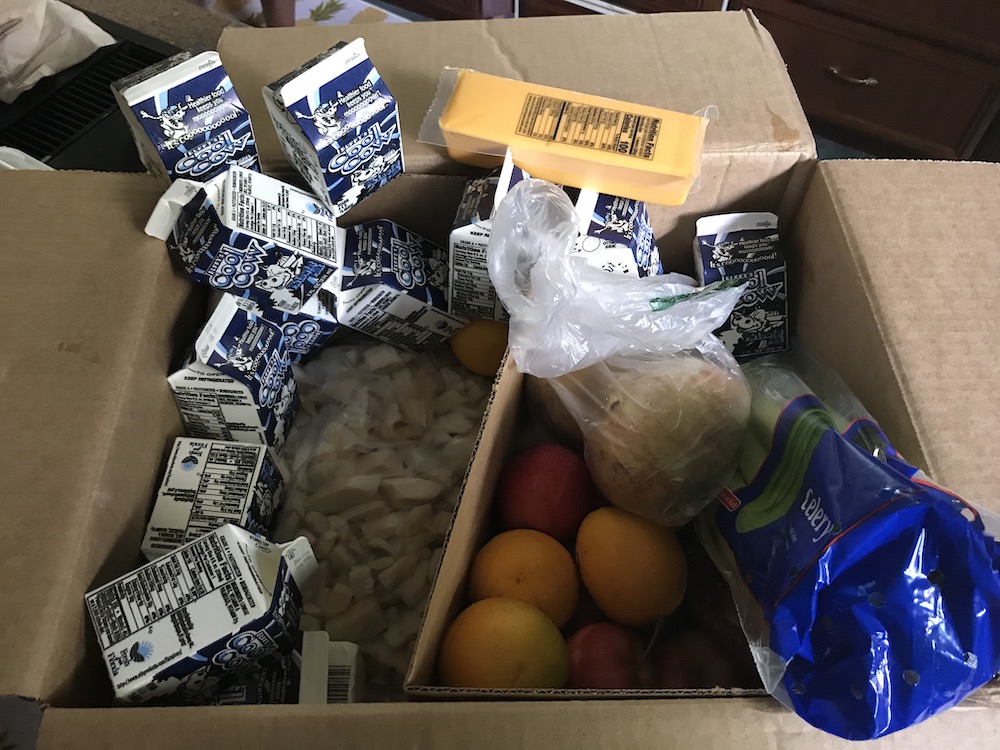 As the semi-trucks arrived at the warehouse, volunteers from numerous Florida Baptist churches responded to the massive project to unload the food and repackage it in boxes to send to churches across the state.

Pastor Felix E. Walters participated in a Saturday ‘Food Pick-Up’ event at his church, El-Shaddai Baptist Church in Seffner May 30.

In the world today, he said “we have that old two-legged devil of racism popping its head up. But [during this event], all I saw were men of God working side-by-side for the greater good of God’s Kingdom, to feed God’s people. Nobody got upset, nobody got mad; there was no Big Us and Little Us, there was no black or white; it was a picture of the body of Christ doing what it was designed to do.”

That event, as well as one held June 13, organized by Jeffery Singletary, the Convention’s regional catalyst for Central Florida, brought together church leaders from several Florida communities, including Tampa, Lakeland, Kissimmee and Miami. 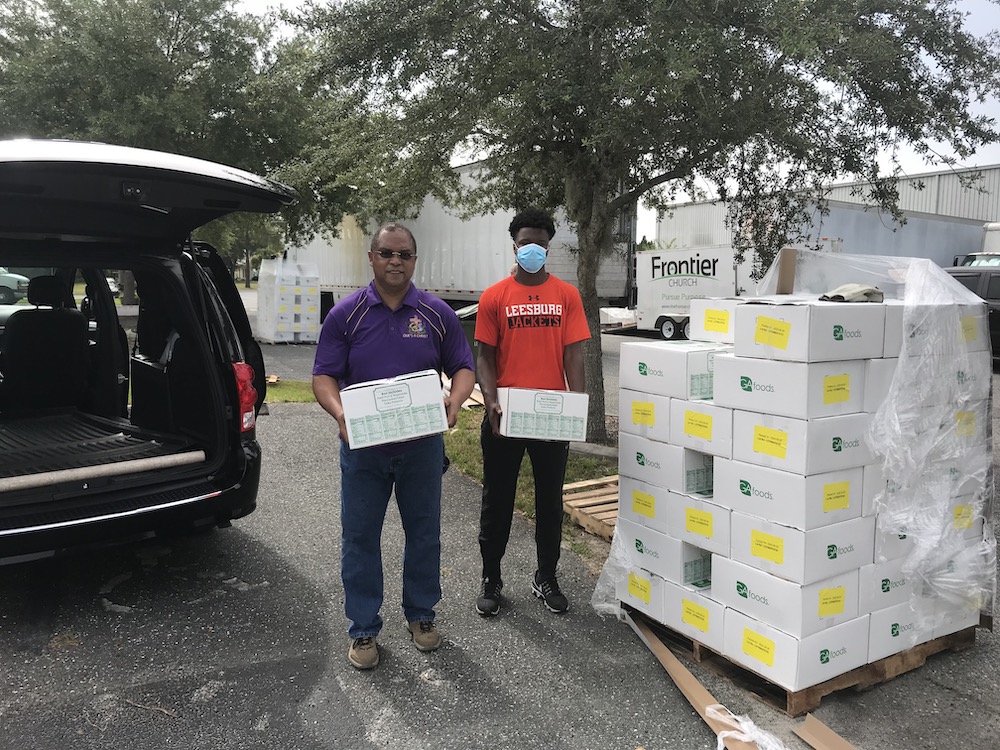 In preparation for the event, trucks were received and unloaded at the office and warehouse location of All Phase Electric and Maintenance. Paul Puleo of Tampa’s Christians for Worldwide Evangelism Missions (CWE) and his team helped manage the logistics of the Saturday event in Tampa, as multiple churches came and picked up their share of a semi-truck full of food. The group composed of members of Idlewild Baptist Church in Lutz and First Baptist Church of Lutz provided volunteers to facilitate the transfer of food for distribution.

Churches that arrived at the Saturday food pickup events then took hundreds of boxes back to their communities and ensured their distribution to those in need. The food items ranged from produce such as apples and oranges, to meat and even dairy products.

Pastor Matthew Gilmore of Mt. Tabor Baptist Church in Lakeland welcomed one of the trucks to his church, where ten other churches met and helped unload the food to take back to their communities. Through several waves of distribution, they collectively gave away all 1,344 of the boxes.

“It just shows you what can happen when churches come together rather than opposing one another,” said Gilmore. His team provided two boxes per family, asking recipients to keep one and give the other to someone in need.

“Everyone knew of someone else in need,” he said. “It set them on a mission to go and help someone else– they got to be a part of that blessing to give someone food.”  Mt. Tabor sponsored the second ‘Food Pick-Up’ event June 13. 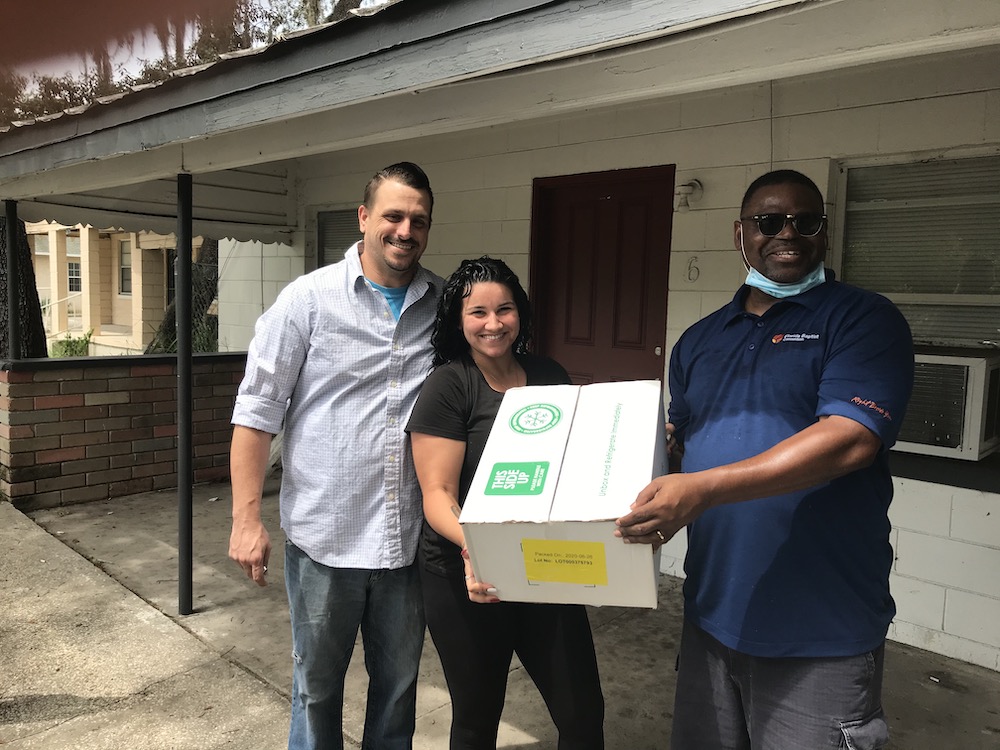 In July and August at least 45 additional truckloads of food are expected to be delivered and distributed through Florida Baptist churches to the hungry in their communities, he reported.