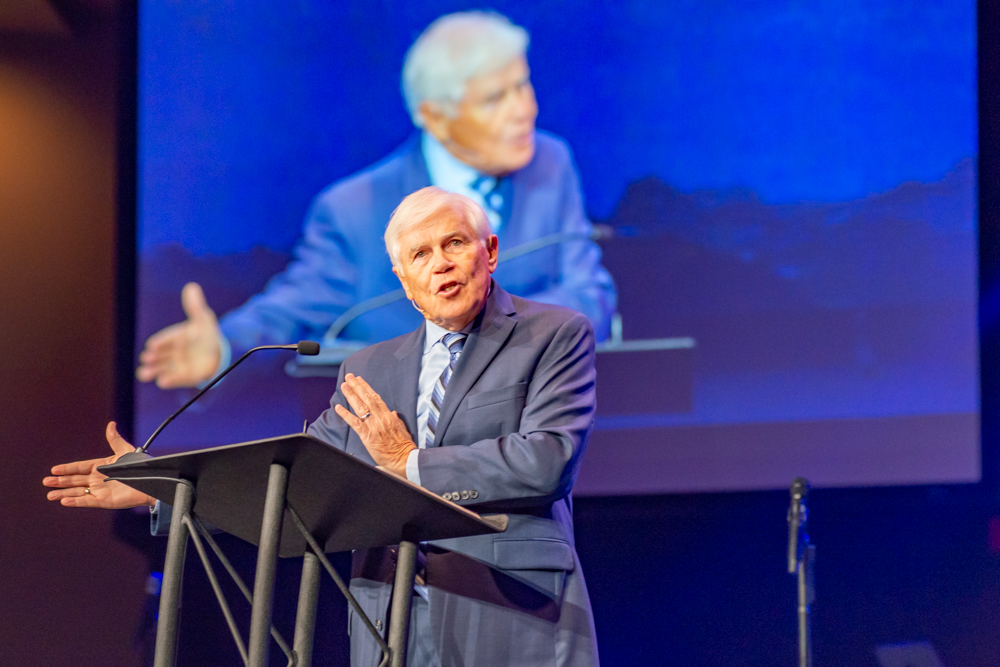 “Leadership is always tough, but it is especially difficult right now. As such we are thankful to partner with Jim Henry to strengthen our current and future leaders in SBC work,” said Jamie Dew, president of NOBTS and Leavell College. “This institute allows us to cultivate the next generation of leaders while also encouraging those who are already leading.”

The institute honors the ministry of NOBTS graduate and longtime Florida Baptist pastor Henry. Under Henry’s leadership from 1977 until 2006, First Baptist Church in Orlando grew to a congregation of 10,000-plus members. The church consistently gave sacrificially to the shared work of Southern Baptists through the Cooperative Program. A few years after his retirement from Orlando First, Henry began pastoring again. According to Henry, he was “redeployed” as pastor of Downtown Baptist Church in Orlando from 2015 until 2019. Henry also served as president of the Southern Baptist Convention in 1994 and 1995.

During his time at NOBTS, Henry pastored churches in Alabama and Mississippi. After his graduation, Henry pastored Two Rivers Baptist Church in Nashville, Tennessee, before accepting the call to FBC Orlando.

“Jim Henry has set a high bar in pastoral ministry. His spiritual leadership has been marked with integrity and grace. This recognition honors his consistent and faithful service to our Lord Jesus Christ. Congratulations to Dr. Henry in this worthy acknowledgment,” said Tommy Green, Florida Baptists’ executive director-treasurer.

The school also announced that the first Henry Institute event, the Prepare Here Conference, is scheduled for Oct. 14-15, 2022, in New Orleans. Henry will be among the featured speakers at the conference. For more information about the conference, visit www.nobts.edu/prepare/here.html.

Reggie Ogea has been named to lead the work of the newly created institute.

Ogea, professor of leadership and pastoral ministry and associate dean of professional doctoral programs at NOBTS, was instrumental in creating the institute along with NOBTS professor Jim Parker. As Ogea and Parker dreamed about creating a leadership institute, they thought of Henry’s long, steady church leadership and wanted to name it in his honor.

“We sensed a great need in SBC life for intentional leadership training,” Ogea said. “The Jim Henry Leadership Institute will position NOBTS to impact pastoral leadership in the SBC strategically.”

A ministry heart for Native Americans