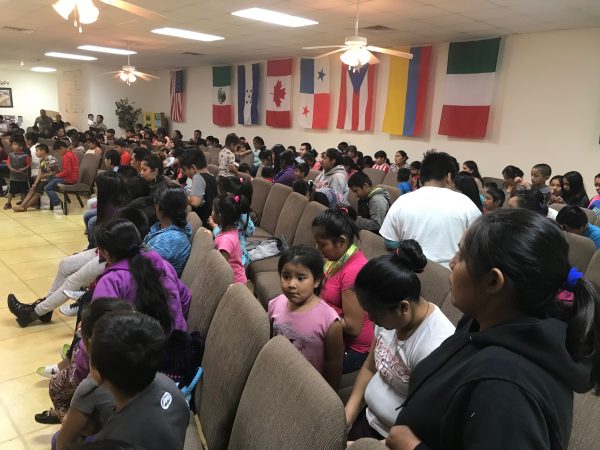 Migrant Ministries of the Florida Baptist Convention brought hope and joy to migrant families in Florida over the holiday season.

The ministry held evangelism and toy gifting events for migrant families in Jennings and Immokalee. Misael Castillo, who leads Migrant Ministries for the Convention, partnered with local churches to make those events possible.

“The children’s parents hadn’t been working for a couple of weeks already,” he said, “so they couldn’t buy food or presents for their children.” He explained that Jennings in particular experiences lower temperatures than the rest of the state and in December farms are no longer planting nor reaping and therefore migrants are out of jobs. 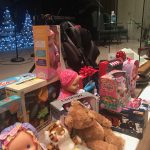 “We went into migrant camps that are obscure and that most people don’t even know about.” Tabernacle of God’s Love, a migrant ministry in Jennings led by Armando and Connie Sosa, know of these camps and have built relationships with the families living in them. They led the evangelism and children’s toys events.

In Jennings 85 children received toys and about 10 made professions of faith. “The number of children that came to this event was unexpected,” said Castillo. So much so that they ran out of toys and had to pull from an overflow of back-to-school backpacks to supplement the shortage. The families also received a holiday meal.

“Three ladies came out and thanked us for the food and the toys and for making the holidays a little brighter.”

Later in December, 16 adults made professions of faith at an evangelism event held at one of the camps in Jennings. In Immokalee another nine also gave their lives to Christ at a similar event hosted by Iglesia Bautista de Jesucristo.

To find out more and to get involved contact Delicia Garland at dgarland@flbaptist.org