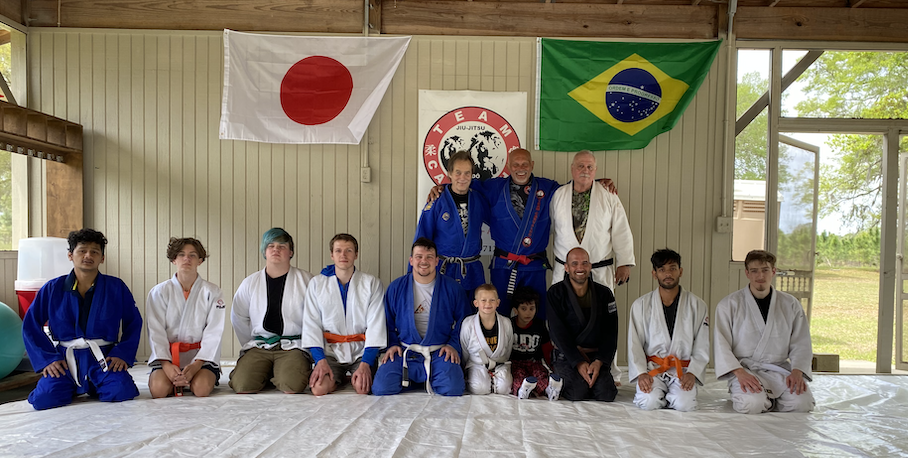 DUNNELLON–As the pastor of a small rural church, Rob Hess is always looking for ways to engage his community. The church has hosted community yards sales, back to school bashes, a community garden and quarterly family Bible study nights, among others.

While response has been varied, people are literally flipping out over the latest effort. Well at least they are learning to as part of the new judo classes being taught at Romeo Baptist Church in Dunnellon. 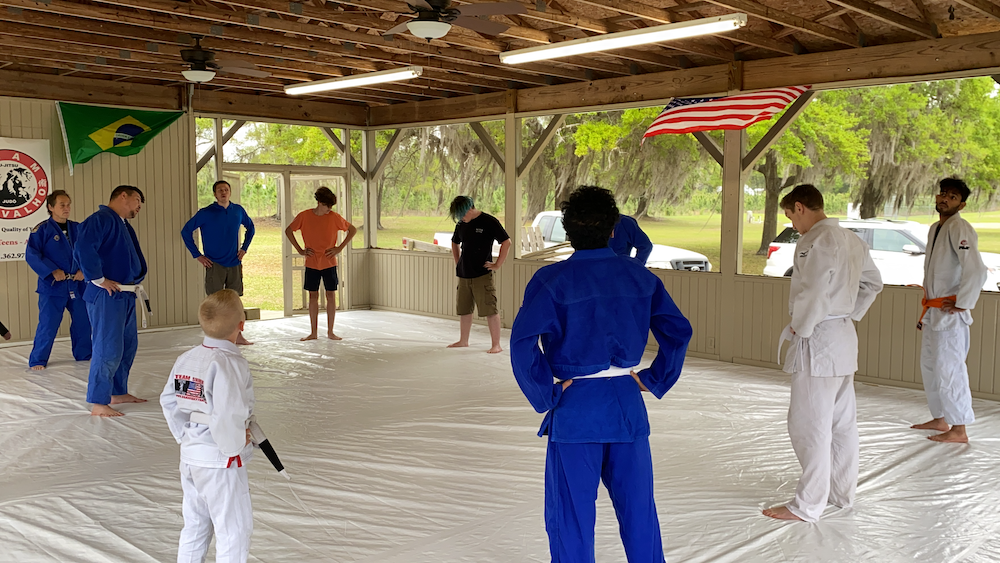 Edson Carvalho is a sixth degree Judo black belt and seventh degree Brazilian Jiu-Jitsu black belt originally from Brazil. He has been leading judo lessons at the church since late January.  He teaches judo on Monday and Thursday nights to adults and teenagers on a judo pit he built beneath a large pavilion/pole barn at the church.

Carvalho likes having this great space for his classes, while Hess likes the exposure it brings to the church.

“He opened the doors to me, and then one door opened another door,” said Carvalho. “This kind of connection is amazing. It’s great when people can help each other.”

Hess said rural churches like Romeo were once the center of their communities but as society has changed, that’s no longer the case. That’s why churches have to look for unique ways to engage the public with the gospel.

“The gospel is the only relevance we need,” Hess said. “Outside of that, we’ve got to reach into the community and find ways to pull them in.”

Carvalho was wearing a Brazilian Jiu-jitsu T-shirt at the church’s fall yard sale when Hess noticed it and struck up a conversation with him. Carvalho had moved to the area last year after COVID-19 restrictions forced him to close his dojo—a room where martial arts are practiced–in New Jersey, having taught there for many years. He was now looking for studio space to begin teaching again.

That’s when Hess got this idea: why not allow him to teach judo at the church? He showed Carvalho the fellowship hall – and later the pavilion – and offered him the space for free.

“I told him we’re trying to find a way to draw the community to the church and you’re looking for a place to set up and start teaching classes,” Hess said. “Use the space for free. We’ll draw up a little contract and make it so that everybody is covered with it. Come teach out here and see how many people you get. That will give me an opportunity to have more people come to the church and maybe be able to engage them.” 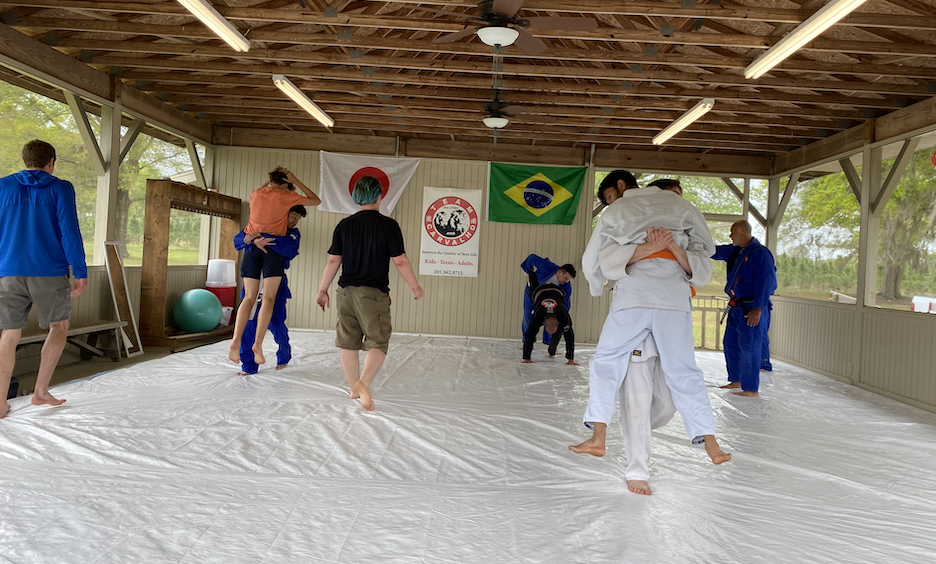 Carvalho would like to begin a judo class for children next. “It’s a very important foundation for kids because we emphasize respect and discipline,” he said. “If you have these, I believe you can be successful with anything you want to do in life.”

In addition to Judo, Carvalho has also taught a women’s self-defense class that drew about 16 people. It was so popular he plans to do another one soon.

“My wife and daughter thought it was fantastic,” Hess said of the class, where he was able to engage participants with the gospel.

Hess thinks the classes will continue to grow because of Carvalho’s experience and reputation, but he knows it’s not going to happen overnight. In the meantime, the pastor has encouraged church members to observe the classes, perhaps offering participants bottled water or asking if they have any prayer needs.

“We’re going to engage them with the gospel and try to make a difference in their lives,” Hess said. “Hopefully, this will lead to people knowing the church is out here.”

Chinese Baptist Church of Miami: Reaching a growing community with the gospel