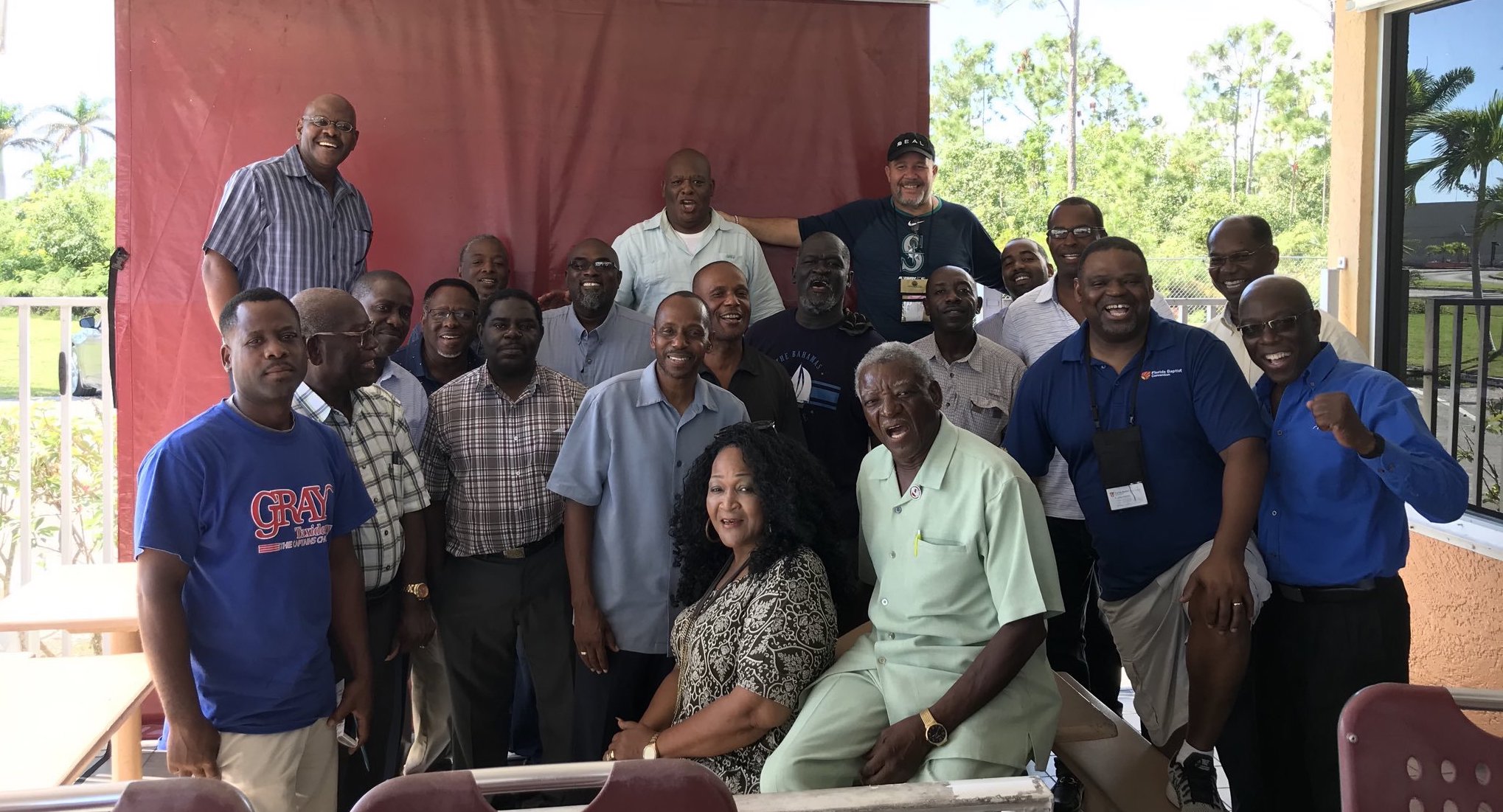 Pictured Above: Freeport Grand Bahamas Feeding of the 5K Pastoral planning team. The goal is a 100 Churches across the Island in fellowship and partnership.

Two months after Hurricane Dorian, devastation is still a present-day reality in Freeport, Grand Bahamas. The carnage is no longer front-page news, even though it may take the island years to fully recover.

Florida Baptists will be there for them, though, every step of the way.

Hurricane Dorian’s 180-plus mph winds ripped through the Bahamas Sept. 1. Recorded as a Category 5 hurricane–the strongest to hit the islands, Dorian hovered over the Grand Bahama and Great Abaco islands for two days causing unimaginable damage.

Following the 20-plus foot coastal flooding, due to the storm surge, roughly three-quarters of the homes were underwater or destroyed on the Grand Bahama Island, said Jeffery Singletary, catalyst for the Florida Baptist Convention’s central region. More than 50 people have been killed and hundreds are still missing.

In response to the devastation, the Convention has made substantial financial donations and partnered with several local churches to provide relief to the islands. The Convention’s most recent effort took place in late October.

“Many of my students suffered severe damages and losses due to Hurricane Dorian. The backpacks equipped with school supplies are enabling the students to do schoolwork more effectively and were appreciated by all. The words of encouragement included in the bags helped to motivate them and restore hope,” she said.

“Despite many traumatic experiences, the students are pressing on with more focus and determination. It is a blessing to have the love of God demonstrated in this way.”

The effort continues; the state convention has organized a “Feeding of the Five Thousand” event for Freeport.

“Our goal is to feed the people and demonstrate the restorative and redemptive love of the Lord Jesus Christ,” Singletary said.

Sponsored by the state convention in partnership with the Florida Baptist Children’s Home, the event will take place at Freeport’s Independence Park Dec. 31 through Jan. 5, complete with worship and praise teams on hand.

The Convention is grateful to Lifeway and Pastor Henry Seymour and his church, New Heights, Freeport, for their ongoing support and efforts throughout this initiative, said Singletary. The congregation is a member of the Florida Baptist Convention.

Singletary asks Florida Baptists to continue praying for the Bahamian people. Their road to recovery is arduous, he said. “The Florida Baptist Convention is right beside them.”