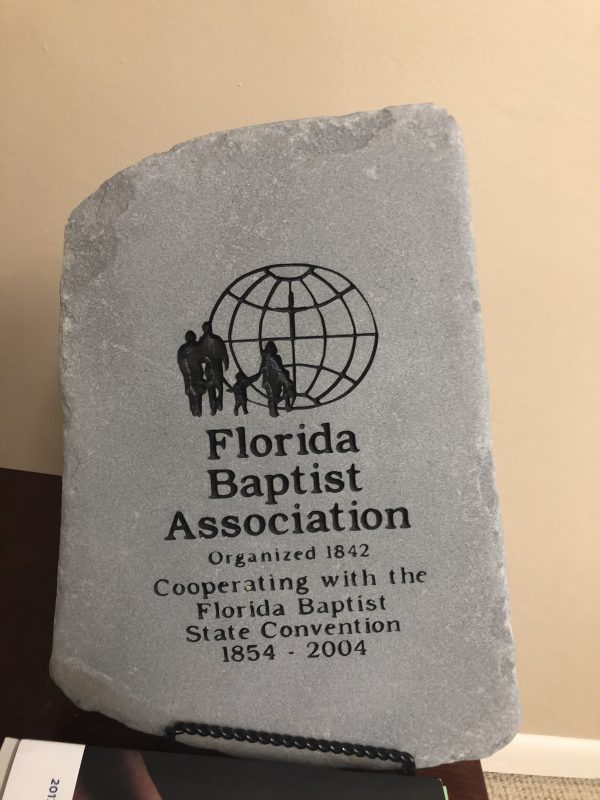 The Florida Baptist Association’s first annual meeting was made up of representatives of 17 churches and held in October 1843 at Ebenezer Baptist Church in Monticello. This historic meeting became the starting point for the cooperative work of Southern Baptists in the state of Florida. Even before Florida was officially a state in 1845, Florida Baptists were working to find ways to advance the Gospel.

“Those who helped form this association understood then what we need to remember now: when it comes to the work of the Gospel, we do better together than separate,” said Sean McMahon, associational mission strategist of the Florida Baptist Association. “It’s what caused them to form an association of churches, and what compelled the associations to form a state convention.”

Just ten years after the Association began there were 40 churches that wanted to be a part of what God was doing in Florida, including churches in Leon and Madison counties as well as Apalachicola and Jacksonville. As the movement grew, there became an awareness of a need for a Florida Baptist State Convention. When the state convention began, there were still only three associations.

“I am so blessed and thankful for the privilege to lead this association – our history is great, but our future is even greater,” McMahon said. “It’s said that no state impacts the rest of the United States as Florida does, and no city impacts the rest of Florida as Tallahassee. To be located in this pivotal city, and the important surrounding counties, puts the Florida Association in position to help our churches impact many people with the Gospel of Jesus Christ, both here and throughout our state, as well as around the world.”

How pastors sabotage their financial well being