CRAWFORDVILLE–For a big anniversary like its 150th, Lake Ellen Baptist Church in Crawfordville celebrated in a big way with a week of ministry outreach projects that included giving away $1,600 in free gas.

Members of the church did that and more as a way of showing the love of Christ to residents of this small town located about 25 miles south of Tallahassee. 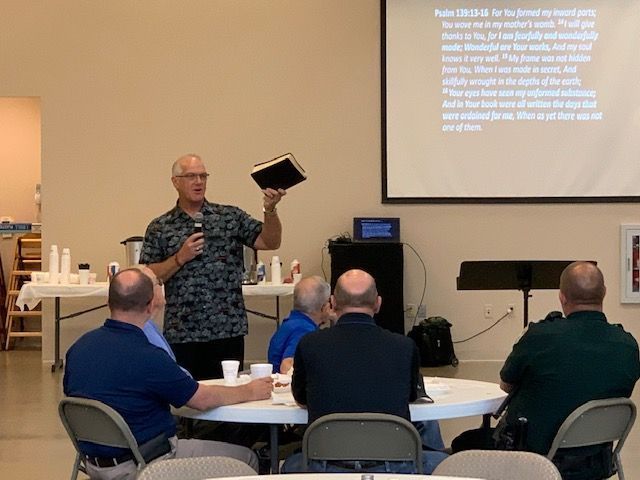 “We kicked it off on Sunday, Sept. 15, challenging our church members to be a church on mission and going outside our walls,” Pastor Keith Wallace said. “We set in place a number of events from Monday to Saturday and encouraged them to be a part of various events.”

Highlights of the week of ministry included:

Encouraging teachers at local schools. Members encouraged local teachers by placing an appreciation gift in every teacher’s box at all eight of the local schools, in addition to providing trays of fruit and sandwiches in the teacher lounges. 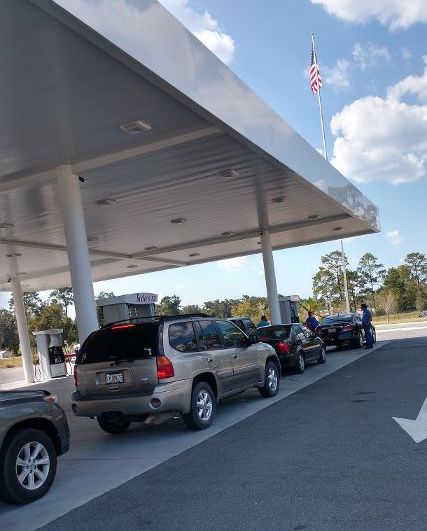 Giving away $1600 in free gas. Church members, including youth, waved signs near the entrance of a local convenience store, inviting locals to take part in the gas giveaway. It only took one hour to pump gas for 64 people, including one woman who thanked them for giving her enough gas to make it to a doctor’s appointment in Tallahassee the next day.

“We had a chance to witness to her and share with her that God loved her and God had a purpose even though she might not be able to see it right now,” Wallace said. “She was very emotional about the whole experience. That was a huge ministry moment.”

Holding a 24-hour prayer vigil. Members signed up for one-hour slots resulting in one, two or more people praying each hour of the day from midnight to midnight. “We asked our people to pray, thanking God for our past and asking God to empower us for our present and for the future,” Wallace said.

Hosting a family movie night in the park. On Friday of that week the church hosted a movie night in  Downtown Crawfordville featuring the movie “Homeward Bound” and offering free popcorn, soda and cotton candy. An estimated 150 people attended the event.

“This was advertised on social media,” Wallace said. “We had a good response. A lot of young families brought their kids out. We invited them to come be a part of our church family and explained different ministries we offer to children and youth.”

Hosting a breakfast and distributing cold waters. Church members hosted a law enforcement appreciation breakfast on Saturday to thank its local officers. Members also distributed about 400 bottles of cold water at the recreation field where youth football games were being played.

“We let everybody know that we’re celebrating our 150th anniversary and we’re wanting to just love on our community,” Wallace said.

Then the week concluded on Sunday with a churchwide celebration featuring guest preachers, special music and a big meal. 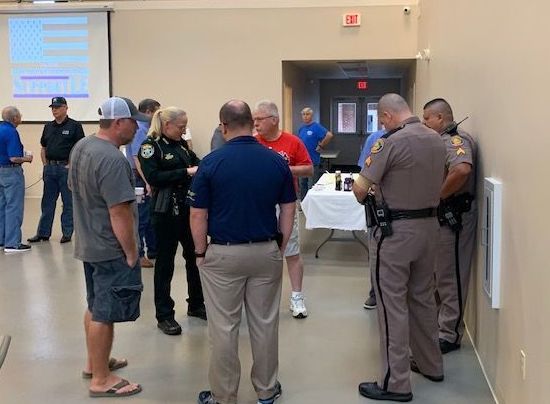 While it started out as a small rural church 150 years ago, the 500-member church has experienced steady growth during the past two decades. A new sanctuary was completed in 2001 to accommodate the growth but the church quickly outgrew it and began holding two Sunday morning services in 2003.

In 2011 Lake Ellen started focusing on being an Acts 1:8 church, said Wallace, who has served as pastor since 1996.

“The Lord really began to impress upon our hearts about what type of church we were, what kind of impact we were having and what we needed to be doing to fulfill the Great Commission,” he said. “We began to spread out and do ministry all over. We began to do mission trips and international mission trips. It really has caused a whole new dynamic to take place.”