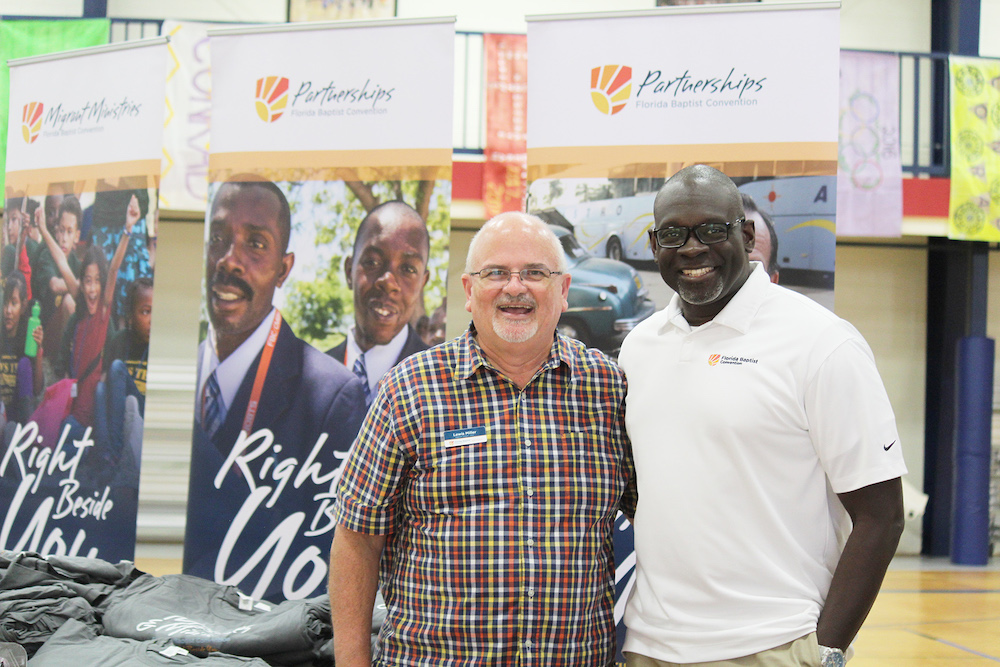 GRACEVILLE–“Changing the World through the Unchanging Word®” is not simply the motto for The Baptist College of Florida (BCF)–it’s the school’s mission. And at no time during the year is that fact more evident than during the annual Missions Conference.

Held each year in October, the conference continues to be a much-anticipated highlight of the year. And this year’s conference was no exception.

As the three-day event began, missionaries from local, national and international organizations were busy setting up their displays in the BCF Wellness Center. This year, more than 30 missions ministries and agencies participated, making the gathering the largest missions event ever on the BCF campus, and among the most extensive in the Southeast.

“We were thrilled with the response this year,” said Rich Elligson, BCF professor of missions and event coordinator. “With last year’s conference cancelled because of the hurricane, it was important to us to get the word out and the people in. We were not disappointed.”

With the effects of Hurricane Michael still fresh, the conference emphasized the work of the Florida Baptist Convention in ministering in the storm’s wake. That sparked this year’s conference theme, “And after the storm came a still small voice: thinking back…but moving forward.”

“I am delighted that the Missions Conference at BCF brings together one of the largest groups of missions organizations in the Southeast,” said BCF President Thomas A. Kinchen. “Missions is the heartbeat of BCF. That fact is shown in the lives of our students as well as our alumni. A school can be evaluated best by the quality of its graduates, and BCF alumni lead the way in missions zeal and service.”

As always, the conference was filled with special events. Keynote chapel messages were brought by Tommy Green, executive director-treasurer of the Florida Baptist Convention; and Myles Dowdy, the convention’s Missions and Ministries lead catalyst.

Convention leaders hosted a dinner for the college family in the Deese Center where they introduced Florida Baptist ministries and staff, who fielded related questions. The Florida Baptist Disaster Relief ministries were also prominently displayed, with lunch provided one day by the mobile feeding unit.

“We are honored to have such a variety of missions agencies represented on our campus,” Elligson said. “Some are bigger than others, and some are better known than others. But all have a part to play in carrying out God’s Great Commission. So, none is insignificant as far as we are concerned.”

In addition to their exhibits, mission agency representatives spoke in classes, engaged BCF students and guests and participated in the annual missions roundtable. All activities were designed to educate students in the area of missions, to introduce them to the many mission opportunities available here and around the world, and in turn, to introduce agency representatives to the BCF students.

For more information on upcoming events or ministries at The Baptist College of Florida, please call 800.328.2660 or visit the website at www.baptistcollege.edu

2020 Pastors’ Conference Nominees are in