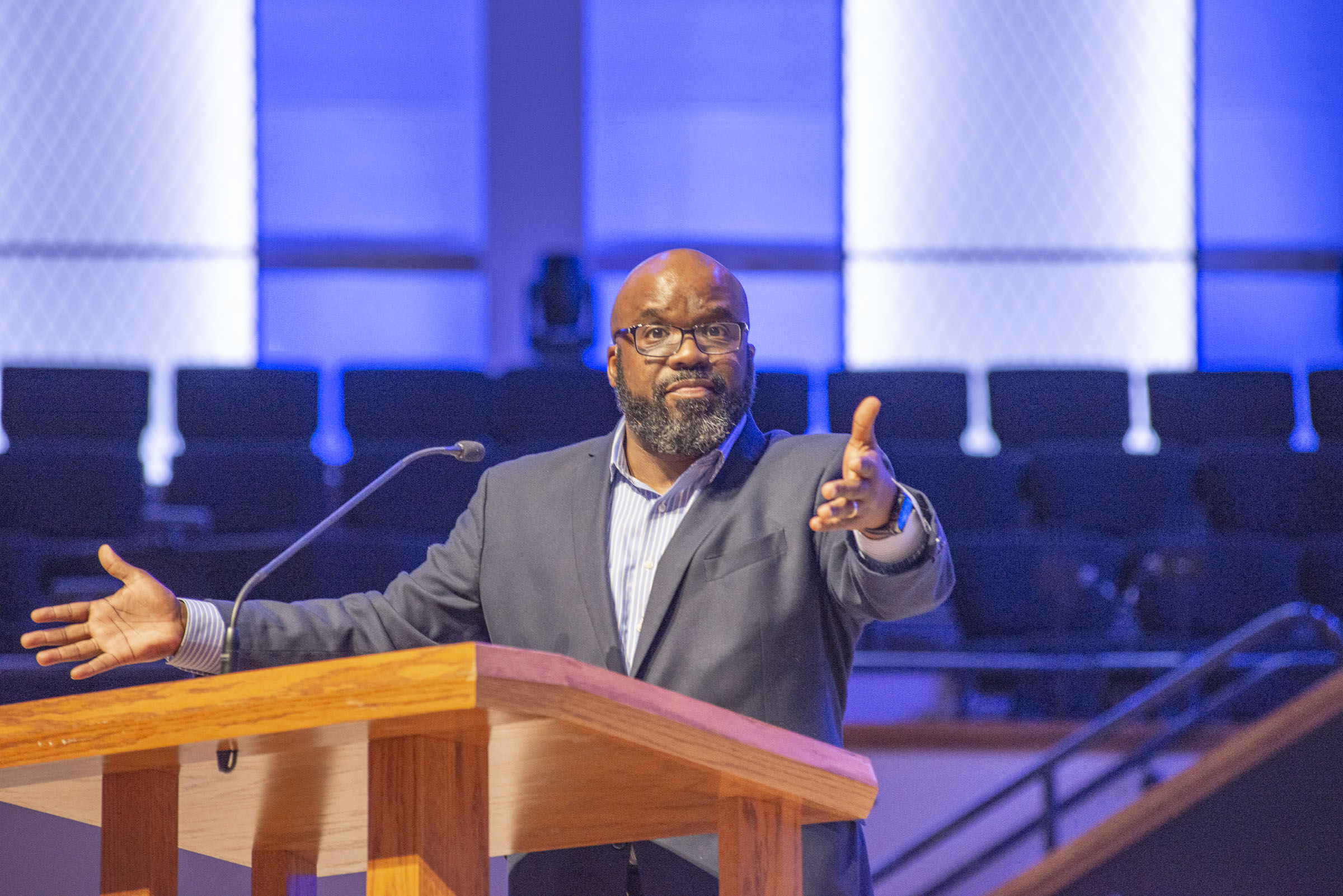 Charles: ‘How you walk matters more than where you sit’

PENSACOLA— H.B. Charles Jr. closed the Tuesday morning session of the annual Florida Baptist State Convention meeting with a biblical message from Mark 10:35-45, where “Jesus teaches us this: How you walk matters more than where you sit.”

Charles, who pastors Shiloh Metropolitan Baptist Church in Jacksonville, read the passage in Mark where James and John asked Jesus to grant them a seat next to Him in His kingdom–a request that Jesus ultimately turned into a teaching moment for the apostles.

“[Their request was] a raw portrayal of selfish ambition,” noted Charles. Theirs was a game of adult musical chairs, which is not cute to watch, he joked. 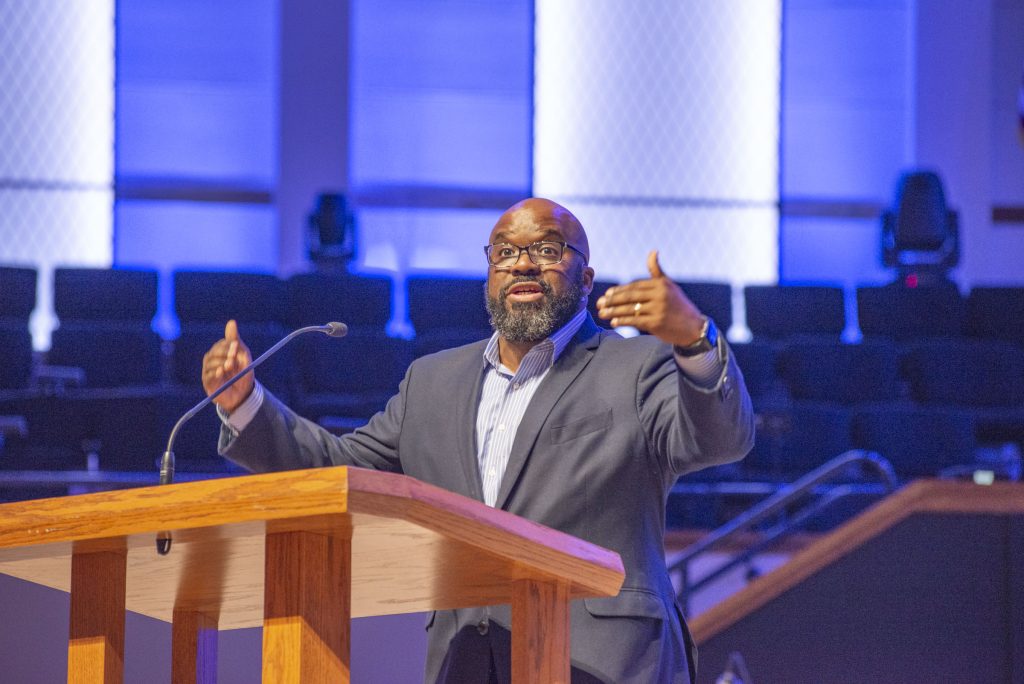 In the passage, Jesus first confronted the disciples’ personal ambition telling them, “You don’t know what you ask for.” Like James and John, Christians sometimes ask God for things that they are better off without.

“Sometimes God’s ‘No’ protects you from you … Sometimes ‘No’ is God’s providential protection.”

The disciples were asking for glory without suffering, he said.

“It was at the wrong time, and it was the wrong request; Jesus had just announced His suffering, death and resurrection,” Charles said.

Charles warned pastors not to become so accustomed to the benefits of ministry that they are overcome by a spirit of entitlement. Instead, he advised them to “be concerned about how you walk.”

Jesus also confronted the political ambitions of James and John. “Pride creates division,” said Charles and pointed out that this passage is the only time in the Bible when the disciples were referenced as the 10. “It became the two against the 10; the 10 were indignant with James’ and John’s request to Jesus. But Jesus called them to Him … We only come together when we come to Jesus.”

The worldly concept of greatness is different from the heavenly concept, Charles noted. In the world people ask, “Who’s in charge,” but in “the upside-down kingdom of God, whoever wants to be greatest among you must be a servant of all,” he said.

'Greatness is servanthood. Are you willing to be a servant? The test of servanthood comes when someone treats you like a servant.'

“Greatness is servanthood. Are you willing to be a servant? The test of servanthood comes when someone treats you like a servant.”

In closing his message Charles told messengers, “It doesn’t matter where you are assigned; it pays to serve Christ.”

Charles ended his message with a prayer asking God to “help us remember that we are unworthy and only on the team because of your amazing grace.”

President’s Message: ‘Living and leading for the kingdom’