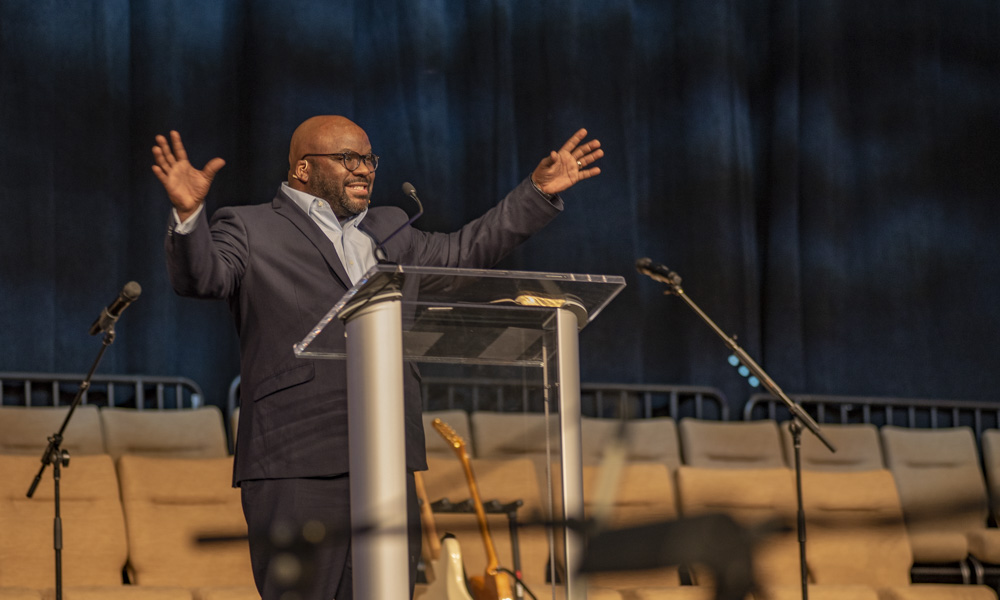 ORLANDO, Fla.— H.B. Charles, Jr. closed the Monday morning, Nov. 11 session of the 2019 Pastor’s Conference with a powerful message to pastors to “preach the word” and “finish what [they] started.”

Charles began his message to pastors gathered at First Baptist Church in Orlando by saying that Florida Baptists are currently living in Southern Baptist theologian James P. Boyce’s prediction that the battle for the Bible will continue but instead of defending and teaching its infallibility, the battle will be to teach and defend its sufficiency.

“We must defend the sufficiency and inspiration of the word, by simply preaching the word,” he said. “That is central and definitive function of the church…it is essential to all the church is and does.”

Charles, who pastors Shiloh Baptist Church in Jacksonville with campuses in downtown and Orange Park, shared 2 Timothy 4 on how pastors are called to preach. 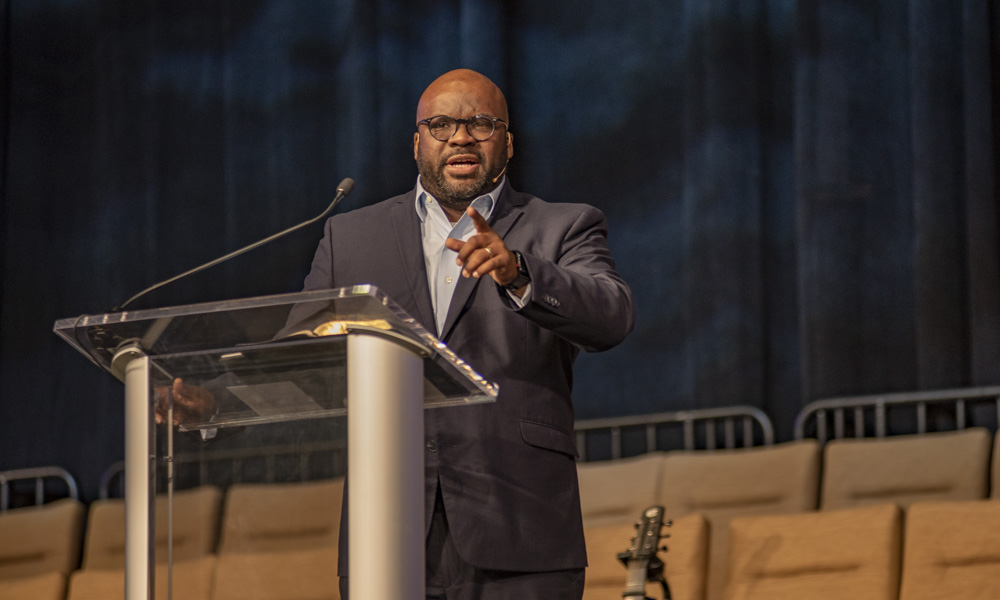 First, as Paul charged Timothy in the passage, pastors are urged to preach the word in the transcendent realities of the Kingdom of God. “The Holy Trinity is the final tribunal, to them we are to be held accountable.”

“It’s the Gospel that makes our lousy preaching work,” he said to the applause and laughter of those in the auditorium. “The slightest manipulation of God’s word can lead people away from God instead of closer to God.”

Third, pastors are to preach in season and out of season. “Preach the word no matter what. Whether they say ‘amen’ or go to sleep, if they give you a raise or put you out…We must remain faithful even when we don’t appear to be fruitful…Preach until [God] says ‘well done.’”

Fourth, Charles told pastors they are to preach to expose truth and confront error whether people like it or not because the Word of God will do the work despite our expectations.

The struggle of preaching, said Charles in his fifth point, is that the church wants the preacher to make them feel good. “They will get teachers for themselves who will tell them what they want to hear.” Still, the pastor’s job is to preach the truth of Scripture.

Charles closed by exhorting pastors to remain “alert, watchful, stable, steadfast,” and to “do the work of an evangelist. Anybody can start fast, the question is, can you finish strong,” he said.

“Finish what you started.”

Catt: God is the Lord of detours