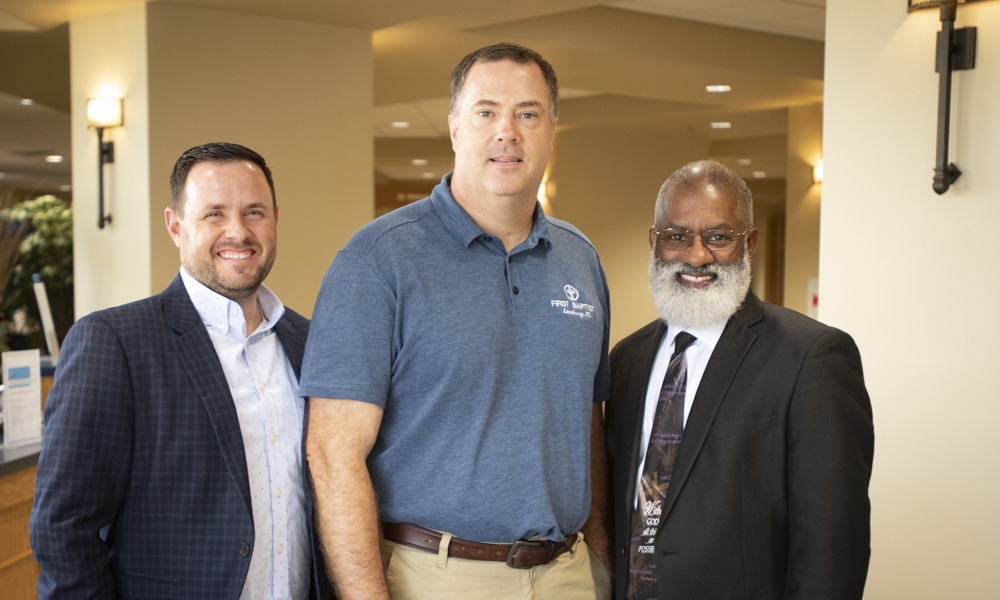 ORLANDO, Fla— Pastors gathered at First Baptist Church in Orlando elected officers to the 2020 Florida Pastors’ Conference during the Monday afternoon, Nov. 11 session of the conference.

Cliff Lea, senior pastor at First Baptist Church in Leesburg, will be conference president. Lea was nominated by Charles Roesel, pastor emeritus of the church.

Lea has served the First Baptist Church family since 2007 as teaching and leadership pastor as well. A graduate of Southwestern Theological Seminary in Fort Worth, Texas, Lea is the author of several books including “A Selfless Marriage”—a faith-based marriage advice tome for newly engaged, newlyweds and longtime spouses.

He has been married to his wife, Suzy, for nearly 30 years. They have five sons.

Aaron Burgner, lead pastor at Church at the Mall in Lakeland, will serve as first vice-president of the Pastor’s Conference. His nomination came from Aaron Filippone, campus pastor at Family Church in West Palm Beach.

Burgner, a native of Polk County, was called as pastor of the Lakeland church in 2017 after having served churches in Kentucky, North Caroline and Louisiana.

“My focus is to continually keep God’s Word at the center of all we do,” Burgner wrote in a letter on the church’s website, “and to continually equip and mobilize our members for the accomplishment of the Great Commission.”

Lanelle Pickett, pastor of Good Hope Missionary Baptist Church in Bartow, will serve in the role of second vice-president of the 2020 Pastor’s Conference.

Under Pickett’s leadership, the Hope Missionary Baptist family has demonstrated steady growth and stability. Kress said of Pickett that his church loves him and that he is very faithful.

Pastors encouraged to ‘Stay at It’