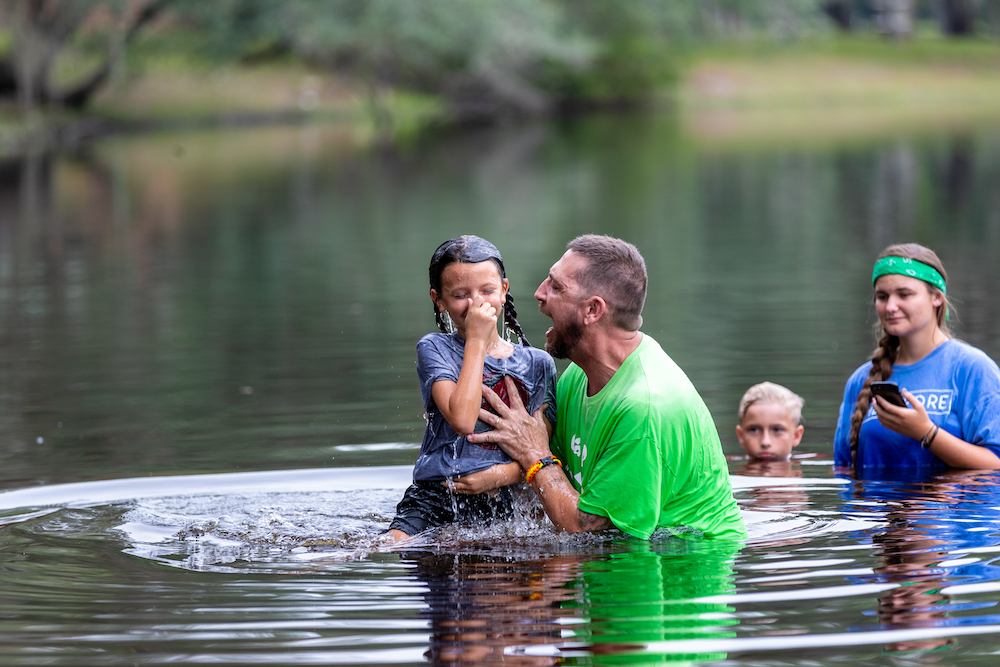 MAYO–When Pastor Chad Little baptized two sisters at his church recently, it was one more reminder of the amazing Camp Connexion held this summer at Pickett Lake Camp in Branford.

You can still hear the excitement in his voice when he talks about the camp for students in grades 2-6, which he will gladly tell you was the highlight of his year. The sisters made faith decisions as a result of the camp and were baptized at Bethel Creek Baptist in Mayo, where Little serves as pastor. 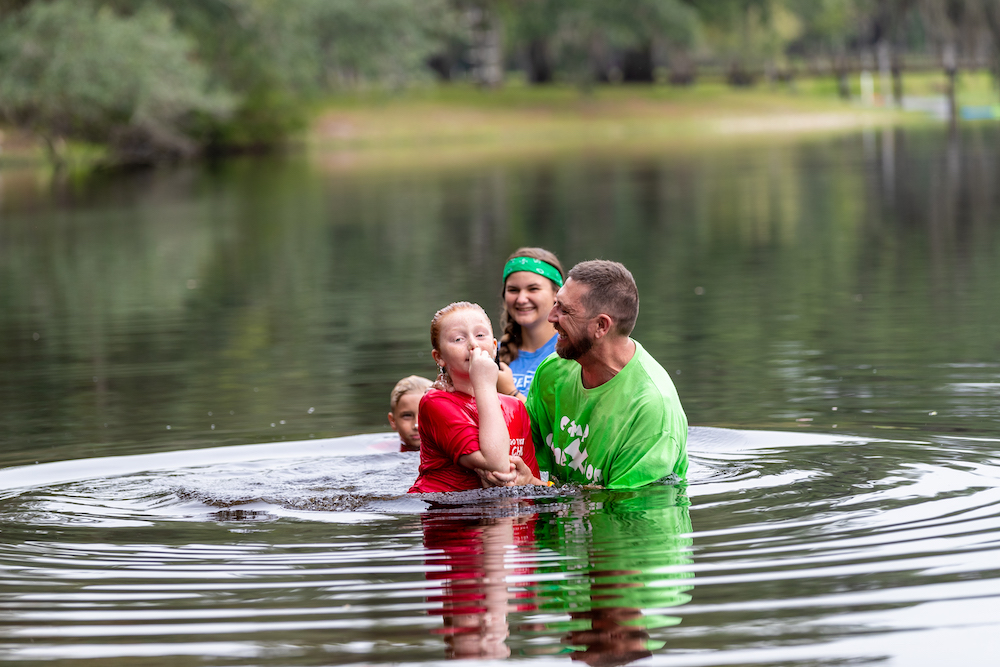 Despite the pandemic, the camp experienced its highest attendance with 126 campers, 14 of those campers making decisions for Christ, and four being baptized at the camp.

And not one camper, or youth counselor, or volunteer or pastor came down with COVID-19 from the gathering for the camp. While temperatures were checked each day, very few masks were worn and no social distancing was required.

“This was the best behaved and organized and well-mannered camp ever,” Little said. “The kids wanted to be together, so they were willing to do whatever they had to do to be together. If that meant sanitizing their hands, if it meant covering their mouths when they coughed or sneezed, the kids just did it.”

That’s great news for a summer camp that could easily have been canceled due to the pandemic. When area schools never reopened before summer, camp organizers sent out a questionnaire to the parents of the 90 students who had registered their kids back in February.

Parents were asked if Camp Connexion were held in June, would their children be attending. The answer was a resounding yes with about 80 kids still on track to attend. Once they announced the camp on social media, attendance grew to about 120.

“As we were discussing how to do camp, this was the question: If ‘Sally Fourthgrader’ walks up to you at camp and says I need a hug, are you going to hug this child? The answer is yes, of course,” Little said. “That means everything you’ve done is over with – all this separation in the fellowship hall and everything else. So, we said let’s just go and have camp.” 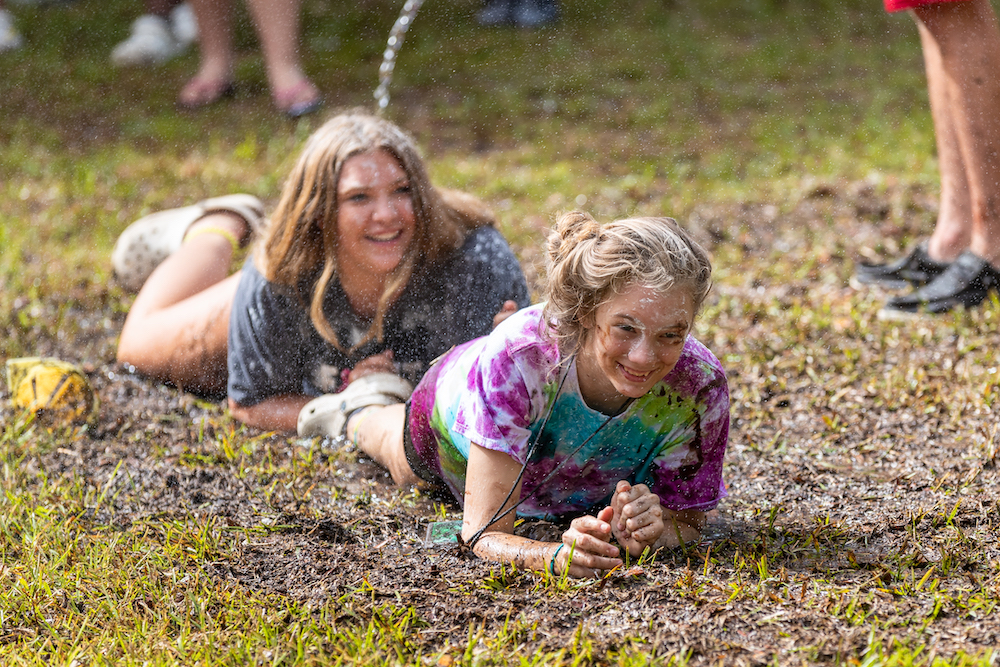 Camp Connexion was started 13 years ago by a group of small churches in Lafayette County who wanted the camp experience for their young members but could not afford the cost of some of the larger camps.

Held at the Middle Florida Baptist Association’s retreat center located about 55 miles northwest of Gainesville, the camp has continued to grow each year and attracts students from various Christian denominations.

The four-day, three-night camp was held in late June and included all the typical camp activities: morning devotions on the bleachers, morning and evening worship experiences, the Mission Moment, archery, crafts, recreation and fishing, Bible study, watermelon eating, smores by the fire, and even a camp store whose proceeds go to missions.

High school students, many who had previously attended Camp Connexion, had to apply to serve as camp counselors. Their work began weeks before camp started with training and cleanup sessions to prepare the site for campers. This year, they awarded a $500 scholarship to two of their graduating seniors.

This year’s theme was “Be Ready” from Matthew 24:44: “Therefore, you must be ready, for the Son of Man is coming at an hour you do not expect.”

“This is all centered on ‘let’s connect these kids to God,’” Little said. “The whole thing, the way it’s grown, has just been absolutely incredible. This is really what small churches need to be doing.” 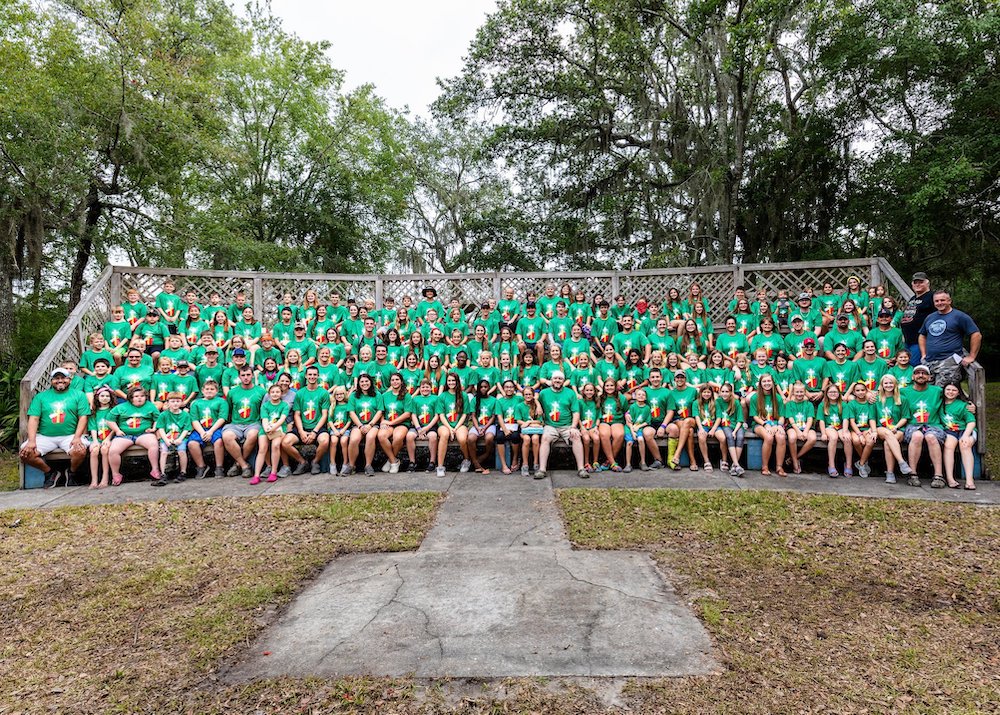 Despite COVID obstacles, The Rock Church is planted