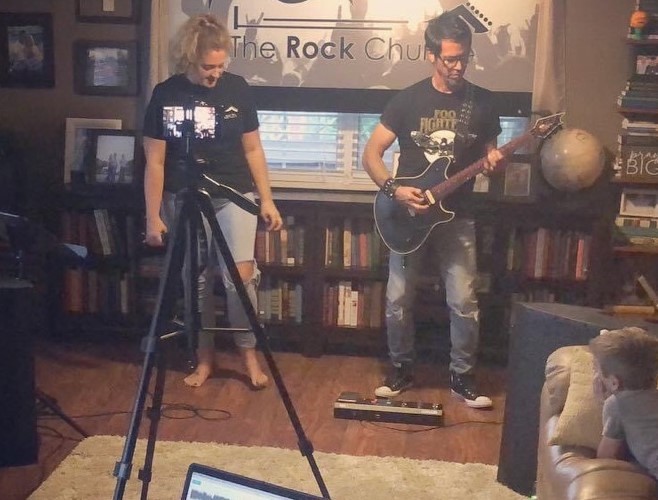 Despite COVID obstacles, The Rock Church is planted

Despite challenges imposed by COVID, the young church is moving forward and rejoicing in the unexpected provision of their first worship center located in Scottsmoor on the northernmost community on Florida’s central east coast.

Having launched The Rock in March, the core group of nearly 30 persons had three weeks of services at a local high school in Titusville, when “COVID forced us to reinvent ourselves very quickly,” said Longoria. The fledgling church switched to online services and continued to engage the community.

“We paid a local person to make facemasks and then we dropped them off at houses to keep in touch with people. We also visited and donated meals to firefighters as well as to faculty at the high school – to be the hands and feet of Jesus,” said Longoria.

Knowing that returning to the school would be difficult with today’s pandemic restrictions, the pastor and his wife, Ashley, began praying and searching for a location where their group could eventually resume worship.

At the same time, the few remaining members of First Baptist Church in Scottsmoor were also praying for a new congregation to occupy their vacant church buildings, about 15 minutes north from the Titusville community on U.S. 1.  They were willing to transfer the ownership of the property to maintain the gospel witness in its community. 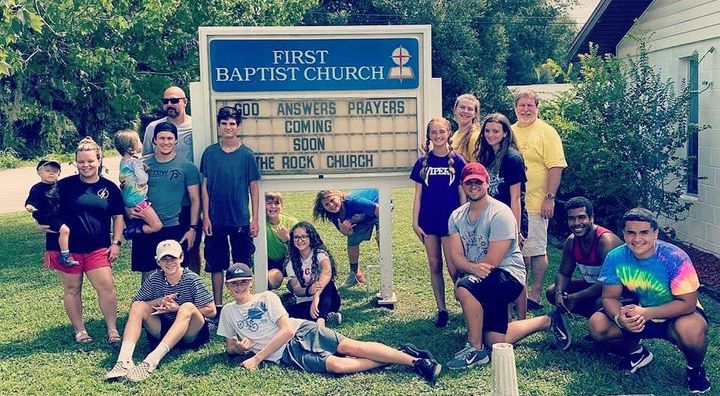 A meeting was held with the Scottsmoor group, who agreed to relinquish their property and buildings to The Rock. The process is underway for the new church to acquire the facility while church members renovate and paint the buildings in preparation for on-site worship.The new church hopes to re-launch in November or December and has eight people awaiting baptism.

Prior to planting the church, Longoria was a member at The Grove Church in Titusville where he served there as a leader of home growth groups.

“He was an amazing leader with growth groups,” said Barry Russell, community pastor at The Grove. “His groups would grow so much that they would have to split and begin another one. People looked up to him, he was ministering to many.”

In 2018 The Grove’s lead pastor, Brad Russell, approached Longoria about starting a new church. After a time of prayer, the couple felt God’s confirmation to move forward. After completing the North American Mission Board’s church planter Send Network Assessment in 2019, they were affirmed to plant a church.

Longoria quit his job as an electrician and formed a core group of 30 people, about half of them coming from The Grove.

Longoria, who comes from a background in the rock music industry, works to break down religious stereotypes to reach unchurched people and foster an environment where they feel loved and can hear the gospel.

He embraces his typical outfit of rock concert t-shirts and spiky bracelets as tools to start conversations with strangers. “I am true to who I am,” said the energetic church planter. “God looks at the heart, not at the exterior.”

The sponsoring church has a vision to plant 50 churches in coastal central Florida.  Although they have come alongside and assisted other church planters who were in the initial stages of starting, Longoria is the first church planter from the congregation.

According to Longoria, Craig Culbreth, east region catalyst for the Florida Baptist Convention,  played an instrumental role regarding the Scottsmoor church building, providing assistance and encouragement. “Craig is such a great resource,” he said.

“The main thing is that if God calls you to do something, He is faithful to complete it, even with obstacles,” said Longoria.