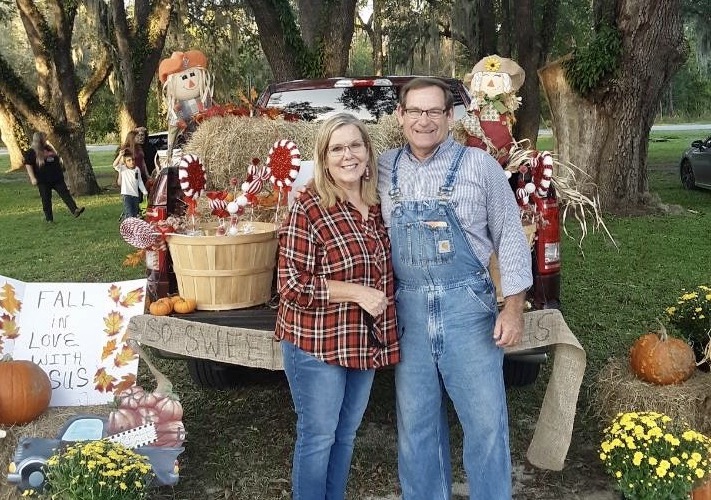 As associational strategist, Cannington serves as pastor to pastors

PERRY–For his new role as associational mission strategist for the Taylor Baptist Association in Perry, Henry Cannington is leaning on his 30-plus years of experience as a church pastor.

But instead of ministering to members of his congregation, as he has for the past 30 years at Corinth Baptist Church in Lake Park, Ga., he’s now ministering to pastors of the 18 Baptist churches in the north Florida association.

In his position now for just over a month, Cannington is enjoying the new role and getting to know all the pastors. He and his wife, Anne, even jumped in to help one of the pastors whose church hosted a trunk-or-treat event last month when a similar community event had been canceled.

Cannington referenced the biblical story of Paul in Acts 20 who pulls together the elders in Ephesus, working and sharing with them to protect the church.

“The church was edified, and it multiplied. Those are the two words that stand out,” he said. “That’s part of what I do as an associational mission strategist, to help the churches maintain doctrinal integrity but also, what I like to call evangelical intensity. Because that’s what it’s all about– working together to reach this world.”

In his role as pastor, Cannington worked with many young men from his congregation who felt God’s call on their life to become pastors. He hopes to start a similar emphasis in the association.

“I feel like another responsibility for the association is discipling these young guys, nurturing them, equipping them for the work of the ministry,” he said. “I’m jumping in there to help them, to plug them into going to the Baptist College of Florida,” located in Graceville. “I have a massive library that will help them.”

Helping these pastors train up younger pastors can help these churches reach the next generation, Cannington said. It can be like Elisha and Elijah, passing the baton.

With the heart of a church planter, Cannington sees the projected growth of Steinhatchee and Keaton Beach, both located on the Gulf of Mexico along Florida’s Big Bend region, as two areas ripe for new churches. “Just like a pastor looks to create new units in Sunday School–like a young adult class –you’re constantly looking for a group of people that are not being ministered to. Then you can start another church to reach them.”

Prayer ministry should also be an important part of any church, he says, citing Acts 4 when the early church began to pray with boldness.

“The kind of church that God blesses is one that has an amazing prayer life,” he said. “If we have that prayer life where we’re tapped into God and then we’re working together following God’s leadership, he promised us that he’d give us power.”

Cannington was set to retire in October with plans for he and his wife to travel to different areas and help struggling churches. But God had bigger plans.

“What excites me so much was that before I was just in my church. But now I can have an effect on 18 churches,” he said. “This is a combination of helping out some struggling churches and revitalization, but also starting churches and seeing revival take place.”