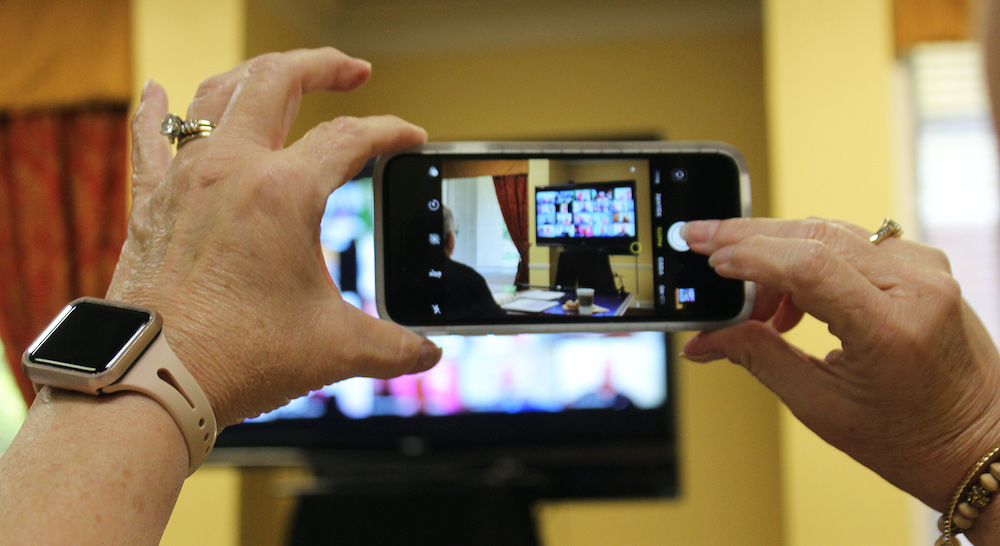 GRACEVILLE—Baptist College of Florida’s (BCF) Board of Trustees approved a partnership to impact bivocational and small church pastors across the state, tuition assistance for ministry students in West Virginia and an instructional program in two Florida prisons during its Oct. 20 meeting held virtually in Graceville.

The Board approved a scholarship partnership with the Florida Baptist Convention to impact the work and training of bi-vocational and small church pastors across the state. Tommy Green, Florida Baptists’ executive director-treasurer, addressed the proposed partnership noting the convention’s desire to provide bi-vocational pastors with the opportunity for theological training that would fit into their already cluttered schedules.

To underwrite the new program, the convention and college will evenly divide the cost of the students’ tuition. Both Green and Kinchen stated the program was close to their hearts and will increase effectiveness of Florida Baptist churches.

In further partnership action, the Board established a tuition assistance program for ministry students in churches affiliated with the West Virginia Convention of Southern Baptists. Prior to assuming the BCF role in 1990, Kinchen served as executive director of the West Virginia Convention. “Ruth Ann and I left a chunk of our hearts in West Virginia, and we have desired to do all that we can to assist with the ongoing development of those churches,” he said.

Kinchen said he attempted to establish such a partnership several years ago with no success. During a recent visit with the newly elected West Virginia executive director, Eric Ramsey, the discussion once again surfaced and the partnership to invest in the state’s students was welcomed. The proposed partnership must be approved by messengers attending the West Virginia Convention in November.

“With my history in West Virginia and the ongoing partnership of the Florida Baptist Convention with that Convention, it seems only natural that we would work with them in this partnership,” said Kinchen.

In other business, the new Prison Based Program of Instruction will be based on a cooperative effort between the college, the Florida Department of Corrections, and the Global Prison Seminaries Foundation. Instructional sites are planned at prisons in Bowling Green and Ocala, with the potential of involving up to 320 students per year.

The students will take regular classes for college credit that will be transferrable. Although not every class is theological instruction, every class will be taught from a Christian worldview, the BCF president said.

“This program will afford us the opportunity to provide top quality training for those individuals who will be effective witnesses for Christ and community leaders while incarcerated, as well as in their larger community after their release. This is a program of academic excellence as well as Kingdom growth,” Kinchen said.

The board meeting was held virtually to keep trustees safe while they discussed, approved, and voted on new programs for the college.  For more information about The Baptist College of Florida, please call 800-328-2660 or visit the website at www.baptistcollege.edu.

As associational strategist, Cannington serves as pastor to pastors

BCF Participates in 2021 FBSC, “Blessed Be the Tie: A Family Gathering”