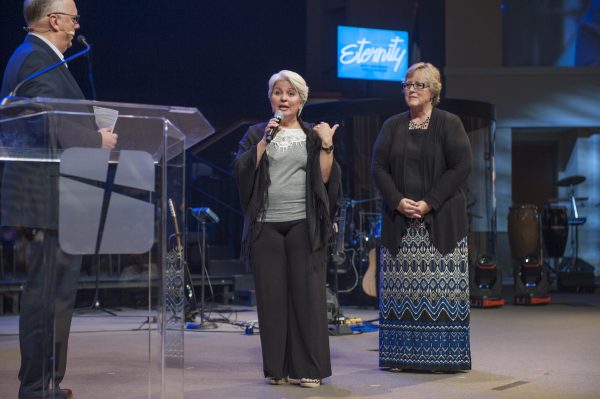 For Karla Rossi-Gonzalez, being the director of Women’s Missions and Ministry (WMM) for Dade and Broward counties is a blessing and an honor.

Cindy Bradley, director of WMM at the Florida Baptist Convention, initially connected with Rossi through email.

“She emailed me requesting information for her church’s women’s ministry,” said Bradley.

After the email the two met in person in Miami and talked through some ways Rossi’s church, Iglesia Bautista Coral Park, could get involved with missions.

Last year Rossi’s church had the opportunity to host the regional training for various events sponsored by WMM, which included discipleship conferences for pre-teens and teens. Rossi said church leaders from Miami-Dade, Broward and even Palm Beach County attended.

“Through my partnership and work with Cindy Bradley and Women’s Missions I’ve had the privilege of training women in churches of all cultures and I am very thankful for the opportunity,” she said.

The Women’s Missions and Ministry of the FBC organizes multiple events throughout the year for boys, girls and women across the state. Some of these include Royal Ambassadors for boys, the GLOW retreat for teen girls, which focuses on missions, a Girl’s Missions Party for pre-teens and a women’s retreat for ages 18 and over, with the goal of helping them develop spiritual maturity and become effective leaders. Other WMM ministry initiatives include Acteens, Girls in Action, Baptist Nursing Fellowship, Christian Women’s Job Corps and Ministers’ Wives Fellowship.

Bradley is right beside churches that want to develop or even begin a women’s ministry and get more involved with missions. Connect with Cindy by email or call her at 904-596-3141.