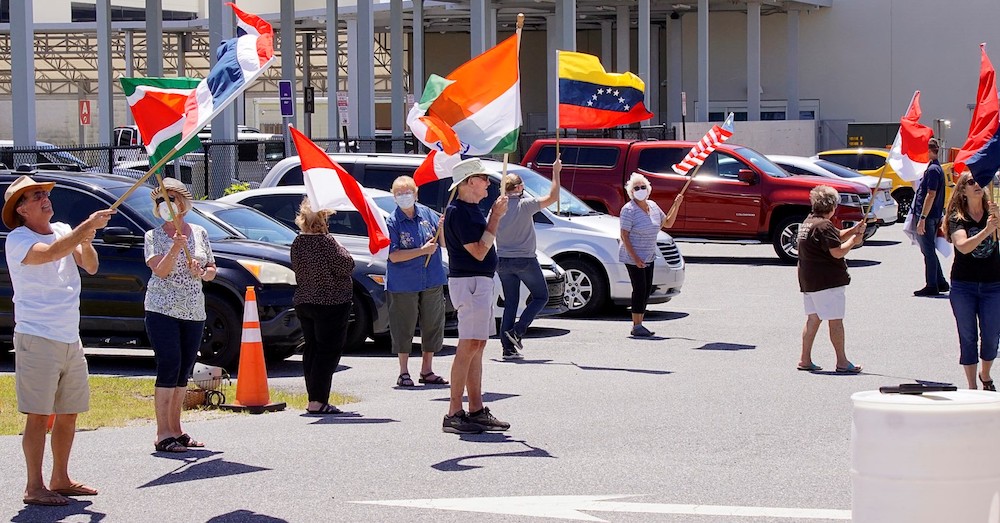 PORT CANAVERAL–“Where do we go from here?” was the question Mark Wodka, director of the Canaveral Port Ministry (CPM), asked the Lord in mid-March, as the COVID-19 quarantine restricted cruise and cargo ship workers from coming ashore and finding respite at the ministry center.

A ministry of the Brevard Baptist Association, CPM has been meeting physical and spiritual needs of seafarers for almost 23 years. During the past year, 48,000 visits were registered by crew members who came to the center to relax, enjoy a hot meal and use the free Wi-Fi to connect with family back home.

With quarantine restrictions enforced, a new approach was needed, and “Waves of Hope” and “Love Waves” emerged as two courses of action to minister to and encourage seafarers trapped on their ships.

“It was clear that the Lord was leading us to provide a spiritual opportunity,” said Wodka, who has served as director for the past seven years.  Since chapel services are held daily at the center, he decided Facebook Live would serve as best method to share devotionals. Beginning the week before Easter, devotionals have aired daily at 8:45 a.m. EDT, led by chaplains or volunteers.

The response has been huge with “literally thousands of people seeing at least one chapel,” said Wodka.  Some seafarers on the ships have started hosting Facebook Watch Parties, inviting other crew to view the devotionals with them. In addition, many seafarers who have made it back to their home country are also tuning in.

“We call it ‘Waves of Hope’ because we want people to have some hope in a dark time. They [seafarers] are all just trying to mentally survive.”

The quarantine is not just inconvenient but a life and death issue, as workers do not know when–or if– they will return to work or home.

“What is happening in the world? I am so worried,” texted one seafarer.  Some crew have committed suicide.

“We have recently made an anti-suicide video to encourage them to look out for one another, which we will share through social media,” says Wodka. 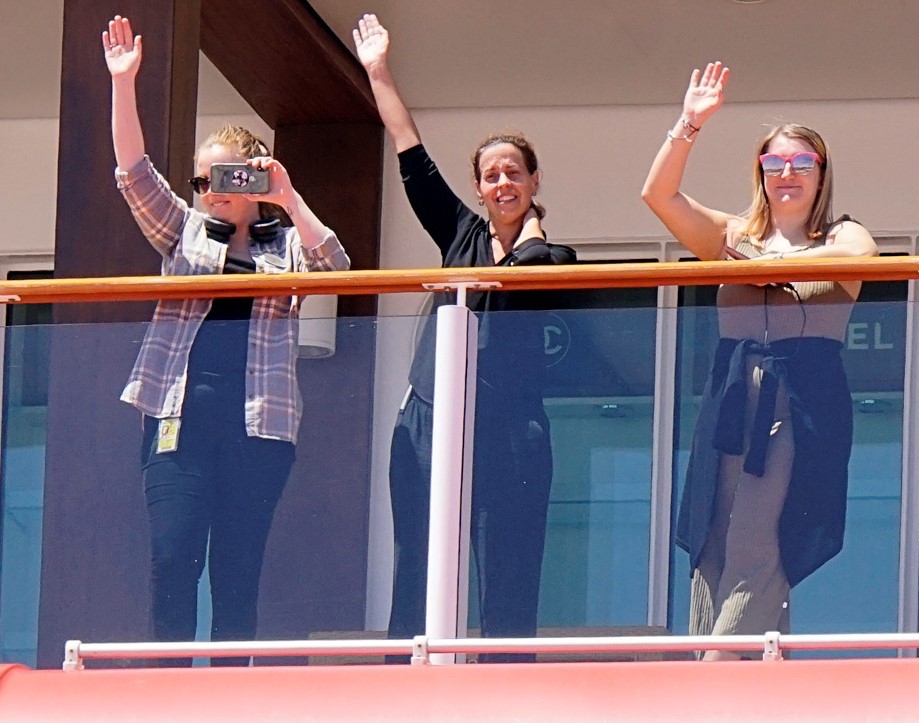 About eight ships take turns coming into port for a day and when a ship arrives, the center may be contacted asking for help in securing supplies.

“One cargo ship wanted vitamins, another wanted cases of water,” said Wodka. And for a container ship, the ministry staff made three trips to Walmart to find items the crew requested. Bibles, JESUS DVDs and other spiritual resources in multiple languages are also available to share.

Seafarers can use CPM as their delivery address for online orders. Pre-quarantine, the center would receive about 300 packages a day. As the boxes and packages began piling up, staff and volunteers started delivering them directly to the ships.

“Love Waves” is another way for CPM staff and volunteers to connect with and offer hope to those seafarers waiting to return home.

“Love Waves” happen about 4 times a week and last 10-15 minutes, as the volunteers go alongside a ship holding banners saying “We Love You,” waving flags from various countries, and shouting words of encouragement, as well as texting or talking on the phone with some. 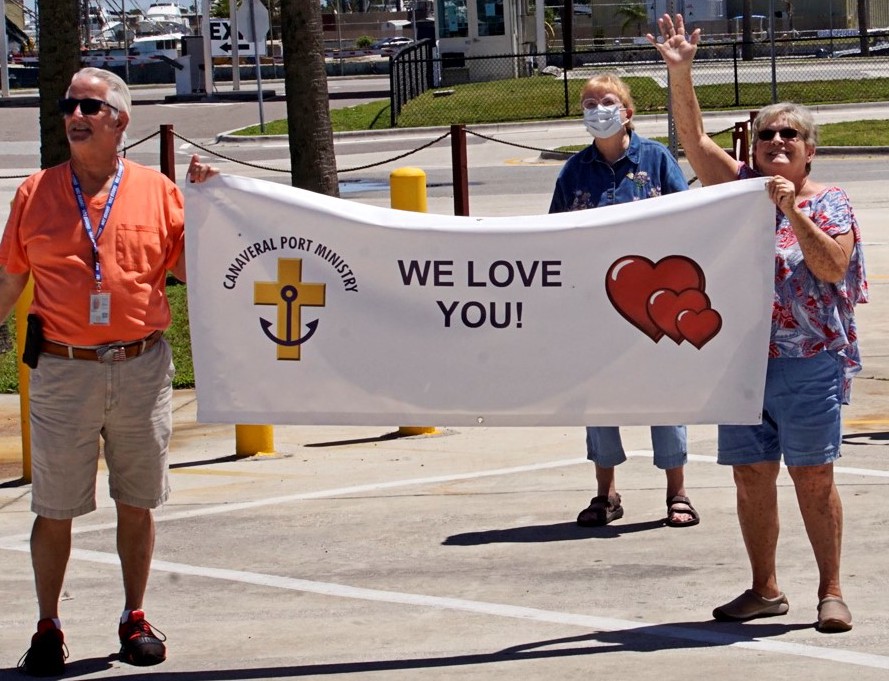 As the seafarers see them, they begin shouting and waving back, and hundreds have participated. Some ships officers come out to watch the volunteers cheer on their crew.

One seafarer shared in broken English, “I just can’t express myself that how much good I am feeling in my heart. You all made a moment of love, clapping, cheering, waving…made me to forget all my worries, loneliness. This is one of the best memories you gave me. I will never forget you all.”

These efforts, which CPM volunteers have also performed at ports in Jacksonville, Tampa, and Miami, have “really reached people in a great way, gives them a sense that they are not forgotten,” said Wodka.