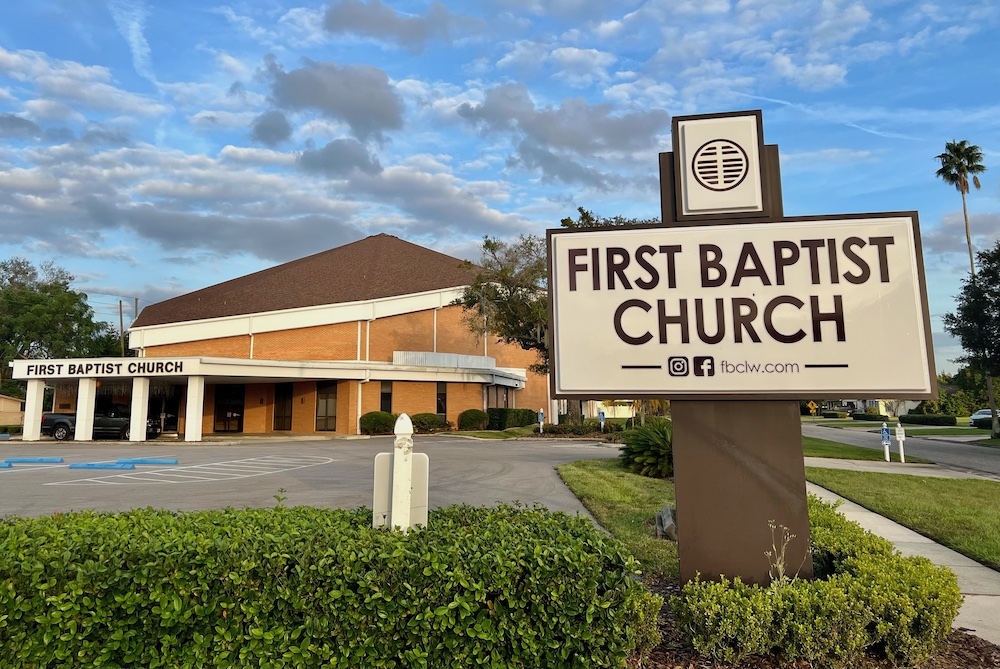 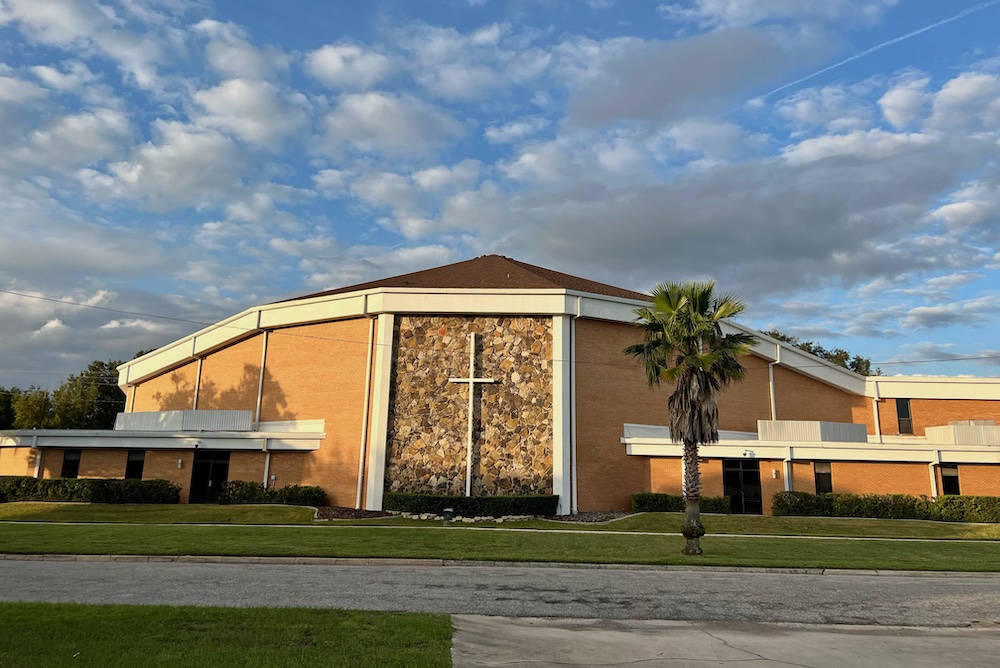 As the hosting church, First Baptist has opened the doors of its auxiliary building to two non-English speaking missions. One of them, Elim Baptist Mission Church, is a Haitian congregation of about 70 people who meet in the basement of First Baptist’s former building, now affectionately called the “Dome.”

“The Haitian church people can hear the Latino beat during their service, and the Hispanic congregation can hear the Haitian beat,” Markley said with a chuckle. “We have three churches on one campus. Nowadays, a lot of churches are into one church in many locations, but we’re the opposite of that; we’ve given these churches autonomy.”

When Markley accepted the pastorate 15 years ago, First Baptist had already built its new sanctuary and had turned its former building into a hosting facility for various events, such as weddings, weekly college and youth gatherings, and occasional women’s meetings. The Haitian church had already settled into the basement of the Dome. Then, Markley arrived with a new dream and a new plan.

“When I came here, I noticed there was an especially large Hispanic population,” said Markley.

'I long desired to start a Spanish-speaking church so this generation of people could attend a service in their own heart language.'

“I long desired to start a Spanish-speaking church so this generation of people could attend a service in their own heart language. I waited on God’s provision for a long time. Then I had a phone conversation with Jeffery Singletary.”

The Central regional catalyst for the Florida Baptist Convention, Singletary knew about a discipleship training program at Iglesia Bautista Central in Kissimmee. He spoke with the pastor, Alex “Edgar” Vasquez, and met Anthony De Jesus, a youth minister who’d been serving at the Kissimmee church for more than a few years and had been training with the discipleship program. Singletary was more than happy to help expedite the planting of a new Hispanic church in Lake Wales. He introduced Markley to De Jesus, and the rest is history.

“We talked through the process of launching that new Hispanic ministry,” Singletary said. “Pastor Anthony made a huge sacrifice leaving the church in Kissimmee. His wife was a teacher there, and he was on staff, so they had to completely unplug. It was very costly for them to relocate to that community, but it’s been very positive. Pastor Scott and the staff there are kind of giving birth to that church and allowing them to spread their wings and grow to another level.”

In addition to receiving help from the Florida Baptist Convention, assistance for the new launch also is coming from the North American Mission Board and Ridge Baptist Association, with partnerships on both local and state levels, Markley said.

To Markley, the Kissimmee church’s contribution was another answer from God.

“Our association has committed to plant 36 churches, and this is the first,” Petty said. “I worked with Dr. Markley as he began to pray about it. We discussed options. It does work better if an existing church is very involved in planting a church. It’s built-in support with some oversight and some guidance that’s present on the same campus.”

To De Jesus, pastor of Conexion, it couldn’t get much better than this. His church launched in September with five or six people, mostly family members, and has grown to 60 attending now.

While De Jesus did much of his training at the Kissimmee church, he said the seeds of ministry were planted within him while he was living in Puerto Rico.

“My pastor over there sent me to a Bible seminary of the Southern Baptist Convention,” De Jesus said. “In Puerto Rico, my wife said one day I should be doing something like this. I served in that church for three and a half years, then God called us to Florida.”

De Jesus said he kept silent about his dream to start a church here for three years. Then, he had a life-changing conversation with Pastor Vasquez, who told him he also recognized that he had a calling from God

“He started to prepare me more,” De Jesus recalled. “I never knew it was going to move so fast. I was an elder in 2019. Two years later I was ordained as a pastor. Four months later, I received a call from Dr. Singletary looking for a church planter. That’s all it took for me to go out.”

Meanwhile, the Haitian church is getting ready to move into its new building a mile down the road from First Baptist.

Reginald “Reggie” Romulus, one of three pastors at Elim, had many praises for the hospitality his congregation received while they’ve been meeting at the Dome.

“There is no word to express how they helped keep us going—the use of their building, no water bill, no light bill, no rent. The way they treated us, with kind love. It’s like the Bible says, to treat each other with respect. They’ve done everything in their power to help us go.”

When Elim settles into its new sanctuary, the Hispanic church will take over the vacated basement. De Jesus plans to turn it into a multi-purpose facility with a daycare, English as a second language program, and computer lab.

“That’s our plan,” De Jesus said. “We are tied to the Hispanic community directly. I would like to stay there for a long time, because we can give good use to that building, It’s a challenge, but God is doing the work, so we need to always rest on that fact. He will provide and do what we cannot do.”