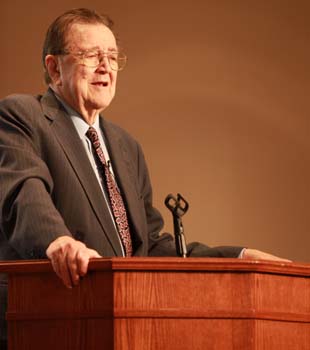 The life and ministry of Jess Moody

Jess Moody, founder of Palm Beach Atlantic University in West Palm Beach, died on December 7 at the age of 93.

Moody’s ministry in Florida began in 1961 when he was called as pastor of First Baptist Church of West Palm Beach, now Family Church Downtown. In 1968, Moody’s dream of starting a Christian college in the area became a reality as he became the first president of what was then known as Palm Beach Atlantic College.

Moody’s ministry went beyond Florida with impacts at the national level with the Southern Baptist Convention and in California at First Baptist Church in Van Nuys, which later became Shepherd of the Hills Church in Porter Ranch, California.

For more information about the life and ministry of Jess Moody, visit Baptist Press or Palm Beach Atlantic University.