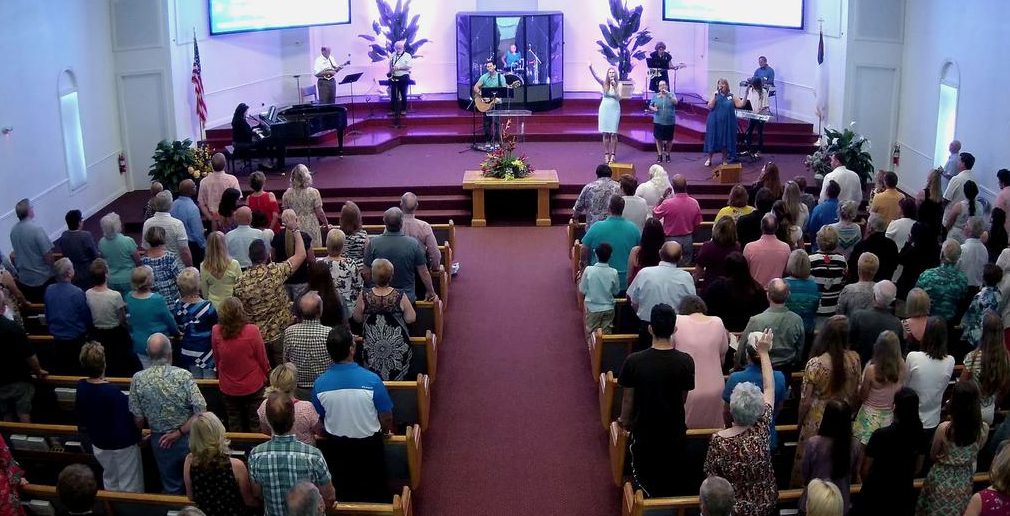 Having served in ministry for over 30 years, Chris Butler has been able to put his “heart for church revitalization” to good use over the last three years as the Senior Pastor of North Naples Baptist Church.

A month before Butler and his wife came in view of a call, they took time to present to the church what a revitalization plan would look like for North Naples, calling it a “radical change.” Butler presented to the church the vision of having a pastor-led ministry with accountability coming through the various ministry teams. Also, part of the presentation was a completely new set of Bylaws and Constitution.

With this new way of ministry and church function, came a shift in business meetings. Instead of having bi-monthly business meetings, the church voted to adopt an Annual Thanksgiving Banquet. Every November, the church gathers together around food, fellowship, and sharing how God is working in and through North Naples. At this banquet, the church is presented with the new yearly leadership teams and provided with a general operating budget. Not only does this gathering keep the church unified, but it also enables the church to have one mission – to make disciples.

“We remain laser focused on a simple church method – to make disciples. Everything we do is filtered through making disciples,” Butler said.

Since March 2016, North Naples has focused not only on reaching new people and making disciples, but also assimilating them into the life and ministry of the church. Butler has accomplished this by creating a four-week Newcomers Class, being intentional with greeters, encouraging new members to serve, and being persistent on guest follow-up.

“Each guest receives a personal phone call and card,” Butler said. He went on to say that they continue to ask themselves, “do we take seriously those who God has entrusted to us?”

With over seventy percent of the people attending North Naples coming since Butler arrived in March 2016, the church is excited about the future growth and ministry opportunities. When asked about the future of North Naples, Butler expressed excitement for the possibility of adding additional staff, worship services, and expanding their education space.

“Everything has to be bathed in prayer and we have to let that marinate…we have a lot of momentum,” Butler said.

Despite the long hours church revitalization often requires, Butler stated that ministry and kingdom work is all about the “realization that God rewards faithfulness. He is consistent and you can trust Him.” He went on to encourage pastors to pray for other churches in their area. “We are about kingdom building, not a competition,” Butler said.

Islamorada Church On Mission at Home and Abroad