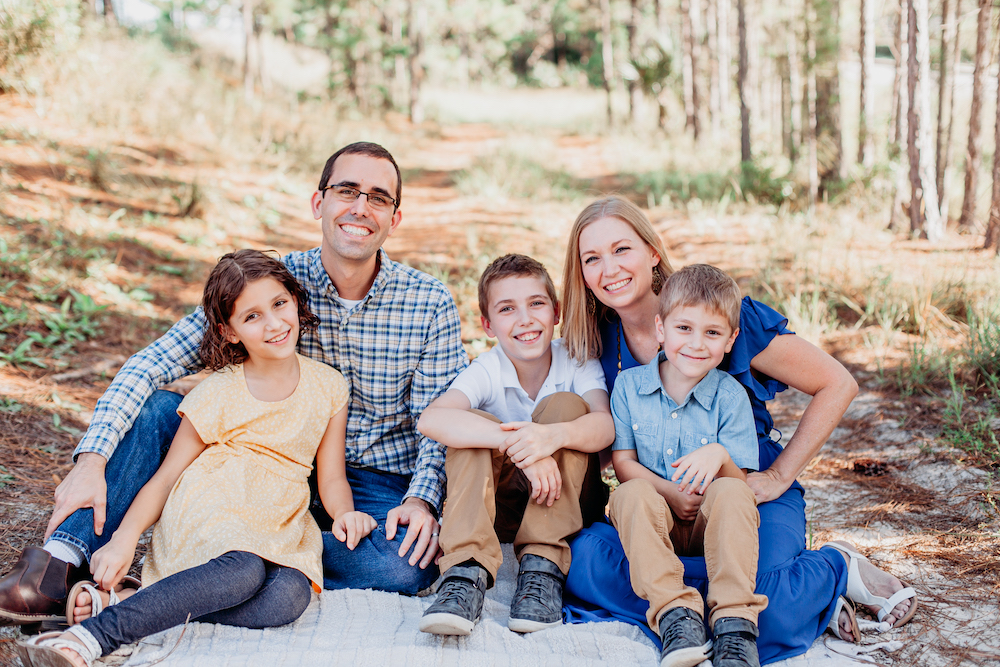 Jared Mitcham believes that most people have the wrong impression of missionaries. Rather than seeing missionaries as regular people following God’s call God on their lives, he says many have a different impression.

“A lot of people view missionaries as ‘super Christians’… I want to dispel that myth and help others understand that we are just normal people who are following God’s call,” Mitcham relayed. “Many think you have to have a seminary degree or be a preacher, and that you can’t just be an accountant or something else and still serve God.”

Serving God on the mission field piqued Mitcham’s interest soon after becoming a Christian as a freshman at University of Tennessee. The friend who witnessed to him also discipled him and, as part of that process, encouraged Mitcham to go on a mission trip. Wanting to share with others the change that God had brought into his own life, Mitcham went to the Philippines during his sophomore year of college. There, he experienced firsthand the impact missionaries can have in the world.

“I was able to lead someone to the Lord while I was there, and it was so cool to see how God orchestrated it. This person had been praying that someone would reveal the truth to her, and I came from a different part of the world to share that truth with her,” Mitcham recalled.

Jared’s wife, Amy, also sensed the call to missions early in life during a mission trip in South America – so much so that after she graduated from college, she did a three-year Journeyman term in Mexico with the International Mission Board. While she was in seminary preparing to go back to the mission field, she met her future husband.

After getting married, the couple applied with the IMB but, as the reality of being an international missionary set in, Jared became unsure about moving forward.

“The fear of living overseas, learning a new language and raising a family in a foreign culture made me unsure that I was ready to go all the way at that point,” he said. “I still felt the call for missions, and I felt that God was going to call us … I just didn’t know when.”

Between 2012 and 2018, Jared was on staff as the children’s pastor at Central Church (formerly Central Baptist Church) in Sanford. He also began to learn computer language coding and online digital marketing and worked in that field between 2018 and 2022, while Amy homeschooled their children and taught online English classes.

When the COVID pandemic hit, Jared, like many others during that time, reflected on his career and long-term choices and wondered what he could do with his life that would count for eternity.

“God kept leading us to missions, so in 2022 we decided to apply again with the IMB and go through the process,” he said.

The couple were approved for missionary service with the IMB, and on Sept. 28, they were part of a larger group of missionaries participating in an IMB sending celebration, a gathering which gives churches an opportunity to see who is being sent out by Southern Baptist churches and celebrate what God is doing in the mission field.

Jared, Amy and their children are now in Richmond, Virginia, at the IMB training center, where they are spending seven weeks learning about how to live in the field as missionaries – everything from how to fill out expense reports to how to witness to different cultures.

The training largely focusses on six steps of the missionary task: 1) Entry – getting in the country, learning the language and having a platform to share the gospel; 2) Evangelism – strategies for effectively sharing the gospel; 3) Disciple-making – helping people grow as disciples and teaching them to make other disciples; 4) Healthy church formation – seeing healthy churches develop around those groups of believers who are being discipled; 5) Leadership development – training some of those people to be elders, pastors and church leaders; and 6) Exit to partnership – taking on a less active role to encourage partners.

The Mitcham’s children are also going through their own version of the six steps, learning ways to share the gospel, discussing how to make friends, learning facts about the countries they will be going to, and meeting people from those countries to understand the different cultures.

After leaving Richmond, the family will spend most of 2023 in Mexico in language school and in 2024, they will move to Bogota, Colombia, where they will be serving as church planters working with the American Peoples who reside in Central and South America.

Jared said that although their main work in Bogota will be planting churches and evangelism, he will also serve as a microbusiness and social media catalyst, helping nationals who are trying to plant churches in Colombia to support themselves through microbusiness enterprises. He will be helping them come up with business ideas, create strategic plans and implement marketing activities. He will also use his background in digital marketing to help IMB connect people with churches and share the gospel.

Central Church has been instrumental in sending out the Mitcham family, helping them remain focused on the nations and God’s calling to share the gospel through evangelism.

“There is a constant reminder of that from the pulpit,” Jared said. “It’s hard to go to that church and not be reminded of our call to make disciples – that was instrumental in our going. During our training our church family continues to pray for and communicate with us … we’ve had opportunities to speak at the church and share what we are doing.”

'It’s not because we are so gifted or talented that our work is fruitful, it’s because God has promised to be with us.'

Now that they are being sent out and soon to be full-time missionaries, Jared sees God’s hand throughout the process and the years leading up to the sending celebration.

“There was a long time in my life when I was afraid to go because I was looking at missions incorrectly: ‘I’m not spiritual enough,’ or ‘I’m not this or that,’ when I really needed to have the attitude that Joshua had in Joshua 1:9, when God called him to be courageous, ‘Fear not for I’m going to go with you.’ And Jesus said the same thing in Matthew 28; He’s going to go with us. It’s not because we are so gifted or talented that our work is fruitful, it’s because God has promised to be with us.“

“That’s the thing that’s going to sustain us – knowing that God has promised to be with us wherever we go.”

Garold Smith lives in Fleming Island and is an active member of Hibernia Baptist Church. Garold is a graduate of the University of Colorado – Denver and has spent his career in public relations, community engagement, marketing and communications. He and his wife are parents to two grown children. Garold enjoys reading, music (listening and playing), spending time with friends, and growing in his relationship with Jesus Christ.